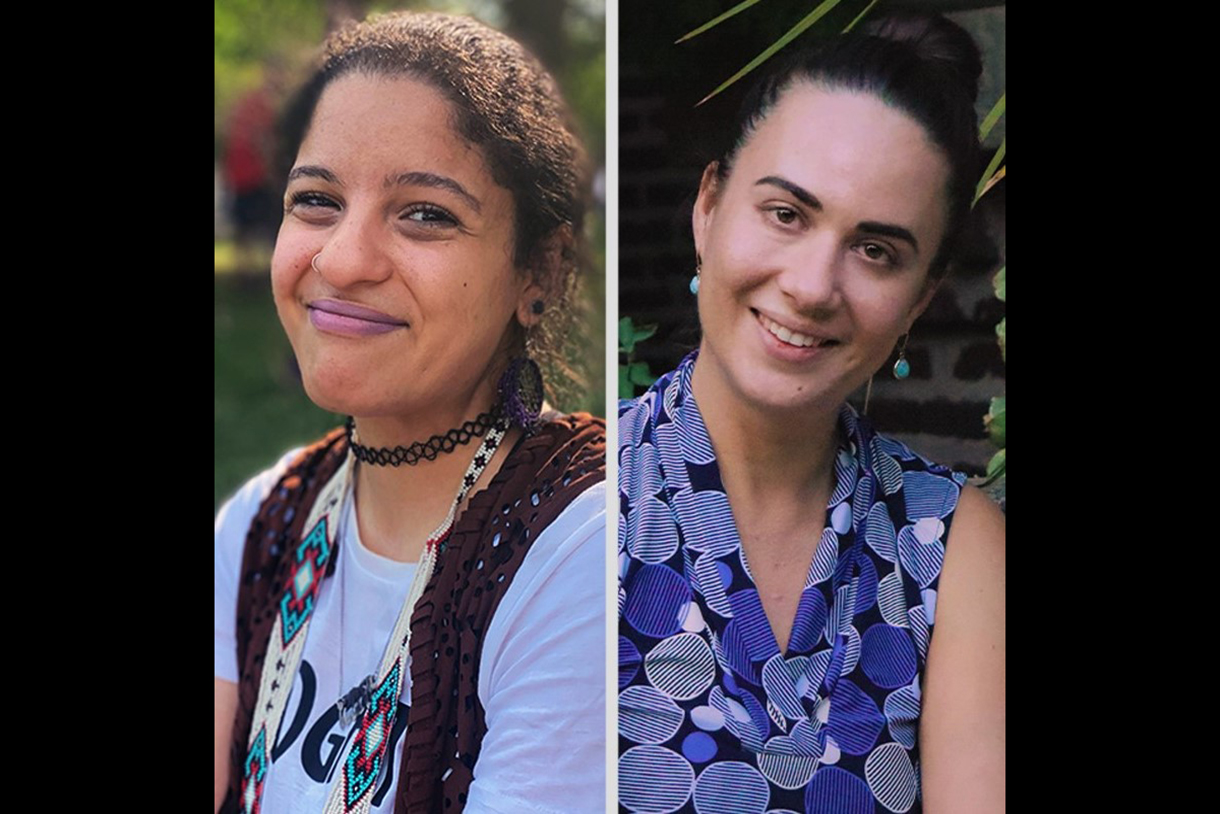 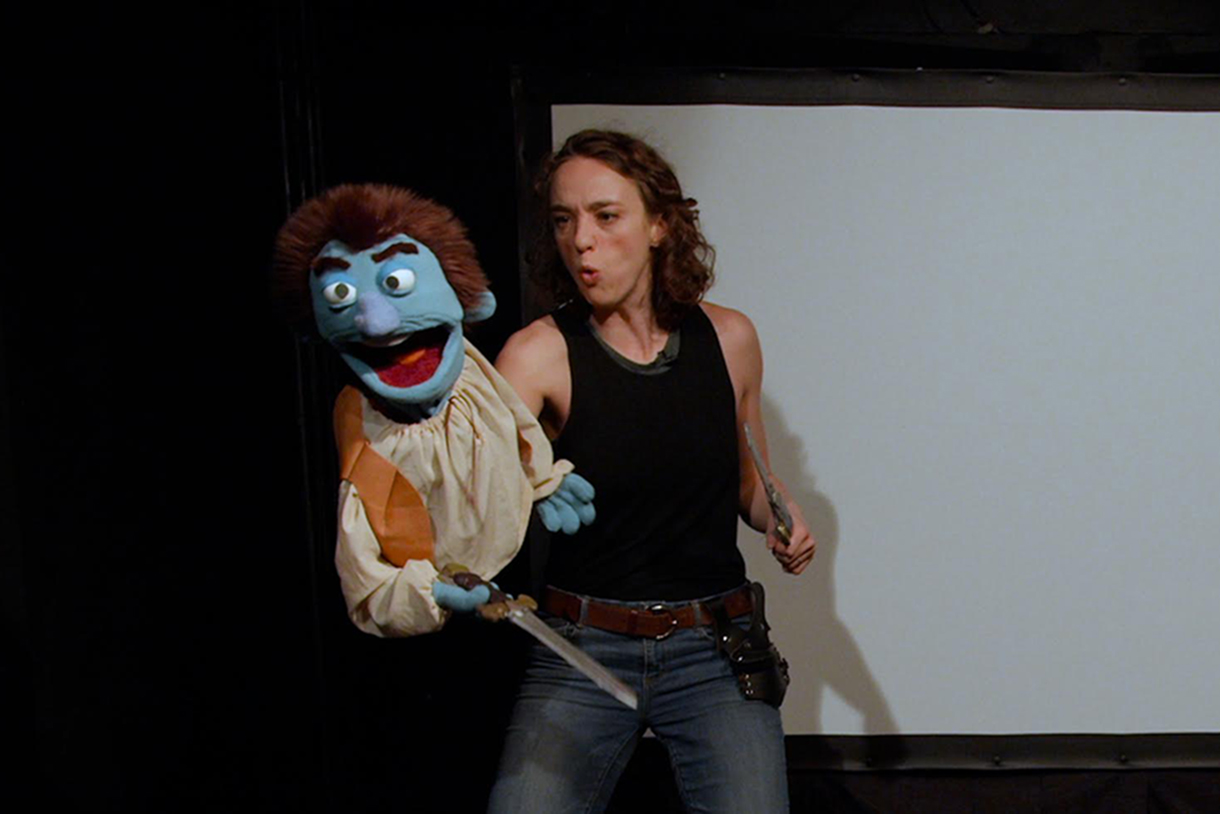 Columbia College Chicago is pleased to announce the screening of the alumni-directed feature film, One Woman Hamlet, at the 2022 NYC Indie Theatre Film Festival, as advertised in Broadway World from February 10-20, 2022. Cinema and Television Arts alums Kseni Avonavi, MFA ’19, and Ayesha Abouelazm MFA ’17 co-directed the film, which explores creator Kate Smith’s mental health struggles through the lens of one of Shakespeare’s most popular narratives. The goal of the film, as Smith has articulated, is to tell viewers that “during this time of uncertainty and despair, we could all use a little hope and the reminder that it’s O.K. Not to Be O.K.”

One Woman Hamlet challenges traditional modes of communication from the start: by using loop-stations, puppets, projections, and music, the show encourages the audience to consider new ways of confronting difficult and sometimes triggering emotions. However, rather than present common but destabilizing emotional crises in a vacuum, One Woman Hamlet strives to provide a solution and resources. The show was created in partnership with Hope for the Day, a suicide-prevention organization committed to education and outreach.

Smith, who wrote One Woman Hamlet, came to the project from her own past, in which “she consumed stories where characters faced the repercussions of mental illness, but no one spoke about the cause and effects.” Deciding this should change, Smith wrote her own. She connected with Avonavi and Abouelazm when she decided to take the story from theatre to the screen. Both filmmakers had devoted significant time during their tenure at Columbia College Chicago to challenging accepted societal norms and remain dedicated to stories with strong female leads and a commitment to social-justice-driven narratives.

Community remains at the heart of this work; Abouelazm and Avonavi have previously worked together on Abouelazm’s recent short film, “Otherwise a Woman,” as well as on Avonavi’s critically-acclaimed short film first produced at Columbia, “Jack and Anna,” which is now available to screen on filmshortage.com and Beyond the Short. It was in the production of “Jack and Anna” that Abouelazm and Avonavi met Smith, who played Jack/Helen.

For this team, which remains committed to producing content that speaks to audiences in need, “The hope is to either offer this filmed version to Chicago schools, or to continue to tour when it is safe to do so.” Online, the film is bolstered by strong community-building content that engages deeply with issues others might turn away from. Over sixty-eight weeks, Smith chronicled her experience building out One Woman Hamlet and her journey researching mental health as a topic of personal interest. From offering readers uplifting tidbits (did you know that popular artist Billy Joel has dealt with depression at various points in his life?) to providing suggestions for further reading (Tim Ferris’ blogs and Mithu Storoni’s book both come highly recommended), Smith reveals her commitment to engaging with the complicated world of mental health in its entirety. Her holistic method of representing a multi-faceted and complicated narrative through many modes of performative discourse in One Woman Hamlet attest to this commitment.

For more information, visit the official website of the film here.