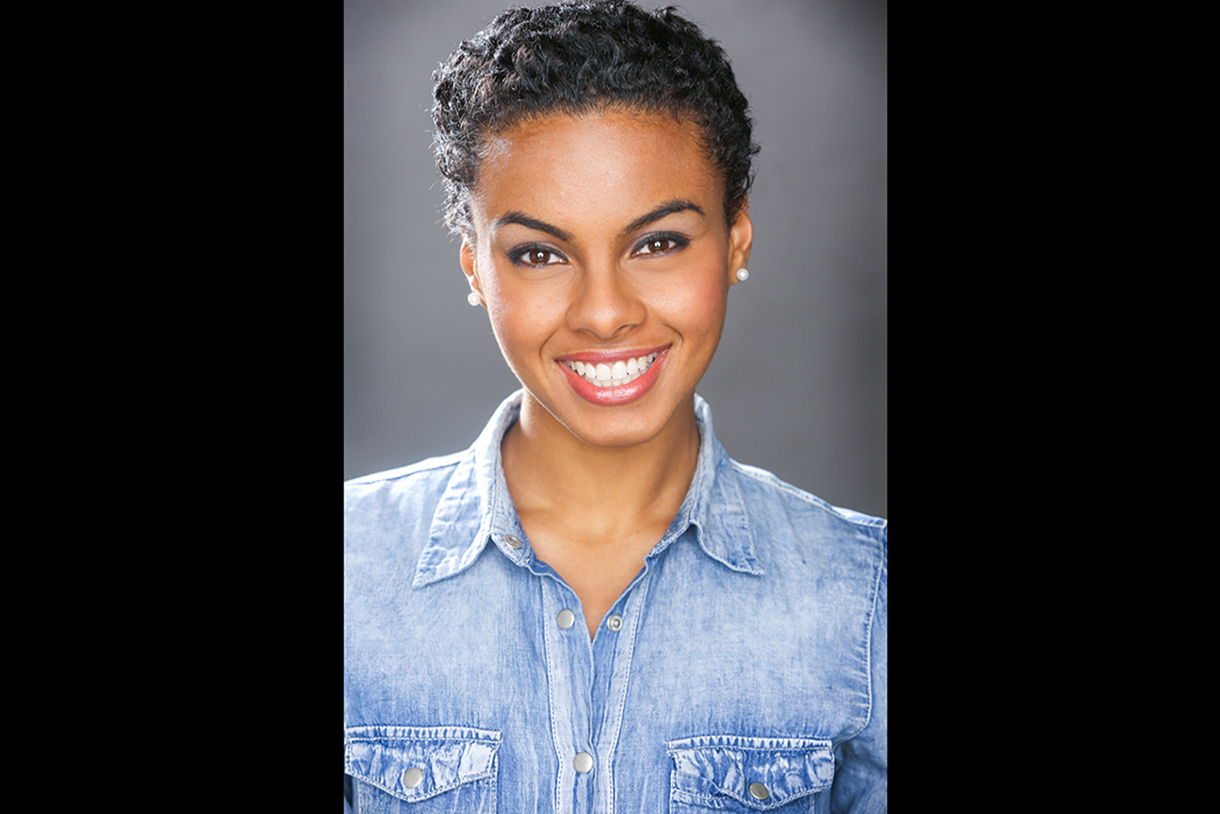 Taylor Mason shares what inspires her writing and filmmaking, merging it with advocacy, and what's to come after Columbia.

As early as 12 years old, Taylor Dominique Mason knew she wanted to be a filmmaker. She grew up watching films with her family, from John Carpenter horrors to Spike Lee, but says it wasn’t until she started watching shows like Girlfriends, which were written and developed by Black women, that she realized it was something that she could do. She fell in love with the idea, but felt the pressure to move into law or a more traditional career path that her parents wanted for her. After years of working as a writer, producer, and healing arts facilitator, Mason is now completing her final semester in Columbia’s Cinema and Television Producing MFA program.

Mason says her upbringing “between the vibrant chaos of early-‘90s Los Angeles and the farmlands of California’s Central Valley,” and at the intersection of different cultural, political, and racial backgrounds, informed and inspired her curiosity in both filmmaking and social justice.

After earning her undergraduate degree in International Development Studies from UCLA, Mason spent seven years working in politics and community organizations advocating for gender justice and an end to mass incarceration. Throughout this time, she continued to write, and volunteered with film and theater organizations in Los Angeles, London, and Chicago, while working as a production assistant on independent and large-scale productions (such as Warner Media’s Vengeance).

She was drawn to a career that would keep her connected to those issues, but writing and filmmaking were always in the back of her mind. Eventually, she began exploring ways to merge film and social justice. “Now that I’m at Columbia,” she said, “I have a better grasp of my storytelling and filmmaking skills to make that happen.”

As she completes her time as a graduate student, Mason describes her film practice as an expression of her existence between worlds, and an exploration of intimacy and ancestral connection. She is often driven to create stories reflective of her own heritage as a queer Black multiracial woman, while imagining and expressing the untold, nuanced stories of marginalized people. Themes of family and intimacy —particularly among women of color as mothers, daughters, lovers, and sisters — play a central role in her work.

“My goal as an artist is to leverage my background and experiences as a community healing artist to explore film’s potential not only to generate dialogue surrounding issues of historical, racial, and intergenerational trauma, but to explore the film medium’s potential as a device for emotional and interpersonal healing among audiences,” explains Mason.

Mason was recently nominated for the Princess Grace Foundation award – an unrestricted grant for emerging filmmakers and artists who are new in their field, while also providing them with opportunities to network and meet other creators. Past awardees include Oscar Isaac and Nikyatu Jusu, for whom Mason says she has great respect. If she is awarded the grant, she would use it toward the production of her next short film.

For now, Mason is focusing on her final thesis, which she describes as a dramatic short about three estranged siblings who must decide where to spread their dysfunctional father’s remains. “There’s a bit of comedy there, but the story centers each character’s journey toward closure,” she explains.

Through working on her thesis at Columbia, Mason says she has continued to learn and evolve as a filmmaker. “There are times where I have felt the pressure to tone myself down, or make myself smaller in order to not come off as intimidating or overbearing to others. But this project really forced me to set boundaries with others, to speak up for what I wanted, and to name when something was not going right,” she said. “It’s definitely made me more confident in my ability to follow my gut, to delegate, and to be diplomatic when it comes to solving problems and ensuring that everyone feels heard and cared for.”

She is also in pre-production for another short entitled ‘Grist’, which follows an insomnia-ridden musician who endures an otherworldly experience that forces them to choose between healing from their assault and seeking revenge against the man who harmed them. “It’s my first experimental piece that I wrote and will direct, so I’m looking forward to bringing it to fruition.”

In addition to growing as a writer and filmmaker, Mason says her time as an MFA student at Columbia has also been a crash course in time management. Her biggest advice for new and future students is to simply write, but also don’t feel like you have to say “yes” to everything.

“I know a lot of us establish a broad interest in order to find out what aspect(s) of film we’re drawn to, but across the board from screenwriting to grants and pitching, I think being able to write in a vivid way really helps others to understand the stories you want to tell,” she said. “Time management is huge for me because I’d rather say no to several things and focus so that I have 1 or 2 solid projects, rather than spread myself thin and leave without having anything that I’m truly proud of or that I feel like is going to move my career forward.”

After graduating, Mason hopes to join the faculty of a university film department to support young filmmakers in their educational journeys. “I envision a career in which I collaborate with a diverse range of artists and thinkers to tell stories that fuse documentary, speculative fiction, and experimentalism with critical ecology and earth-based healing practices to critique current global affairs and to pose imaginative solutions,” she said.

All the while, she will continue to write, direct, and produce her own work – always exploring themes of spirituality and healing through experimental narratives that invite audiences to interrogate their own emotional landscapes.