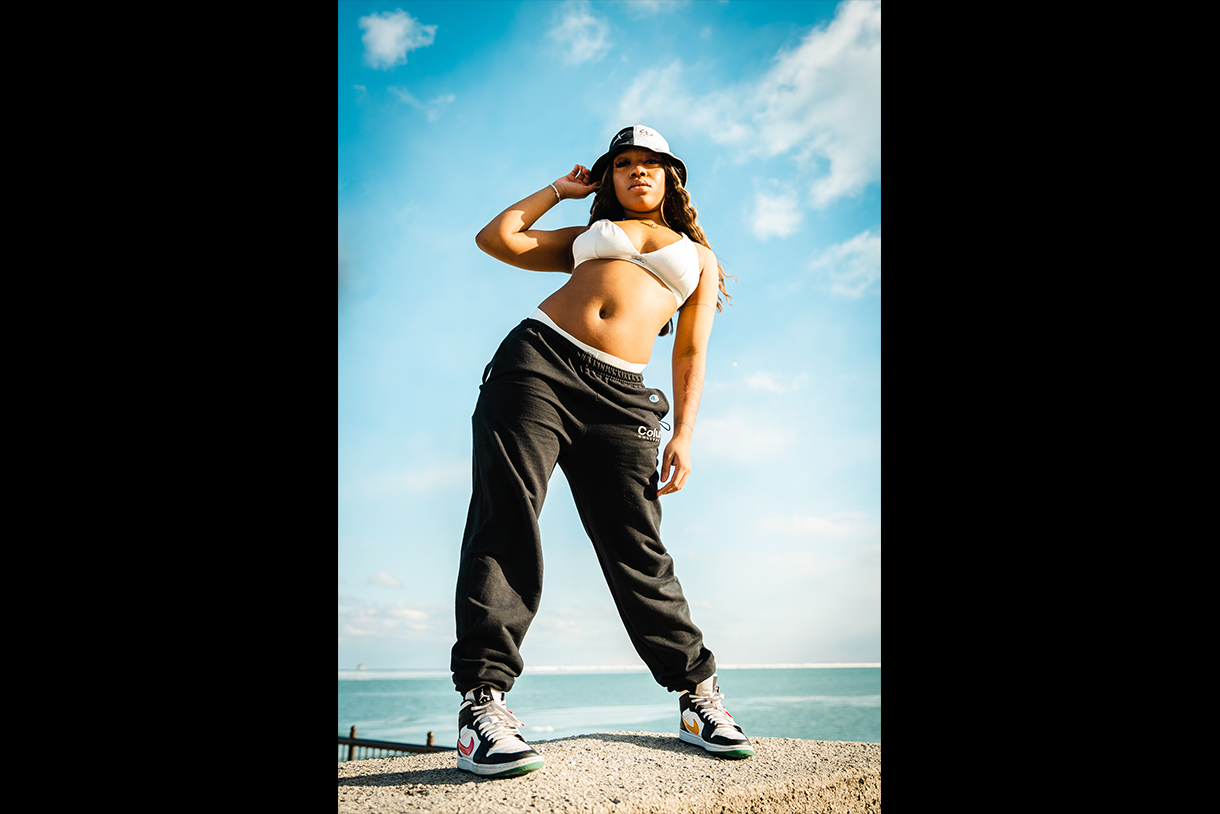 Dance Student, CK "Deadshot" King
Columbia student tells us why she chose Dance over a pre-med education and how it’s paying off.

It was just one week before staring her pre-med program in Alabama that CK “Deadshot” King received a letter in the mail from Columbia College Chicago telling her they were expecting her in the fall. At the time, King had already accepted a full ride for the pre-med program with plans of becoming a surgeon.

Throughout high school, King felt that regular classroom settings didn’t hold her attention. However, when it was time for gym class or dance practice, she’d have newfound energy and excitement. But as much as she loved to dance, she had made the choice to move in a different direction as she considered her financial stability. “I was set on becoming a surgeon. Plus, I had family members in my ear talking about how I would struggle as an artist and that I could never make it as a dancer.”

When the letter from Columbia came, “I thought long and hard,” says King. “I knew Columbia was the place I needed to be. It had been my number one school even before my senior year in high school. I had researched colleges and universities that offered dance and Columbia was the only institution that had Hip-Hop included in the curriculum, which is crazy to me.”

Although King didn’t have any formal dance training at the time, her research led her to believe that Columbia was an inclusive school that accepted students with no formal training. “From the outside looking in, Columbia felt like a judgement-free place where I could be myself and develop at my pace while being supported through every step.”

Now in her third year at Columbia and set to receive her Bachelor of Arts in Dance in the fall of 2024, King reflects on her decision to go the dance route. “The more I have gotten to know myself during this journey at Columbia has shown me that taking that risk was worth it. My life would be so different had I not chosen dance over medicine.” The more her family saw what Columbia had to offer and how it was elevating her dance practice, the more they recognized how happy she was in her decision to pursue dance.

Since enrolling at Columbia, King has become very involved in the school and its dance community. She is the captain and coach of the Renegades Hip Hop Dance Team, a member of the Black Student Union, a member of the Student Programming Board, and a leader at Engage Columbia, a program that helps new students become acclimated to the school. In addition, she is a member of Boom Crack Dance Company (BCDC), a Chicago-based professional Hip-Hop dance company which was founded by Columbia faculty member Trae Turner. She has also founded the Black Artistry Chapters, a student-run organization that puts on events and shows that highlight and uplift Black artistry and Black creatives.

Although King has had the opportunity to both demonstrate and grow her talents with multiple projects during her time at Columbia, the one that she’s most proud of is her first Black Carpet Showcase, an event featuring Black creatives—singers, rappers, dancers, fashion designers, painters, and poets, which took place at Columbia this spring. “I wanted to create something Black people at Columbia could call their own,” she says. The showcase served as a charity event for The Color of Autism Foundation, a nonprofit organization dedicated to educating and assisting African American families with Autistic children.

“During the small amount of time I have been at Columbia, I have done so much in my field. I have gotten jobs through teachers, peers, and outsiders who have seen me perform at school-related events. More specifically, my teachers have been a huge support system career-wise and really care about students’ mental health,” says King. “Columbia has taught me to be unapologetically myself, to stand up for myself, to speak up for others who can’t, and that anything is possible.”