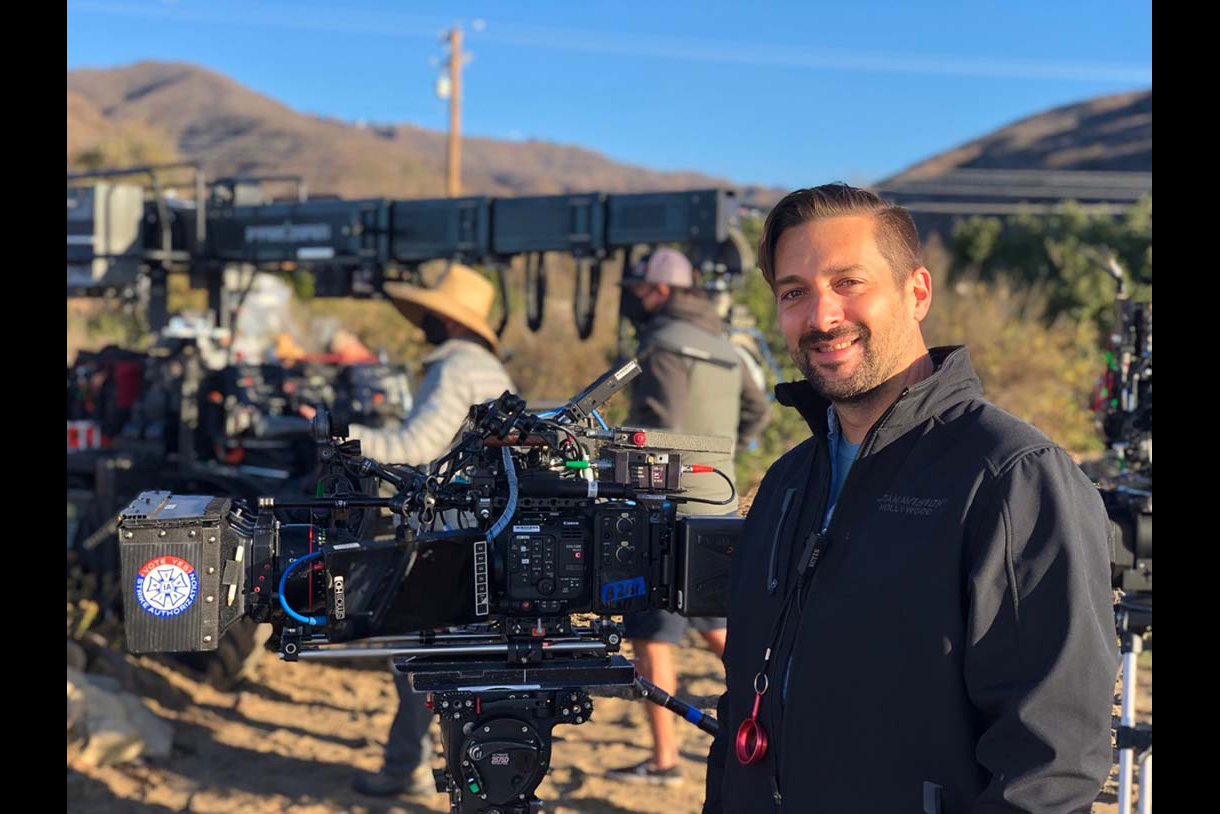 Luke Miller '05 worked behind the camera on the show "Grace and Frankie." 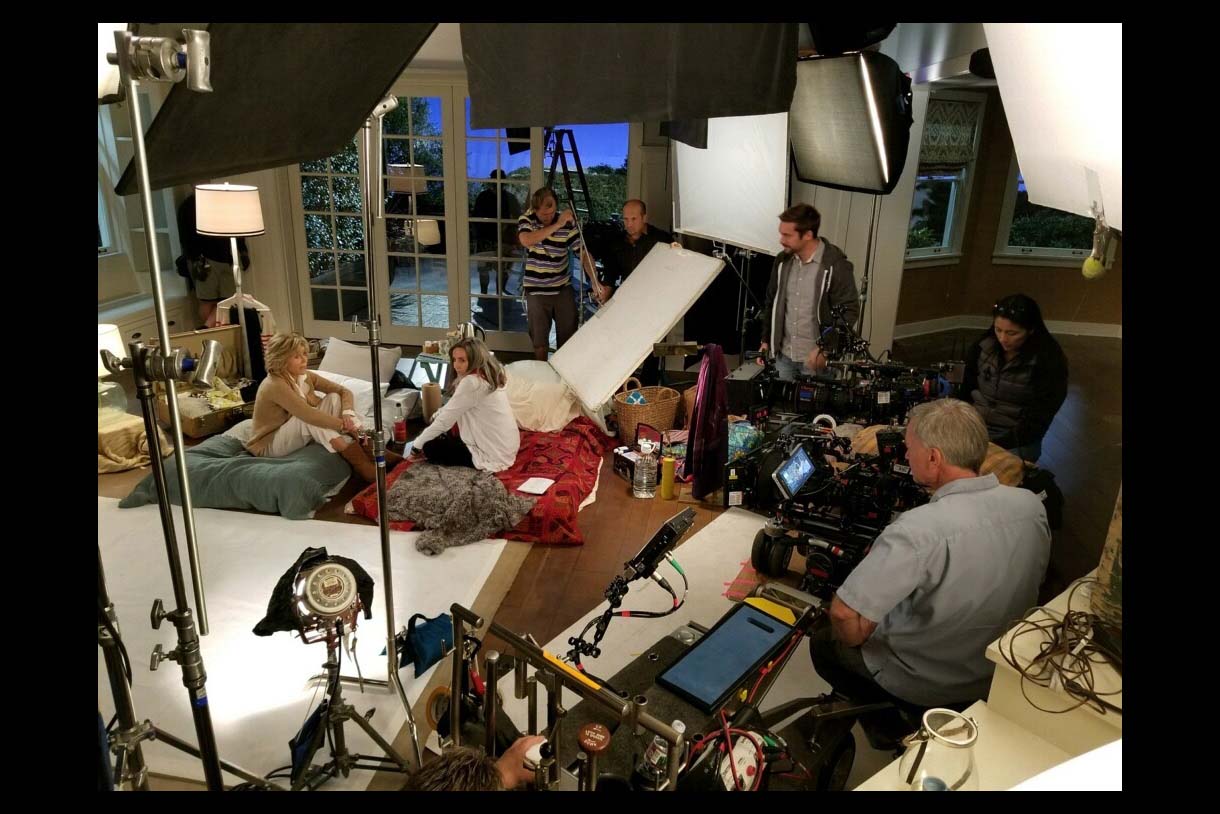 Last Spring, Luke Miller ’05 wrapped up a seven-season stint working on the hit show Grace and Frankie starring Hollywood legends Jane Fonda and Lily Tomlin. During his time with the show, he transitioned from gaffer to director of photography (DP). This achievement checked a significant box on the 10-year life plan Miller had mentally outlined when he first came to Los Angeles. And it attests to the success of Miller’s primary professional strategies: Make connections and just say ‘yes.’”

In fact, it was a ‘yes’ that lead Miller to LA in the first place. He had been working in indie films in Chicago after graduating from Columbia with a degree in cinematography and film and television production. While initially interested in directing at Columbia, he eventually became enamored by the world of lighting and cinematography. When his then-girlfriend/now wife was accepted into the Directors Guild of America (DGA) training program in LA, an opportunity for an LA move presented itself. “I knew I wanted to move to Los Angeles,” he says. “All I needed was that little push.”

Once there, he immediately reached out to his Columbia contacts in LA, many of whom he had met in class and continue to be friends today. “I was just calling anyone I knew who had already moved to LA and saying ‘Hey, I'm here. I need work if you have anything,” he says. “And it worked surprisingly quickly. I had a mental mode of saying yes to everything. I did not turn down a single job for something like four years after I moved here unless I was already working.”

That meant agreeing to every job, even if the rate was low, even it was a night shoot, and he had a shoot the next day. Miller served as lighting technician, best boy, gaffer, whatever he could get but with his eye always on being a DP. At one point, he landed consistent work gaffing Hallmark movies, but later left for a web series called “Quarterlife,” created by television heavy-hitters Marshall Herskovitz and Edward Zwick. A novel idea at the time, the web series failed when brought to network television but helped Miller gain his membership to the electrician’s union as a gaffer, a huge door-opener. This led to jobs in the movies Fame and Dance Flick and shows like New Girl and Switched at Birth, with larger shows and movies giving him an on-set education about the DP role.

“I was doing my job as an electrician, but I was watching the DP,” he says. “And I think that made me a better electrician because I didn't need to be told as much information. If you told me you needed to put a certain light over in a certain area, I had a pretty good guess of what I was supposed to be doing with it.”

While working on the set of Warren Beatty’s film Rules Don’t Apply as an electrician, a veteran gaffer asked the crew for gaffer recommendations for an upcoming show with Fonda and Tomlin, a job the veteran had passed on.

"I said, ‘I would like that job, sir,” Miller recalls. “But I’m working for him as an electrician, so he didn’t know anything about where I’ve come from or what I’ve done; he didn’t immediately take me seriously.”

When the veteran asked Miller if he could put together a crew, Miller said ‘yes’ and earned the veteran’s recommendation. That night, Miller made calls to his network, formed the team, and eventually got the job at Grace and Frankie.

“Years later, the DP told me that he couldn’t possibly not give me the job because I was so enthusiastic and I was so ready,” Miller says. “And I thought I had just listened through most of the interview.”

That same DP would play a critical role in Miller’s professional development. As the scouting and filming demands of the DP role grew at Grace and Frankie over the years, producers decided to add on another DP. The existing DP insisted that Miller should be that person.

“I remember thinking that this is exactly what I wanted…to be able to make that move on a show that was basically a family surrounded by people who I already knew and trusted,” he says.

Since the show ended, Miller has worked on several shorts as a DP and he recently signed with the Murtha Skouras Agency, which is helping him plot his next move because that 10-year plan is now complete. “All those things have now been accomplished …. working as a DP, getting a house, having a kid,” he says.