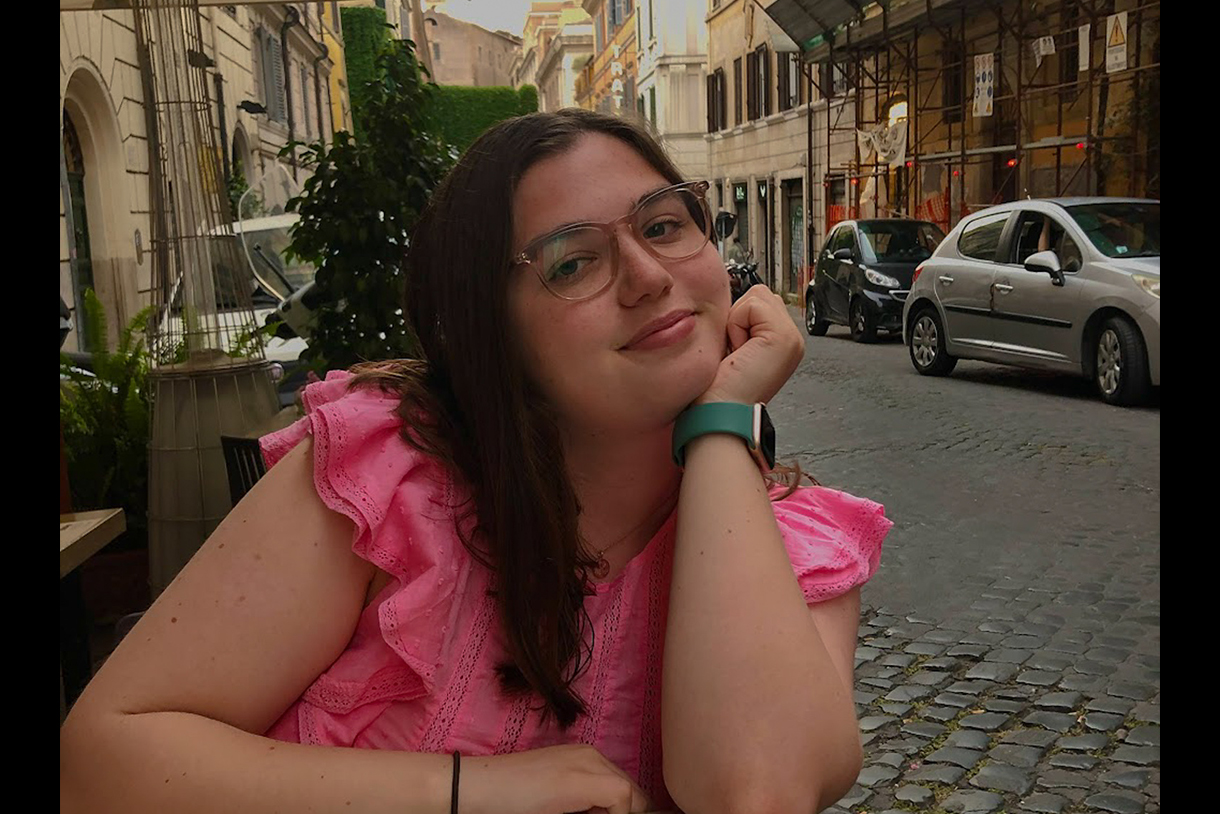 While studying in the Czech Republic, Kate Apostolacus looked back at the road that led there. When she started at Columbia as a freshman in 2019, she wasn’t sure what career path she wanted to follow. Seven hundred miles away from her New Jersey home, she promised herself she would focus on finding herself and her path. But when the world seemed to come to a halt in early 2020, she felt like her plans were put on pause.

Kate made good on her promise during her sophomore year, however, when she applied for and landed an internship off campus at a company known as Do312, a paid membership program that provides access to special events in the Chicago area. “This opportunity was a great way to get introduced into the industry even when things were mostly closed," she says crediting her career advisor at Columbia’s Career Center, Tom Joyce, with supporting her in her search for the right role.

“By my second semester of sophomore year, I had been promoted to join Do312’s national company, DoMORE through which I got to help in the company’s expansion to various cities across the United States.

“I was the only student from my high school to move to Illinois and the only one who moved to the Midwest from New Jersey,” she says. “As soon as I first visited, I fell in love not only with the school, but with Chicago as well. With a school so incorporated into the city, it felt like I was getting the best to both worlds.”

In addition to her internship at DoMORE, Kate was also hired as an Orientation Leader at Columbia during the summer of her sophomore year. “These two experiences over the summer and fall helped me launch my internship in the spring of my junior year as a creative design intern at a company called Bowery and Bash,” she says. “For this internship, I really got to work hand in hand with my major and minor, something that had been my goal for a few months. More importantly, this was my first time having an in-person internship and I learned how much I loved being in a creative space with hands-on experience.”

Kate also had the opportunity to be involved in Columbia’s Student Government Association as the Mental Health Senator. “This position was one that I was elected for in winter 2021 and have held ever since. Mental health is a huge priority not only to me, but to a lot of students on campus,” she says. Kate also serves on the executive board of Columbia’s newest business club, Leaders and Innovators for Tomorrow (LIfT.) “It is an honor to work with students on campus and in student government.”

Now an Entertainment Marketing major in Columbia’s Business and Entrepreneurship Department and minoring in social media and digital strategies, Kate is set to graduate in the spring of 2023 with real-world marketing experience under her belt. This summer, she took advantage of Columbia’s study abroad program and enrolled in a Global Marketing elective that made it possible to travel to Prague, Czech Republic and work with a top makeup company, Dermacol.

“Even though we were there for academics, we were still able to have time to socialize with the group and learn so much about Czech culture,” said Kate. “My favorite memory from the trip was when we went to the Municipal House for an orchestra with some ballet and opera. Not only was the show fascinating, but the venue of the show was beautiful and a once in a lifetime experience.”

Reflecting on her Columbia experience she says, “I have met so many friends and connections through life on campus and my classes. I have had so many incredible employment opportunities from internships to jobs on and off campus. As I enter my senior year, my experience at Columbia has been nothing short of incredible.”