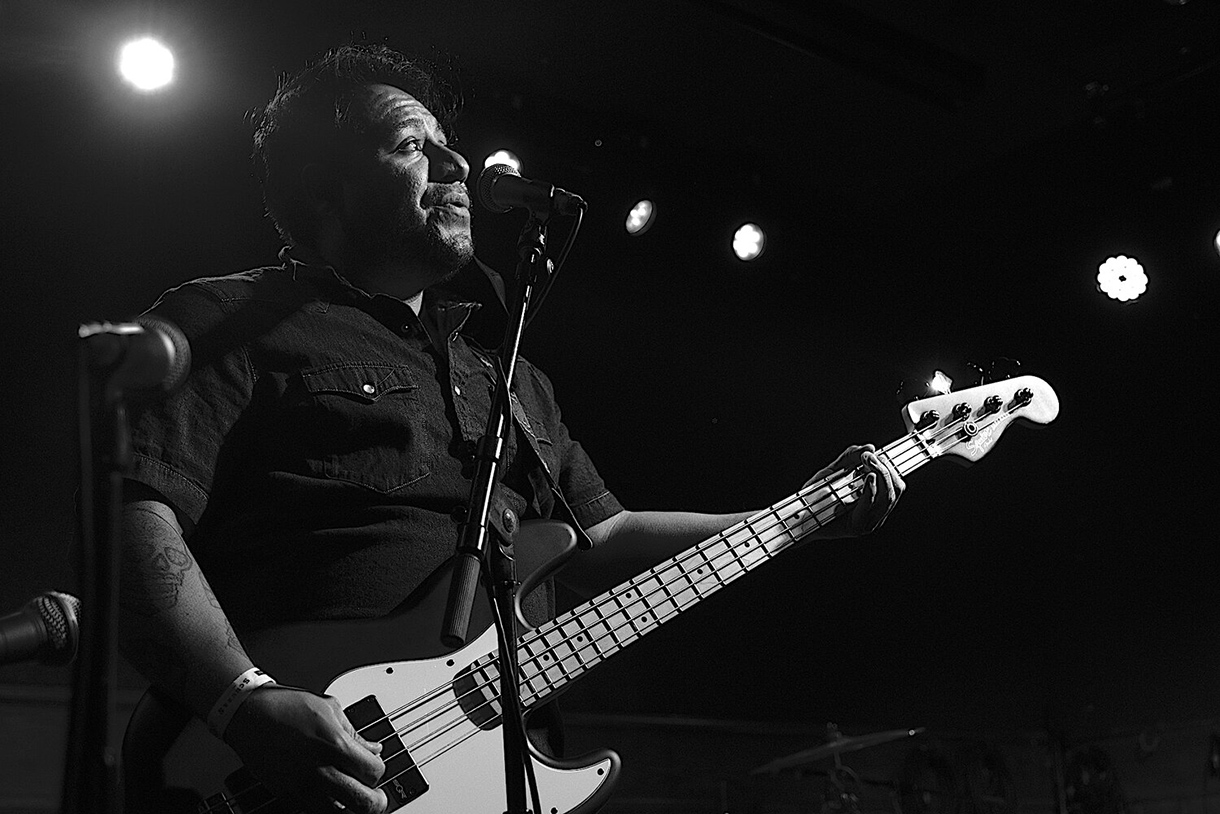 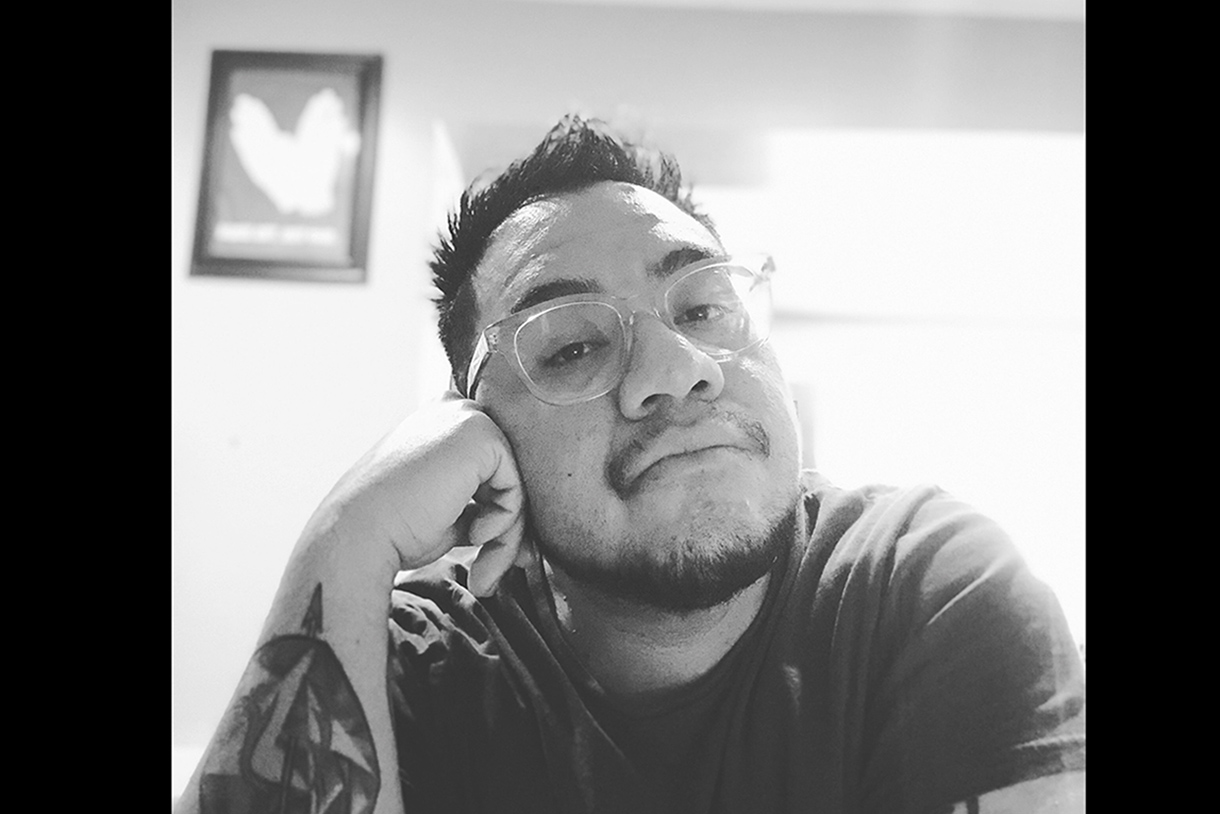 Activist and musician Crispin Torres MA '20 on combining passions and growing Better World Collaborative from the ground up.

As the son of a lifelong Chicago Public School educator, Crispin Torres MA ’20 values education. After completing his undergraduate degree in Women and Gender Studies and first masters in education, Torres began working for Lambda Legal, the nation's largest, oldest LGBTQ legal organization. Shortly thereafter, he worked Howard Brown Health where Torres helped forge their inaugural policy and advocacy department. The work was rewarding but he felt he needed a change. Feeling the burnout from traditional work systems he made the decision to shift gears back to school.

“I wanted to focus a little bit more on my artistic and creative passions. In undergrad... I cut my activist teeth during the anti-war movement to get the U.S. out of Iraq. I got really involved in underground punk music, political theater, and organizing. There, my passion became social justice and the creative arts.”

While activism has always been a huge driving factor for Torres, he is also a musician. From the age of 13 he has played in a variety of rock bands, toured, recorded, and done a variety of work with the punk and independent music scene in Chicago. In 2013 he created and produced the queer, trans, and BIPOC focused punk showcase–and its sister festival–QueerAMP.

“By day, I was an activist, and at night, I was a musician, and I just got inspired to go to school somewhere where I could find a way to enhance my creative approach and learn more about the business strategies, both from the nonprofit and for-profit sides.”

Business was something he had also dabbled in as a musician; managing tours, working with venues, and booking agents; but he was interested in learning the “nitty gritty” of it. His goal for going back to Columbia was to eventually work for an independent record label or venue, and started the program with the hope of trying to get into the music business.

“When I got to Columbia, I had traditional and non-profit business in my back pocket, but I hoped to find my own path. But as the universe works, I got kind of pulled back in naturally, in many ways.”

He didn't have a vision of starting a consultancy while studying business, though he had already been doing contract work on the side. It wasn't until after graduating that it became apparent there was a way to blend his business knowledge that he had learned at Columbia, the interest in creative systems, and his social justice background. From there, everything happened naturally, Torres says.

When the COVID-19 pandemic hit, in tandem with Torres graduating, he soon realized applying to jobs was difficult with so much uncertainty. He and his now business partner, Rebecca Kling, saw how much the world was changing in that moment, with conversations shifting to race, class, gender, and social justice, and it inspired them to collaborate on building something from the ground up, creating Better World Collaborative [BWC]. Their goal: to provide solutions for equity, inclusion, and social impact work using approaches inspired by the creative arts. BWC offers Diversity, Equity, and Inclusion trainings, communications strategy and support, campaign strategy and support, storytelling training and coaching. They cover a wide range of topics from LGBTQI+ experience, transgender experience, racial equity, unconscious bias, and more, with nonprofits, arts organizations, and the private sector.

From there, success came quickly. Their first two client, Estee Lauder and sister company Tom Ford, were interested in having an agency and consultancy to provide brand strategy and professional training around transgender equity and gender inclusion. With the global reach of these companies, BWC was off to a quick start. In the past year, their clients have included Dorian’s record shop and music venue, The Los Angeles Children’s Hospital, Boston Scientific, Olympus, and most recently, The ACLU National to support the fight against anti-transgender legislation.

Torres recalls his time at Columbia, and the immersive experiences as a student that prepared him for running his own consultancy. In addition to working as a Graduate Assistant with creative writing professor Jim DeRogatis on his most recent book, Souless: The Case Against R. Kelly, Torres says studying abroad in Paris for a marketing class with Professor Monique Maye, left a huge impression on him.

“I vividly remember being exhausted, walking probably four to six miles all over Paris, in the cold and in dress shoes, and getting back to the hotel then Professor Maye saying, ‘Tomorrow, get ready, you're going to be giving a full business pitch to a panel of judges, they're going to be offering investments to successful presentations.’ At the time, we all were just holding on by a thread. I remember getting that pitch and having to put that together on the spot with a couple people that I had just met and sitting in a hotel room, storyboarding ideas and putting together a slide deck and getting in front of a panel–within hours. And they were not pretending, they were eating us up, tearing us apart just like in Shark Tank.”

Torres says that he still uses lessons from that real-world simulation today when clients are interested in working with a quick turnaround. “I think that really shaped me because I'm not afraid of that anymore. I'm not scared of being able to trust myself enough to know that I can gather something like that,put it together and do it innovatively, differently than other people.”

At Columbia, Torres says, there's a lot of room for free thinking and choosing your own adventure. “But you really do have to get up and do it, and it's not always easy.”

“If there's something that excites you, go find it, or set up appointments and talk to people. Use office hours and just drop in and have conversations with folks, because it's just like that–no one is going to wait for you. To me–the individual connections–that was worth its weight in gold in my program.”

For anyone who is interested in getting into social justice and advocacy work, Torres’s advice, first and foremost, is to know your worth. “Trust yourself. And if something is not providing you with the space that you feel like you need to grow or thrive or learn, it's time to find something else. Because there are so many different ways to do this work. And you'll find a way to do it regardless of where you end up.”