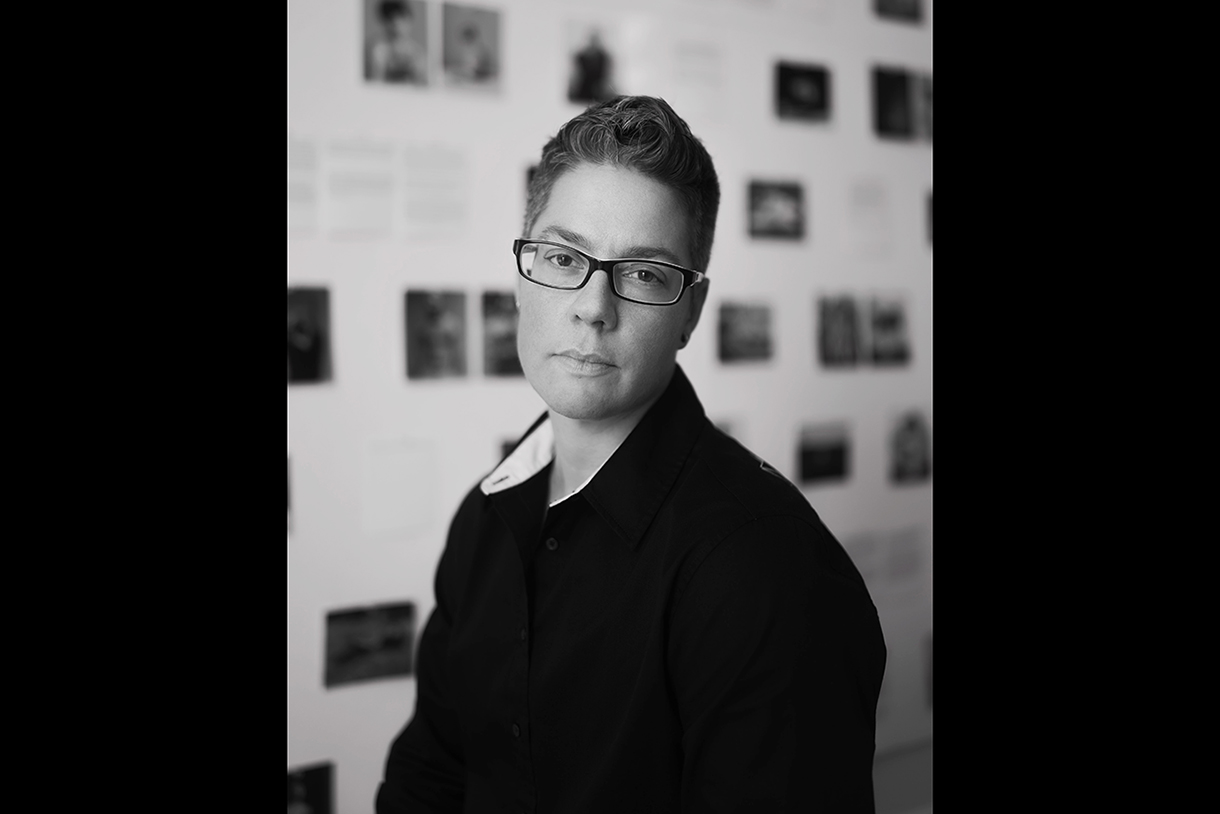 Dugan's photography has long engaged with concepts of personhood, identity, and relationships.

For photographer Jess T. Dugan, MFA ’14, the realm of the personal has never been divorced from that of the political or professional. Growing up as queer/non-binary, “I didn’t see a lot of people who looked like me in the world around me,” Dugan says. “I first found images I could identify with in fine art photography books, specifically in the work of Catherine Opie and Robert Mapplethorpe.” For Dugan, these images were a window into another world and an opportunity to imagine a future that was inclusive of how they aimed to fully walk in the world. In short, those early experiences were powerful teachers and infused a deep understanding of the importance of representation in identity building, which has been a thread through all of Dugan’s work.

While Dugan has embraced an expansive artistic approach weaving together narrative, video, and photography into a body of work that considers their own personal history, the lifepaths of other people who identify as queer/non-binary, and relationships in general, they have been single-minded in their pursuit of knowledge and their desire to carve out a space as a professional photographer.

Just as Dugan identified the discipline as a vocation early on, so too did they choose Columbia as an institution that could provide a singularly rich experience for their growth and work as a photographer. In fact, after Dugan identified opportunities to work with like-minded artists like Dawoud Bey and Kelli Connell, both of whom became mentors to them, Dugan made the decision to apply only to Columbia for their MFA after completing a BFA in Photography at the Massachusetts College of Art and Design. The decision paid off: “When I was at Columbia, they were a really wonderful combination for me,” Dugan says. “Dawoud pushed me formally and technically, and Kelli made a lot of space for me emotionally with what I was grappling with in my work.” The result was space to create projects that have had continuing ramifications for Dugan’s artistic evolution.

For example, a portrait project that Dugan began at Columbia, Every Breath We Drew (Daylight Books, 2015) explores, as they said, “the power of identity, desire, and connection…focusing particularly on an expanded, gentle version of masculinity.” The project uses universal themes as an invitation for the viewer to engage with and interrogate the concept of the self, the power that people have to conceive and re-conceive of each other in various spaces, and the questions that arise when we confront our own assumptions.

In 2017, Dugan created an autobiographical video, Letter to my Father, that drew from their tumultuous relationship with their father. That video, which was comprised of an open letter, snapshots from their past, and pieces they created, represented the artist’s continued grappling with difficult elements of their past and their desire to continue to live authentically while acknowledging the universal need for acceptance from others. This video was previously exhibited at the Museum of Contemporary Photography and is currently included in an exhibition at the International Center of Photography in New York. Dugan has also created several series that have been critically and commercially well-received. Family Pictures (2012-present) creates, as Dugan has stated “new representations of queer parenting and family structures,” while the twice-sold-out To Survive on This Shore: Photographs and Interviews with Transgender and Gender Nonconforming Older Adults (Kehrer Verlag, 2018) challenges the lack of representation regarding LGBTQ aging and invites viewers to take, as Dugan characterizes it, “a long look” at people and bodies that embody physicalities outside the scope of their daily experience.

Dugan’s work, which “centers around the idea of living authentically, particularly in a society where your identity may not be valued or supported,” is further explored in their latest book, Look at me like you love me (MACK, 2022). Drawing from a deep history of mining internal and external experiences of relationship, acceptance, and identity building, Dugan has created a book that Artforum says, “makes space for a more complex and beautiful human experience.” This work, in many ways, has grown out of the explorations that Dugan began at Columbia and furthered in Letter to my Father and To Survive on this Shore.

Dugan knows that their work, while deeply personal, has an important role to play archivally, educationally, and in community building. And it is those elements, in part, that create a drive to continue to do the work, even when it’s difficult. “It's really important for people to build their own creative communities and supportive networks,” Dugan says. That goes for building a life in general and building a life as an artist. So how to survive the long game? Sink deep into the meaning. “What I would impart to anyone beginning their journey is that you really have to commit to your work and your practice,” Dugan says. “[You have to] find a way to keep making the work that fuels you and is meaningful.” The rest, as their career illustrates, will fall into place.