Wilfredo Cruz on his Latest Book, 'Latinos in Chicago: Quest for a Political Voice' 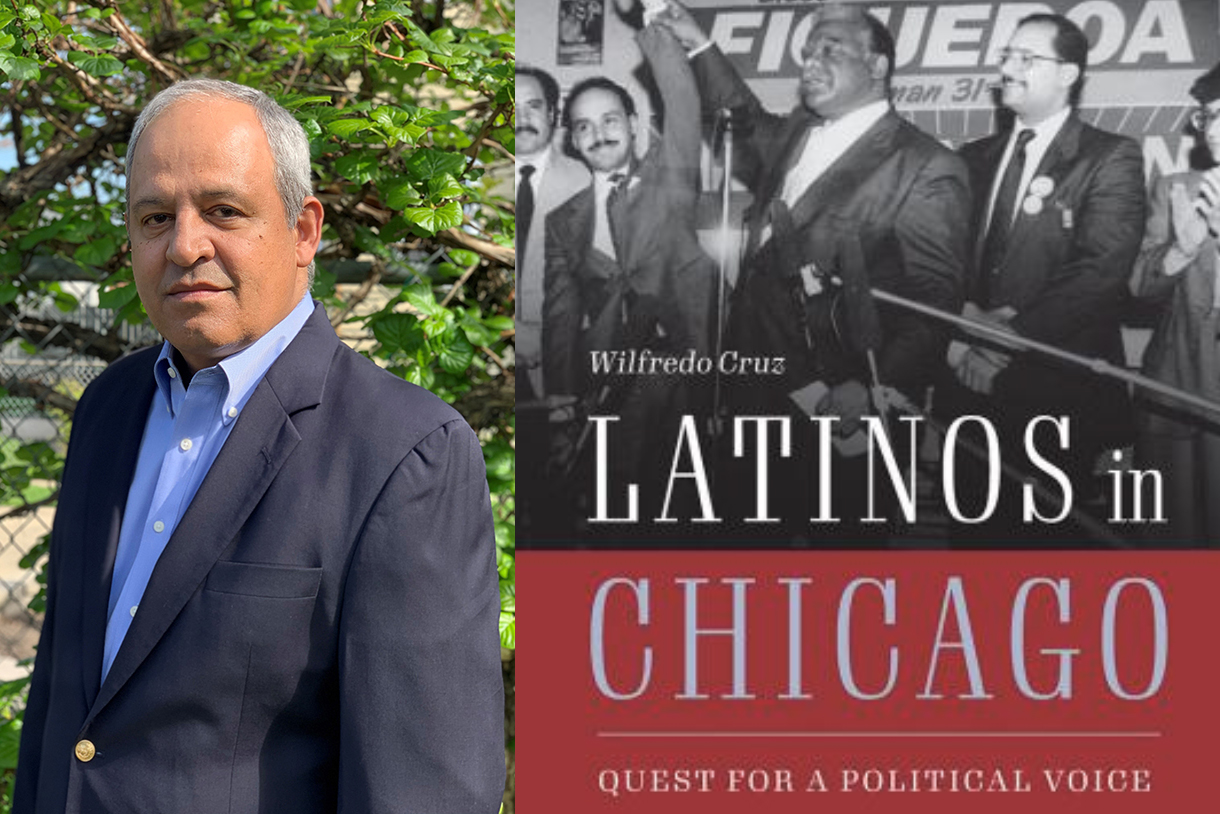 Associate Professor of Humanities, History, and Social Sciences Wilfredo Cruz is ready to spark a conversation about the lesser-known history of Chicago politics.

After more than four years of writing and researching, Associate Professor of Humanities, History, and Social Sciences Wilfredo Cruz is ready for his latest book to spark a conversation about the city’s rich, lesser-known history of Chicago politics.

Latinos in Chicago: Quest for a Political Voice, published by Southern Illinois University Press, is a social history and exploration of urban politics in Chicago, specifically looking at how Mexicans and Puerto Ricans struggled to gain a political voice in Chicago politics.

As Latinos in politics is not a topic that has been widely covered, Cruz hopes that the book will help inform academics, scholars, and a general audience about the history of Latinos in Chicago politics. The book covers the history of Latino politicians and their time in-office as well as the new generation of younger Latino politicians who just got elected, and how they're more socialist and progressive.

“In the Midwest’s largest city, Latinos have been fighting for political representation for more than half a century,” Cruz says. “The book shows for the first time how Latinos went from being ignored by the Irish-controlled political machine to becoming a respected constituency.”

Beginning with the Latino community’s first attempt to acquire a political voice in Chicago politics in 1911 and continuing through Latino office holders of the early twenty-first century, the book surveys not only the struggles of Chicago’s Latino community—specifically the two largest Latino groups in the city, Mexicans and Puerto Ricans—but also the ways in which they overcame those challenges to gain a political voice, he says.

Teaching Urban Politics this semester at Columbia, Cruz says so many of the main points in the book are points he shares with students. “In the classroom we talk about how marginalized groups, such as African Americans and Latinos, have had to struggle and fight to acquire a piece of the political pie in Chicago and other major cities,” he says.

With the publication of his new book, Cruz hopes this starts the conversation about the role of Latinos as main political players in the future of city and state politics. “The book should also encourage people to talk about the importance of coalition politics in a city like Chicago that is about one-third White, one-third African American, and one-third Latino.”

Cruz advises students to take more Humanities, History and Social Science courses to become a more informed, knowledgeable and well-rounded person. “It gives you a social conscience, you're dealing with issues, social issues and social problems. You're getting the world perspective. You're looking at issues both internationally and domestic, and so social sciences really enhance the major, whether your major is photography, or theater or whatever it is, you have to have a social conscience about what's happening in the world,” said Cruz.

The book will be published on November 25, 2022 and is already available for pre-order online. You can find Cruz’s previous published works here.