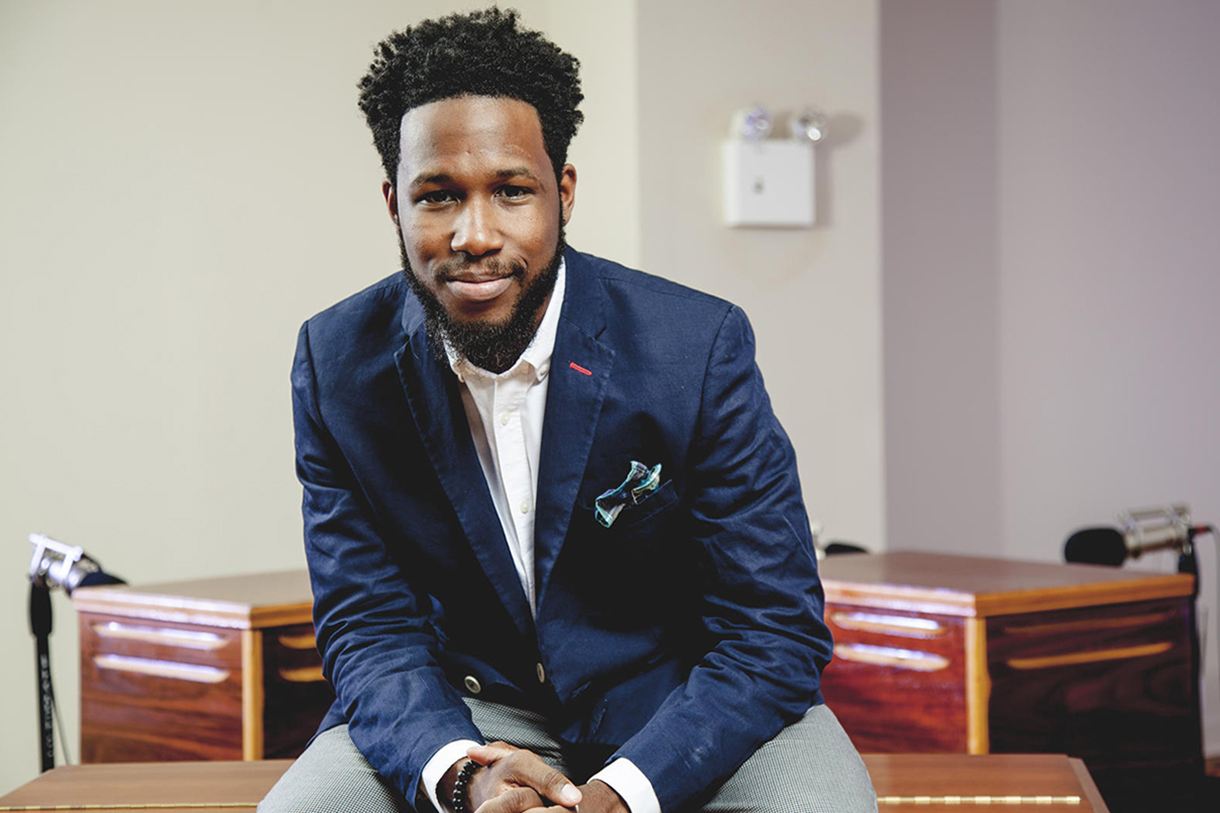 CHICAGO (Mar. 31, 2017)—Columbia College Chicago will host and present Grammy award- winning keyboardist, producer and composer Cory Henry of Snarky Puppy fame through the Music Department’s Artist in Residence program from April 3 to 7. The week-long residency, involving several performance ensembles, will culminate with a live performance open to the public on Friday, April 7, at the college’s Music Center Concert Hall, 1014 S. Michigan Ave., at 7pm. Tickets are $20 for general admission, $10 for faculty, staff, and family of performers, and $5 for students, and are available through the Dance Center’s box office.

“We are excited to welcome Cory, whose musical versatility and accomplishments will inspire our students tremendously,” said Joe Cerqua, creative director and producer of the program, and part-time faculty member of the Music Department. “Collaborating with renowned, professional performing artists and encouraging more lasting professional connections between artists and students is what Columbia is all about.”

Henry is a member of the New York-based Snarky Puppy, whose eclectic sound of funk-pop, jazz and soul earned the band three Grammy Awards, including “Best Contemporary Instrumental Album” for its album Culcha Vulcha. He also created his own band, Funky Apostles and is currently promoting his 2016 DVD/album The Revival, which illustrates his musical roots in gospel, jazz and soul—both inside and outside of the church. He has worked with award-winning and legendary musicians such as Bruce Springsteen, Michael McDonald, P. Diddy, Boyz II Men, Yolanda Adams, Sara Bareilles, Kirk Franklin, Kenny Garrett, Robert Glasper, Shaun Kingston, NAS and The Roots.

"I can't wait to get to Chicago and spend time with some of the students at Columbia! It's going to be an exchange of information, a conversation of ideas and new approaches to expand the minds of the college musician,” said Henry. “I'm hopeful that my time there will be an impactful and everlasting moment and memory.”

The Artist in Residence program at Columbia attracts established and award-winning singers, musicians, and performing artists, such as Paula Cole, Terence Blanchard, Lisa Fischer, Mike Stern, Peter Erskine, Christian McBride, Todd Rundgren, Joan Osborne and most recently, Shawn Mullins, Stefon Harris and Donny McCaslin. Artists help students prepare for recording sessions and public performances, and also provide an inside-perspective on the business and marketing aspects of the music industry. In 2009, the college extended its one-day artist workshops, which it offered for nearly two decades, to a week-long session, allowing more time for student and artist collaboration.