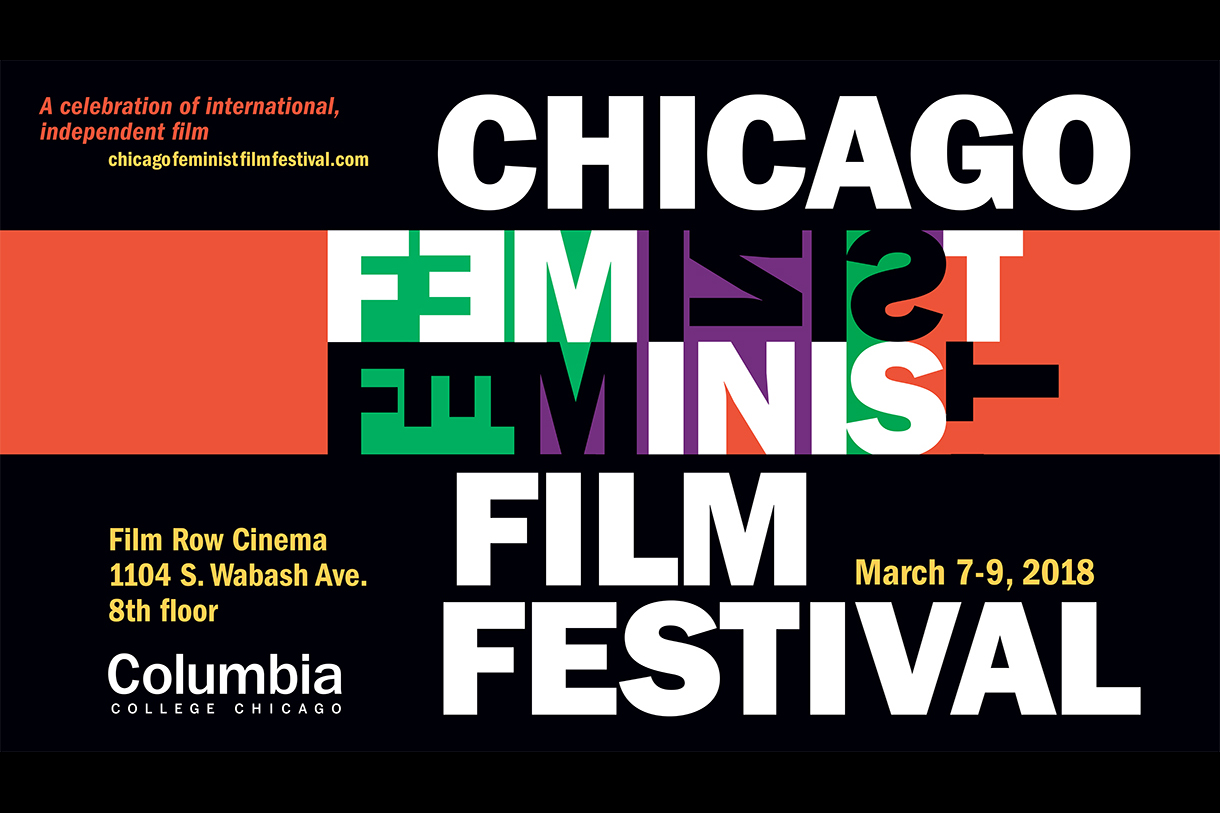 CHICAGO (Feb. 7, 2018)—Columbia College Chicago will host the third annual Chicago Feminist Film Festival, with three feature films, 40 short films, and two web series. This year’s festival continues to promote and feature under-represented film professionals—particularly women, people of color, and members of the LGBTQIA+ community. The three-day event will be held at Columbia’s Film Row Cinema at 1104 S. Wabash Ave. from March 7-9. The festival is free and open to the public.

Working together as the festival’s co-directors are Columbia Assistant Professors Susan Kerns and Michelle Yates. “Women in Hollywood, as well as independent filmmaking world-wide, are wholly underrepresented as directors, cinematographers, editors, writers, animation creatives, and so on,” said Yates. According to an ongoing study at San Diego State University, in 2017 only 18% of the top 500 grossing films were directed by women. “It’s not for a lack of incredibly talented women with these skills,” said Yates. “Women make up 50% of students in college studying film. One of the goals of our festival is to highlight films made by these incredibly talented women from all over the world.”

The festival opens March 7 with a film from Argentine director Constanza Novick: The Future Ahead (El future que viene). The film spans the decades of friendship between two women—including the subsequent friendship of their daughters—and the long-lasting complexities that come with it. It was also recently picked up by Disney for distribution across Latin America.

Women Who Run Hollywood (Et la femme créa Hollywood), the Kuperberg sisters’ historical look at the centrality of women filmmakers to Hollywood’s beginnings, will screen on March 8. Relevant to the current movement against sexism in Hollywood, the screening will be followed by a discussion and Q&A with filmmaker and film historian Ally Acker. “Women helped build Hollywood,” said Kerns. “During the silent era, women were responsible for cinematic innovations in narrative, sound, cinematography, special effects. These same women were written out of history, so we’re eager to show this documentary and remind people how vital women are to filmmaking. We’re especially excited that [Acker] will be on hand to talk more about how we can make sure women don’t get sidelined again.”

Closing the festival on March 9 is an exclusive sneak peek of director Ky Dickens’ Zero Weeks, a documentary that examines how the lack of paid family leave in the United States impacts families and caretakers. Dickens–who will be present at the screening and will also partake in a Q&A session with the audience–filmed subjects with stories in and around Illinois, including Chicago, bringing the larger national conversation closer to home.

Two Columbia faculty films will also be featured at the festival: Cinema and Television Arts Associate Chair Wenhwa Ts’ao’s Nova will have its world premiere on March 7; The Scary Ham, a short film directed by Associate Professor Susan Mroz and produced by Assistant Professor Carolina Posse, will have its homecoming screening on March 8. There are also several student films and eight alumni films that will be presented over the festival’s three-day span, featuring alumni directors, cinematographers, costume designers, and more.

For a detailed list of programming, visit the 2018 festival schedule.

The Chicago Feminist Film Festival showcases independent, international film, predominantly shorts, spanning documentary, fiction, and experimental genres, and aims to address issues of gender, sexuality, race, and other forms of inequality often missing from mainstream media. This in turn means creating inclusive public spaces for under-represented artists to share their work — particularly women, people of color, queer, and transgender folks, given their struggle for visibility in the mainstream film industry. Another goal is to forge connections between local, national, and international film. The over-arching assumption behind the festival is that art plays a vital role in bringing people together and encouraging them to think deeply about issues of equality and social justice. For more information, visit chicagofeministfilmfestival.com.

Columbia College Chicago is a private, nonprofit college offering a distinctive curriculum that blends creative and media arts, liberal arts and business for nearly 7,500 students in more than 100 undergraduate and graduate degree programs. Dedicated to academic excellence and long-term career success, Columbia College Chicago creates a dynamic, challenging and collaborative space for students who experience the world through a creative lens. For more information, visit www.colum.edu.