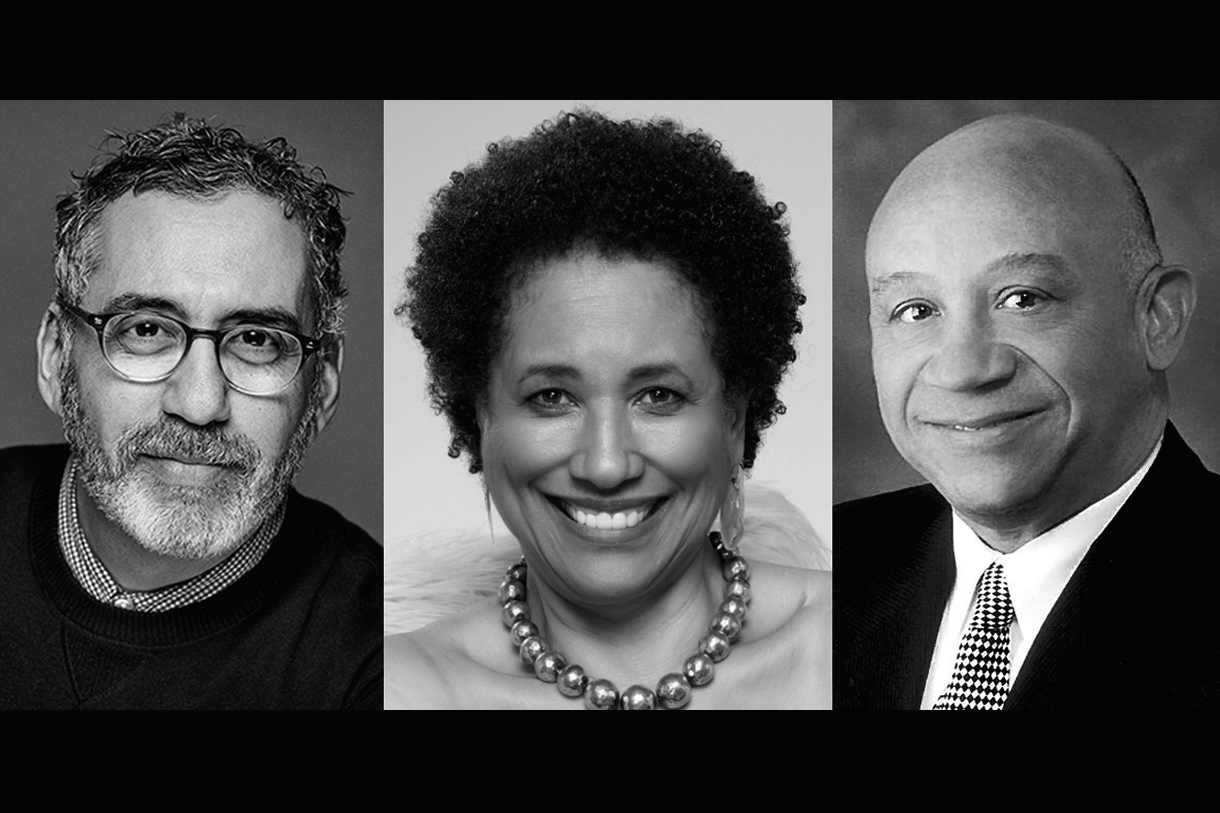 “Each year at Commencement, Columbia College Chicago confers honorary degrees on distinguished individuals who have made remarkable contributions to their professions and communities,” said Kwang-Wu Kim, Columbia’s President and CEO. “The three people we are honoring this year model excellence in their fields and exemplary dedication to their fellow citizens, and as always we look forward to the observations that they will share with our students and their families.”

Each honorary degree recipient will deliver the Commencement address at one of Columbia’s four ceremonies held May 11 and 12 in the Auditorium Theatre, when the college will confer graduate and undergraduate degrees on nearly 1800 students.

For nearly three decades until his retirement in 2018, Sarabia worked at WBEZ 91.5 FM Chicago. As a Columbia undergraduate, Sarabia started his career at WBEZ in 1990 as an intern for The Mara Tapp Show. He subsequently served as a reporter, producer, and arts editor, covering stories about local, state, and county elections, the aftermath of 9/11, and the local arts and culture scene.

The longtime host of the music programs Passport and Radio M, in 2008 Sarabia became WBEZ’s first midday news anchor and host before taking on the role of host of the station’s flagship morning news and culture program Eight Forty-Eight (later The Morning Shift) in 2012. As the host, he engaged with people from all walks of life, a quality that resonated with listeners. He interviewed a variety of guests, from several Illinois governors and local and national politicians to renowned musicians such as Mavis Staples and Sting.

Sarabia has received numerous broadcast journalism awards, including the Edward R. Murrow Award, three Lisagor Awards, a Casey Medal for Meritorious Journalism, and an Associated Press award for his documentary, Unlocking the Closet: Stories of Coming Out Later in Life. He also contributed to National Public Radio’s award-winning 2000 series NPR 100, which surveyed the most important American musical works of the 20th century. Since leaving WBEZ, Sarabia has settled on a farm in Iowa and works at a nursing home and a daycare center.

Elzie L. Higginbottom is president and CEO of East Lake Management and Development Corporation, a real estate management and development firm that he founded nearly fifty years ago. Higginbottom has developed properties across Chicago, including in underserved neighborhoods such as Bronzeville and Lawndale.

After graduating from the University of Wisconsin-Madison, Higginbottom started his career at the real estate firm of Baird and Warner. After nearly 20 years, Higginbottom built the company’s Federal Housing Administration financing division into a multimillion-dollar enterprise. Through his own company, Higginbottom has developed thousands of units for residential and commercial use throughout Chicago and the surrounding metropolitan area, including properties such as 200 N. Dearborn St., 1250 N. LaSalle St., and 70 W. Huron St.

Higginbottom was the first recipient of the U.S. Department of Housing and Urban Development’s Minority Entrepreneur of the Year Award in 1984. He was inducted into the Chicago Association of Realtors Hall of Fame for his work in redeveloping numerous Chicago communities and has received a Living Legends/Passing the Torch Award from the Black United Fund of Illinois.

Cheryl Johnson-Odim—Honored at 10 a.m. Sunday, May 12 (Johnson-Odim will also speak at the 2 p.m. ceremony Sunday)

Cheryl Johnson-Odim is a scholar, human rights activist, and retired academic administrator who held senior leadership positions at several Chicago-area higher education institutions. From 2000 to 2006, she served as the first dean of the School of Liberal Arts and Sciences at Columbia College Chicago, before being appointed provost and senior vice president for Academic Affairs at Dominican University. She also was the first woman and first African-American to chair the history department at Loyola University Chicago, was the assistant director of the Program of African Studies at Northwestern University, and taught at the University of Wisconsin-Madison.

Johnson-Odim is the author of For Women and the Nation: Funmilayo Ransome-Kuti of Nigeria (1997) and Women and Gender in the History of Sub-Saharan Africa (2007). She was an associate editor of Women Building Chicago 1790-1990: A Biographical Dictionary (Indiana, 2001) and the Encyclopedia of Twentieth-Century African History (Routledge, 2003), and has contributed more than 25 chapters in books and articles in scholarly journals. She was a founding editorial board member of the Journal of Women’s History.

A longtime activist in the struggle against the former apartheid regime in South Africa, Johnson-Odim testified before the United Nations Special Committee Against Apartheid and helped lead the Free South Africa movement in Chicago. She co-founded the Coalition for Illinois’ Divestment from South Africa and was national chair of the TransAfrica support committees. More recently, she served as an organizing committee member of the Women’s March Chicago in January 2017.