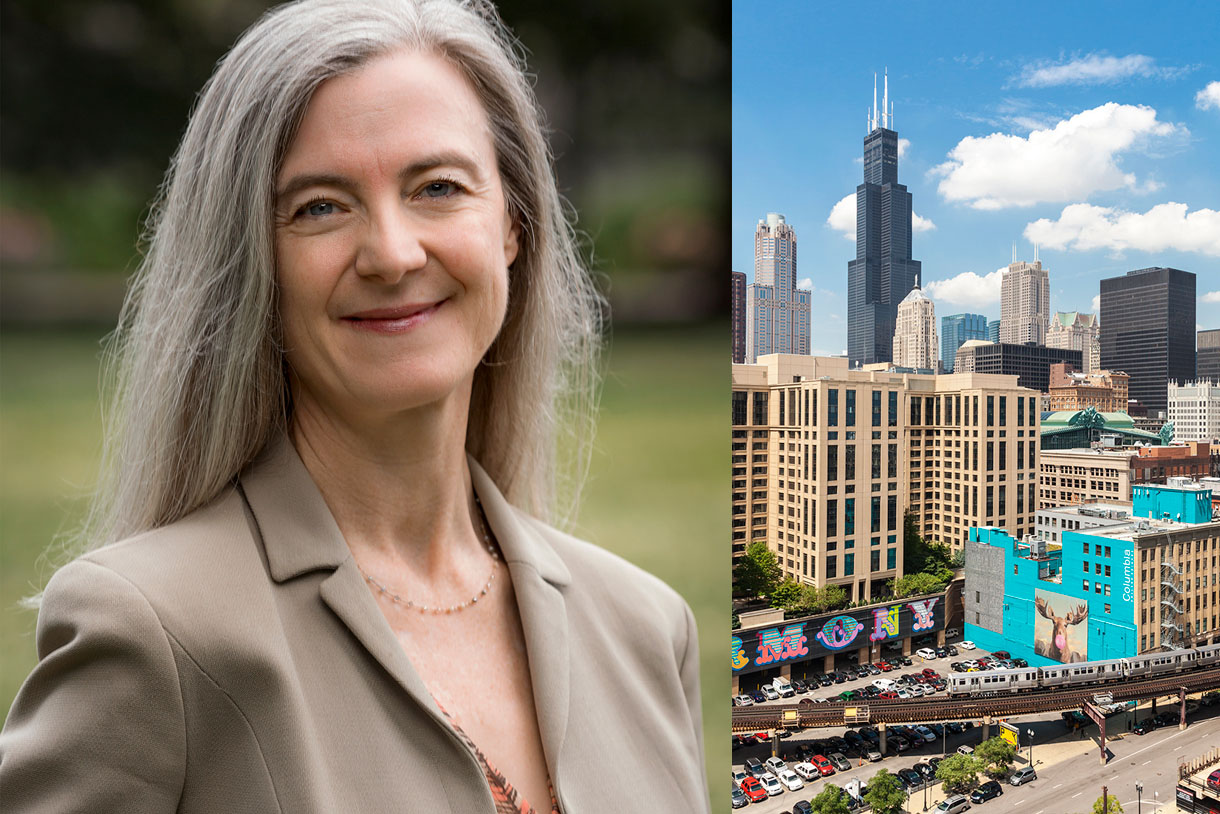 “I'm thrilled to be stepping into this role and look forward to partnering with colleagues across the college to recruit a diverse graduate student body, and ensure they feel part of our community and are fully supported during their time at Columbia,” said McBride.

The School of Graduate Studies offers thirteen master's degree programs in the arts, media, and the business of the arts. Under the guidance of award-winning faculty, students prepare to advance their careers, shape the future of their disciplines, and effect meaningful change in their communities.

Dean McBride has several priorities in her new position. “I want to build on the strength of our existing programs and help chart the path for even more robust graduate offerings,” she notes. “Where are we at now? Where do we want to be?” McBride’s focus will be on collaborating with colleagues as well as supporting, strengthening, and innovating all aspects of graduate programming from curriculum and recruitment to professional development and student support.

“As chair of Communication, Dean McBride demonstrated strong leadership skills in assessing and updating curricula with a focus on ensuring our programs offer strong preparation for the many professional pathways represented in Communication majors and graduate programs,” said Provost Marcella David. “Her continuing professional links ensures that her work is relevant, linked to contemporary issues, and her commitment to social justice is seen in her inclusive, access-oriented approach to teaching and students’ professional development.”

McBride has enjoyed teaching and mentoring interns throughout her career as a journalist and academic, and has continued to work in the field during her 16 years at the College. “I knew Columbia was a good fit for me because the College puts an emphasis on faculty practicing their craft and gives students hands-on experience throughout their time at Columbia,” said McBride.

“I'm proud of both the Communication and Social Media and Digital Strategy programs, as each draw on the strengths of a number of departments and programs across the college,” said McBride. “Both programs are good examples of the kind of collaboration that faculty regularly engage in, and it greatly benefits our students.”

Under McBride’s leadership, students across the Communications Department have been locally, regionally and nationally recognized for their work. Students produce the highly respected Columbia Chronicle, which has won numerous awards in 2020 from Society of Professional Journalists, Associated Collegiate Press, College Media Association, and Illinois College Press Association.

Every spring, students in the Magazine Program team up with students in Design to create Echo magazine, which regularly wins top awards in national student magazine contests. Broadcast Journalism students, in collaboration with the CTVA Department, produce Newsbeat, a live TV newscast, and been recognized by the Academy of Television Arts and Sciences’ Emmy Awards. “Student awards are the most meaningful because it's recognizing students at a very high level and the faculty who work with them. Students are able to leave Columbia with significant recognition at the professional level,” added McBride.

Since McBride has joined Columbia, she has continued to work as a journalist. In 2007, McBride, with another colleague, launched local news website ChicagoTalks, with a grant from J-Lab. ChicagoTalks has published hundreds of undergraduate and graduate student’s stories. She also created AustinTalks, launched with support from The Chicago Community Trust, a local news website dedicated to sharing news about civic engagement in Chicago’s Austin neighborhood. Then, about five years ago, McBride joined the Chicago Sun-Times Sunday news desk as an editor, where she works on the weekends and occasionally contributes stories and commentary.

McBride has also been recognized for personal achievements, including receiving a Fulbright Award in 2011. With this award, McBride spent the Spring semester 2012 at the Dublin Institute of Technology where she lectured and researched civic journalism projects in Dublin.

Located along Chicago’s cultural mile, Columbia College Chicago offers practice-based learning to nearly 7,000 students – creative innovators who shape what’s next. Full-time and part-time faculty members are working professionals who share not only their academic and professional expertise with students but also help connect them to professional networks. Majors in media and fine and performing arts are supplemented by a rigorous curriculum that includes liberal arts and sciences, technology, and business and entrepreneurship. This blend positions Columbia graduates to make their marks on both their chosen fields and the culture of their times. Ninety percent of degree holders report being employed within a year of graduation. In September 2019, Columbia opened its five-story, 114,000 square-foot Student Center, a new hub for collaboration, creativity, and innovation at the heart of the college.
# # #