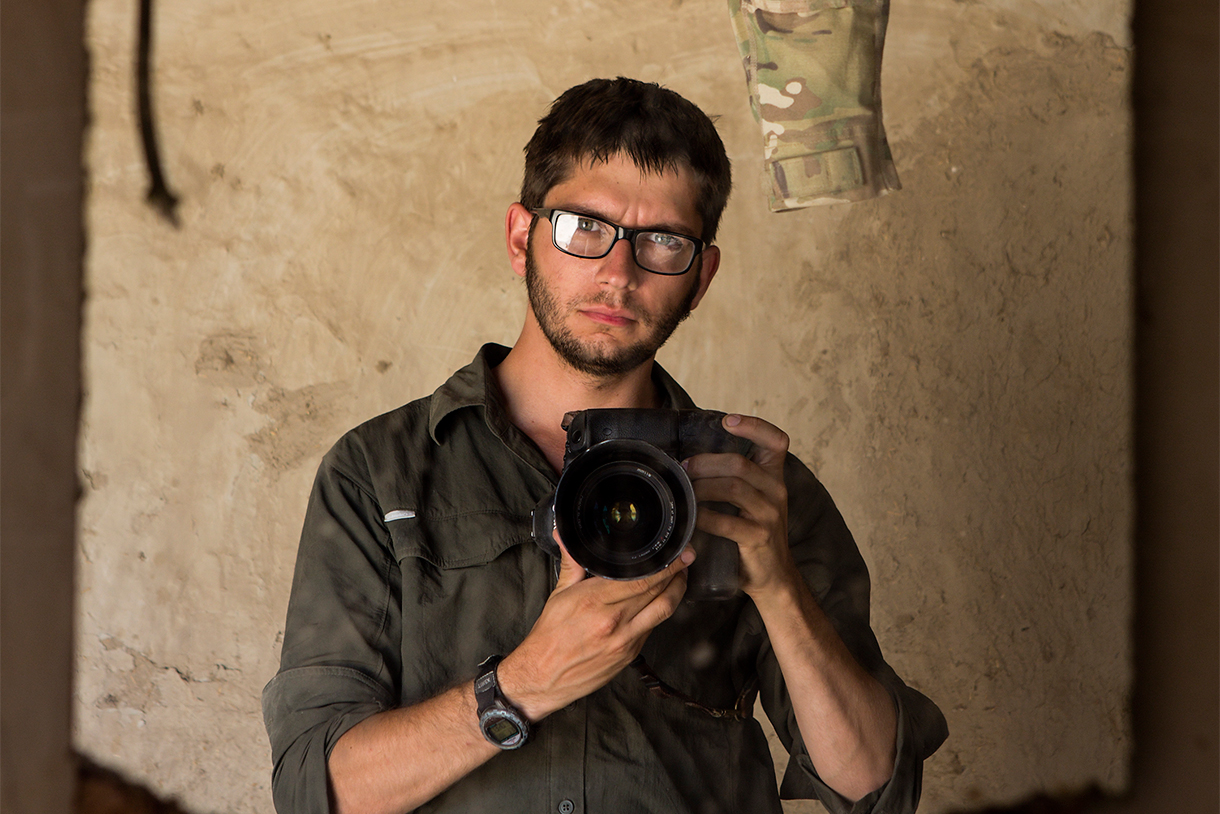 “This marked the first time I had been shot at. Instinct and reaction took over.”

As a freelance photojournalist, Andrew Nelles traveled the globe to document presidential campaigns, major sporting events, and war. He currently works as a photojournalist for The Tennessean in Nashville, Tenn. During his first freelance trip to Afghanistan in May 2010, he was embedded with American troops. Here, he recalls a few days he’ll never forget.

We were up on a hilltop in an area of northwestern Afghanistan near Bala Murghab in the Badghis Province. It was hot, with temperatures in the upper 80s. 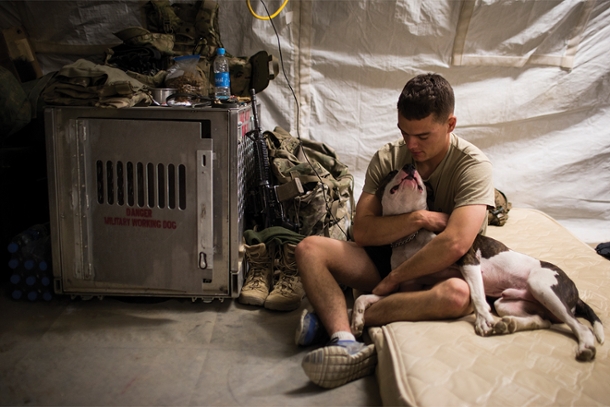 Tactical Explosive Detection Dog Handler Specialist Alexander Reimer, of the 4th Brigade Combat Team, 82nd Airborne Division, and his dog Howard prepare for bed at Combat Outpost Sangsar in Zharay District, Kandahar Province, on August 7, 2012. Howard’s kennel is next to Reimer’s bed, but when kennels are not available, they sleep together.

The platoon I was operating with had been dropped off on the hill and told to dig in and create a new outpost. I was there on a freelance photography excursion trying to capture the war in Afghanistan, and I really wanted a photo of a Javelin rocket in flight.

The platoon spent most of their day digging a trench on one side of the hill. There were a few Italian soldiers there and we had traded MREs (Meals Ready to Eat) with them. Their food wasn’t better, just different.

My lunch scattered across the ground as I dove for cover. One soldier dove into a smaller trench we had dug and dirt flew up around him as bullets pinged the earth.

This marked the first time I had been shot at. Instinct and reaction took over. Gotta grab my armor—why’d I take it off? Gotta snap a photo—thankfully, I learned at Columbia [College Chicago] to never be without my camera. Crap—I spilled my lunch.

A few of us crawled for the other side of the hill so we could suit up with our body armor. One Afghan national who was traveling with us took a hit in the leg. It was minor, and he was able to make it to an evacuation helicopter later. A soldier from our platoon saw two Taliban fighters on a hill across the valley. We took up positions. The Taliban scrambled, and headed into a hut on the hillside. 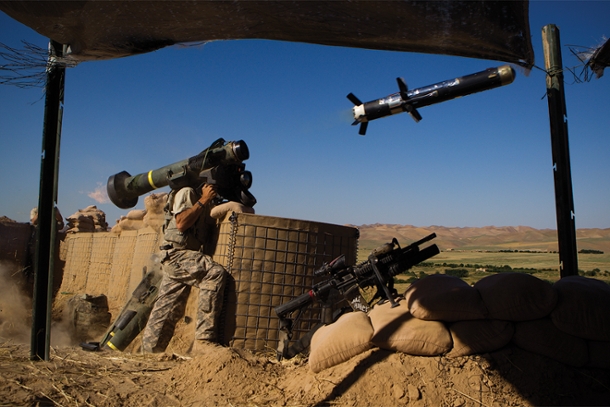 Two days later, Sgt. Christopher Bunnell was sent over to reinforce our presence on the hill. He took out the Javelin rocket launcher. Bunnell’s whole job is to cart around the Javelin and operate it.

I had been trying to get a shot of the Javelin firing for a while, and this was the first time it would be fired in front of me. Bunnell trained his sights on the hut on the opposite hillside. He pulled the trigger and the machine began to make some noises.

He turned to me.

“You’re going to want to take that photo right about—”

I swung my camera around my shoulder and sprayed a burst of about six to 10 shots and ended up capturing the rocket floating in space. Bunnell hit his target. The hut blew to bits.