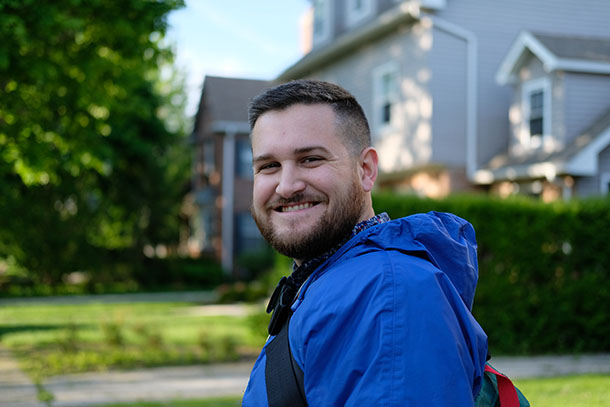 “In today's job market, you have to sit at the intersection of art and science.”

Ben Mills reads between the lines to understand what customers need.

Ben Mills has many responsibilities as head of product at Venmo, an app that allows people to pay others from their phones. He acts as a liaison between designers and software engineers, collects and analyzes data based on customer feedback, helps develop software, hires talent, and promotes the app. But one overarching objective occupies his mind: How to improve the customer’s interaction with the Venmo app. To this end, he spends his days, as he puts it, “reading between the lines,” a skill he honed as a Web Design major in Columbia College Chicago’s Interactive Arts and Media Department.

At Columbia, Mills studied the relationship between people and objects. Lauren Liss ’04, one of Mills’ professors, urged students to listen for what people mean but don’t say when they talk about their interactions with ordinary things. This particular lesson became invaluable for Mills in his career. Because the expectations of a diverse set of consumers are in constant flux, Mills is committed to listening to customers so he can better understand how to meet their needs.

But he didn’t have to wait until Venmo or even graduation to apply his classroom knowledge. Along with landing internships, Mills secured paid freelance work as a web designer. His industry experience led to jobs as a software engineer at both Sanders News Media and Braintree Payment Solutions, a company that saw significant growth during his time there.

Columbia’s interdisciplinary curriculum prepared Mills for an evolving technology industry. Science and art, Mills explains, often overlap in the industry, making it difficult for strictly tech-minded professionals to adapt. As a hiring manager, he looks for applicants who think creatively as well as analytically, who can see the art in designing and programming an app. Columbia College Chicago taught Mills how to do just that.