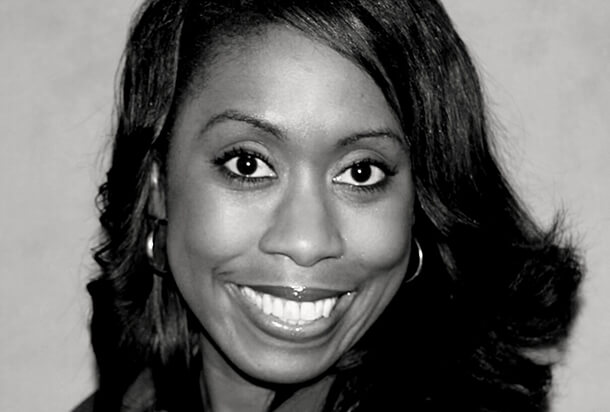 “One of the classes I took was social media strategy, and the fact that [Columbia was] offering that in 2009-2010 [is] pretty impressive.”

Ebonne Just’s PR team has responded to some of the most high-profile celebrities like Kim Kardashian and Cardi B.

When McDonald’s shows up in your newsfeed, you can bet that Ebonne Just ’10 is busy. Just works on a special PR team at Golin, a global communications agency that promotes big-name companies, such as McDonald’s and Guinness. Just’s team functions as an extension of the McDonald’s marketing communications team, helping the restaurant maintain its brand and remain culturally relevant.

A Day in the Life of Ebonne Just

Operating like a newsroom, Just’s team meets each morning to brainstorm ideas for promoting the McDonald’s brand. They discuss, among other things, what should be included on the restaurant’s social media channels, making a list of ideas. From that list, the McDonald’s marketing communications team picks the ones that Just’s team will execute that day.

Celebrities and the Golden Arches

The work of Just’s team never ends. Even on the weekends, she and her colleagues keep their eyes peeled for any notable mention of McDonald’s. If, for example, a celebrity tweets about McDonald’s over the weekend, Just and her colleagues will strategize over text message about how the brand should respond. Do they tweet back? Send an offline note? Just’s team has responded to some of the most high-profile celebrities, such as Kim Kardashian and Cardi B.

Years before working with Golin and McDonald’s, Just majored in Marketing Communication at Columbia, where she first learned to promote brands through social media. “One of the classes I took was social media strategy, and the fact that they were offering that in 2009-2010 [is] pretty impressive,” she says.” Social media is a critical marketing tool, but an imprudent Tweet or Snapchat can damage a brand’s public image. “Right now, especially in this hyper-politicized culture, [there are] a lot of landmines that brands could easily step into if they’re not paying careful attention,” Just says. Her team helps steer McDonald’s away from potential problems and seizes opportunities to promote the brand in a favorable light.