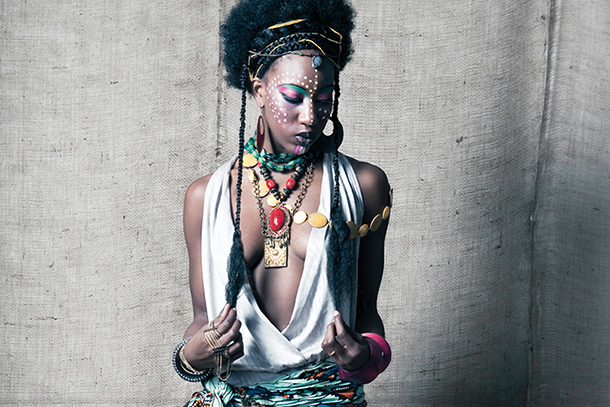 “You were able to bring your own energy to class and discover it for yourself.”

Broadway dancer Hettie Barnhill is a sensation, both on and off the stage. A performer in the Tony Award-winning and Grammy-nominated show FELA!, the Tony-nominated Leap of Faith and technically advanced musical Spiderman: Turn Off the Dark, 30-year-old Barnhill was honored with the NAACP Leaders Under 40 award in the field of the arts and culture in 2011.

She also received the Rising Star award from the Young and Powerful for Obama Group—twice—for exceeding career expectations at such a young age and for her devotion to community outreach, including work with A Long Walk Home, a nonprofit organization that uses art therapy and performing arts to end violence against women and girls. Barnhill was the only award winner representing the arts.

The East St. Louis, Ill., native attributes her success to hard work and Columbia, which she was able to attend through scholarships.

“Coming from East St. Louis, I was taught that there are no free handouts,” Barnhill says. “My family, friends, church and schools helped mold me into who I am today.”

She says Columbia led her down the right path and enhanced her connection to her passion: dance.

“You were able to bring your own energy to the class and discover it for yourself,” Barnhill says, referring to courses instructed by Erica Wilson-Perkins, a source of inspiration. She learned structure and improv at the same time, which later shaped her dancing. Diversity continues to be a part of Barnhill’s style, as she performs modern, tap, jazz and ballet.

Aside from Broadway performances and community work, Barnhill dances with The Just Movement Collective and Balance Dance Theatre, and has choreographed for MTV, BET, International Wow Theater and NBC.

She is currently a professor of musical theater at Nazareth College and the founder of Movement & Characters, a school dedicated to providing industry level, professional classes in the performing arts for students of all ages, levels, and financial backgrounds, located in the Hudson Valley and New York City.