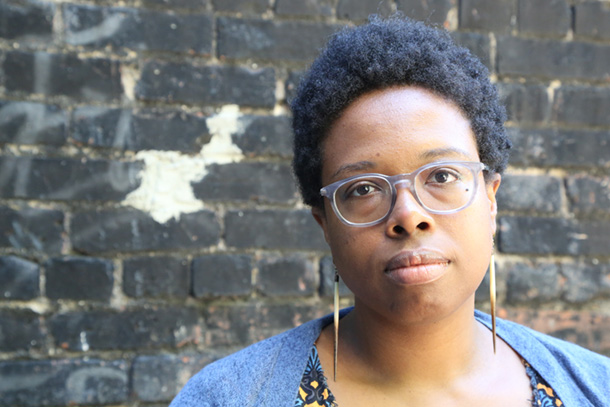 “The [Columbia] faculty were so incredibly open and supportive.”

Jamillah James, a member of the first class of Art History graduates at Columbia College Chicago, puts her skills to use as curator at the ICA LA.

Jamillah James has been busy. In 2016, she was named the curator for the Institute of Contemporary Art, Los Angeles (ICA LA; formerly, the Santa Monica Museum of Art), which opened in 2017. Before ICA LA, she served as assistant Curator at the Hammer Museum in LA, where she helped organize seven art exhibitions for both the museum and Art + Practice, an organization and art space co-run by the Hammer.

“It’s been very hectic, but it’s been a wonderful learning experience,” she says. “If I’m not in front of my computer, I’m at the library, seeing exhibitions around town, or doing studio visits with local artists.” Occasionally, she’s solving mysteries, too.

At the Hammer, James’ coworkers dubbed her the “art detective” when she unearthed several forgotten artworks for Charles Gaines: Gridwork 1974–1989, the first major museum retrospective of work by the influential conceptual artist. The show originated at the Studio Museum in Harlem, New York City—where James worked before moving to LA—before it traveled to the Hammer. Though Gaines was well-known on the West Coast, his work had been largely overlooked by institutions. “Many of his works were missing or unaccounted for,” James says. “It was a wonderful opportunity to redress an absence in the museum’s institutional history, and to showcase his brilliance, which was really ahead of its time.”

James, a New Jersey native, was part of the first class of Art History graduates at Columbia College Chicago. “The faculty were so incredibly open and supportive,” she says. As a student, she organized several exhibitions on campus—and even some in her own living room as a denizen of Bridgeport live-in exhibition space Texas Ballroom (now called Ballroom Projects). As James balanced school and an internship at the Hyde Park Art Center, she also “appreciated how relaxed the environment was” at Columbia. “It enabled me to dabble in many things ... as I found my way to what I was truly interested in and committed to: art history and visual culture.”