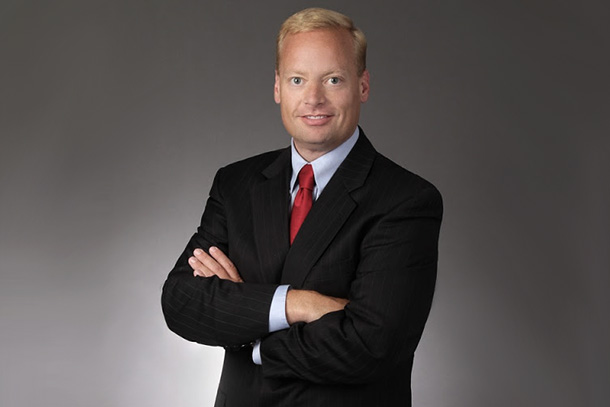 “I thought [the Columbia experience] was just invaluable, and I still do.”

John Hellerman has become a titan of marketing by specializing in strategic communications for vital professional services like law and financial firms.

As a co-founder and partner of Hellerman Baretz Communications, John Hellerman helms a strategic communications agency with a client list that includes some of the world’s premier law, financial and consulting firms.

Hellerman has been called a “PR whiz” and “top media relations pro” by PR Week magazine. Recently, he was recognized in the National Law Journal’s inaugural list of “50 Legal Business Trailblazers & Pioneers.”

Named 2008 Agency Executive of the Year by PR News, Hellerman takes on smart, tech-savvy projects that range from U.S. Supreme Court cases to an award-winning blog discussing the legal implications of workplace hijinks as seen on the TV sitcom The Office.

Hellerman’s route to business-world stardom was a circuitous one.

After finishing prep school in Massachusetts, Hellerman attended Tulane University in New Orleans before transferring to Columbia College in his junior year. At Columbia, Hellerman says he “got serious” about his education.

He says the environment at Columbia appealed to him because he wanted to “mingle with real professionals, who weren’t just teaching from a textbook, but were really teaching you how it shook out in the real world.”

A political science major at Tulane, Hellerman studied communications and public relations at Columbia. He cites marketing communications professors Alton Miller, Jane Canepa and Mort Kaplan as mentors who offered hands-on experiences that helped prepare him for an ever-changing and competitive field.

“I thought [the Columbia experience] was just invaluable, and I still do,” he says.

After graduation, Hellerman got involved in several political campaigns—a milieu in which he met legal professionals for whom he worked on writing projects, including crafting fundraising letters.

“This was in the really early days of marketing for lawyers,” Hellerman says. It was a taste of a field in which he would later flourish.

He also worked at Comm2, a small firm founded by Chicago PR legend Kathy Posner. “We had a tremendous amount of fun every day,” he says, reminiscing about directing the Brach’s Holiday Parade and planning a fundraising event for St. Mary of the Angels Church.

Hellerman eventually narrowed his focus, finding out what he didn’t like (pitching products to the media) and discovering that his true passion was “thought leadership PR for professionals.”

“[Professionals] have a very specific expertise or talent to share with a specific, targeted market and need help to communicate with that market,” Hellerman says. “At the core of it, it’s someone’s opinion about something—an analysis, not a product, which from my perspective makes it a little more worthwhile.”

After this discovery, Hellerman moved to Washington, D.C., in the late ’90s and started his own company, Hellerman Baretz Communications. Today, his award-winning boutique agency, based in New York City, is one of the most influential private companies, serving multiple clients on the Fortune 500 list.

Hellerman says one’s most important job, no matter what the field, is to “make yourself invaluable,” a skill he says he learned at Columbia. As a PR professional, Hellerman has become an indispensable connector between the public and the movers and shakers who shape our world.