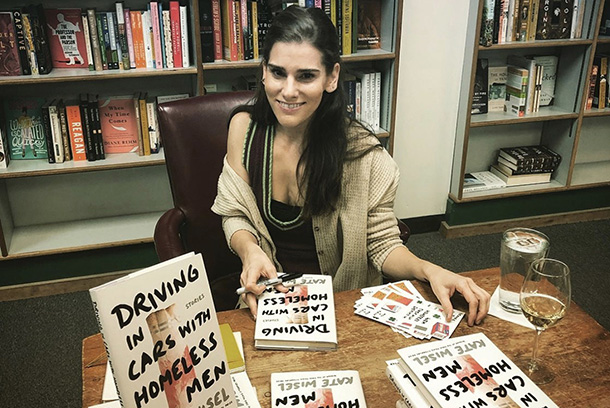 “Reading means you see people do bad things and then you forgive them. Writing is the same. It’s a way to forgive people, including myself.”

Kate Wisel wanted to become a professor so she could empower students the same way that her mentor empowered her.

Getting an MFA can feel overwhelming. When Adjunct Professor Kate Wisel MFA ’17 was 22 she equated getting an MFA to playing in the MLB, it felt like that big of an undertaking for her. At the time she was bagging groceries to pay the bills. But she was also following her passion by taking a creative writing night class at UMass Boston, where she met a professor and mentor named Jenn De Leon.

De Leon believed in Wisel and encouraged her to submit papers to be published, attend conferences and workshops, and to pursue an MFA. De Leon would sit with Wisel at her dining room table and map out Wisel’s future on a sheet of paper. With this support Wisel would pursue a path that would ultimately lead her to Columbia to both get her MFA in Creative Writing and to teach.  “Kate is smart, persistent, funny, hardworking, gracious, soulful, and talented beyond her years. She is not afraid to ‘go there’ in her writing, as in her life, and I am, frankly, honored to know her,” said De Leon. 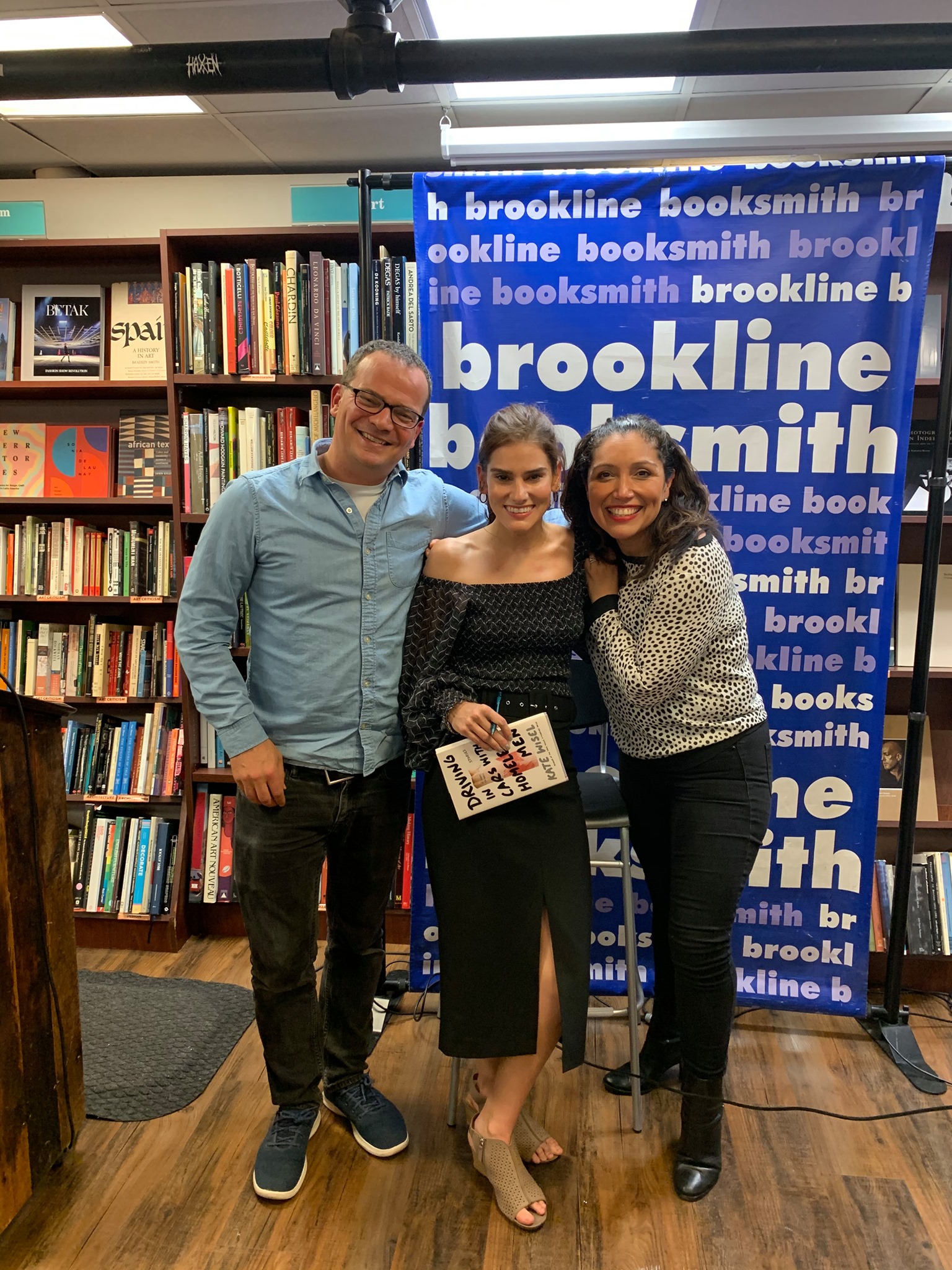 Wisel wanted to become a professor so she could empower students the same way that De Leon empowered her. “Knowledge is power. I want to be a teacher who uses that power to encourage someone I believe in and make a positive impact on their life,” shared Wisel. She decided to become a writer because it takes Wisel a long time to process injustice, however small, and because she thinks in images. “Reading means you see people do bad things and then you forgive them,” said Wisel, “writing is the same. It’s a way to forgive people, including myself.”

Wisel first considered coming to Columbia while at a writing workshop in Guatemala. A writer there told Wisel about Columbia, a place where disciplines like photography and writing cross-pollinated. When Wisel visited Columbia, she saw that the spirit of experimentation and fun were taken completely seriously in each classroom. “The actress in me that had died when I was a teenager crawled out of the ground. No other program I had been interested in permitted this. This free-associating type of play on and off the page. I felt at home,” Wisel said. Today, Wisel teaches Writing and Rhetoric, Introduction to the Short Story, and a Fiction workshop at the College.

On advice to current and prospective students, Wisel recommends aligning yourself with people who have a positive impact on you and your work. Words are powerful, and it’s important to share them with people who honor them. Also, the act of creating art exposes a society to itself. To look at a wound is very painful, but it’s equally necessary. The risk of doing so helps people to feel less alone. Her second piece of advice has to do with becoming a sponge. If you open yourself to random connections in your life and in your work, the world will collaborate with you.

Recently, Wisel had to reread some of her old writing and was surprised to experience how dark some of the material is. However, she’s always been able to amuse herself and recognized some of the built-in hope that took the edge off of some of the darker moments she was animating.

Wisel is also working on learning a new form, screenwriting and writing a television pilot. “Growing pains feel standard when you’re learning something new, but the new project that I’m working on feels like a second childhood in that I’m doing something I never expected to be working on. It’s challenging and a thrill,” Wisel shared.