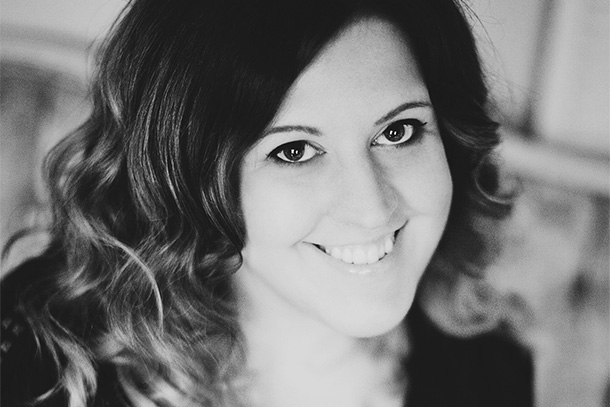 “It does take a lot of hard work, especially if you’re building something that’s your own.”

This entrepreneur worked days in visual merchandising and nights dreaming up her own store—and her hard work paid off with her clothing shops, Pink Slip Boutique and Parker James.

When fashion retail management alum Lauren McKeague opened her Mokena, Ill., clothing store, Pink Slip Boutique, in 2009, she focused on teenagers looking for the perfect prom or homecoming dresses. Her clients loved the boutique’s energy and enthusiasm so much that even when they left for college, they returned to Pink Slip for cocktail dresses or advice on dressing for job interviews. Today, the boutique caters to customers in their teens and mid-20s—and McKeague couldn’t be happier with her store’s evolution.

“We get so excited when we can call someone we know is going to love this dress, and they can come in and try it on,” she says. “The crowd is great because their energy and excitement over the dress is still how we feel when we take them out of the boxes.”

All According to Plan

In the midst of planning Pink Slip’s launch, McKeague continued getting visual management experience by working for stores including Forever 21 and Macy’s on State Street, setting up creative displays (and even helping with Macy’s famous holiday windows).

In the meantime, she reserved her evenings to work on Pink Slip, spending about nine months crafting her business strategy. “I wanted people to take me seriously so I spent a lot of time on my business plan,” she says. “I would just come home at night and continue to work and learn as much as I could.”

When McKeague originally planned Pink Slip, she chose the products first—formal and party dresses she could really get excited about—and the clients followed. “I loved the dresses. They’re so fun to look at, and they’re fun to work with,” she says.

Immersed in retail jobs since her teenage years, McKeague loves the atmosphere and versatility of her day-to-day job of running the boutique. And she puts her visual merchandising skills to use crafting her store’s atmosphere.

What classes influenced McKeague the most during her time at Columbia College Chicago? Visual merchandising classes with Fashion Studies professor Amy Meadows taught McKeague to trust her own ideas with lots of hands-on experience. (After she graduated, she even worked at Macy’s alongside Meadows.)

McKeague uses her Columbia degree every day at Pink Slip, whether she’s stocking new dresses, writing business plans or changing up the store’s layout. She also opened up a "lifestyle brand" boutique, Parker James, in Mokena that sells ready-to-wear clothing and accessories in the shop and online.

“It does take a lot of hard work, especially if you’re building something that’s your own,” she says. “It’s going to take a lot of time and dedication, but once you start seeing everything pay off, there’s nothing more worth it in the world.”