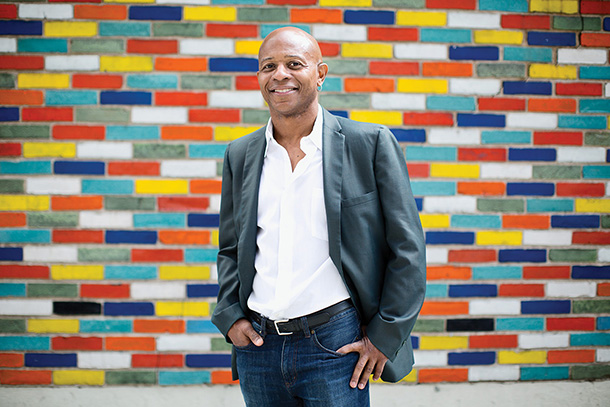 “It’s cool to be in an atmosphere where only the best will do.”

Animator Marlon West satisfies his inner child with a thriving career at Disney.

If you can name a Disney animated classic produced after 1990, Marlon West was probably involved in it. His first project with Disney was to create the effect for The Lion King, and he has since worked on Pocahontas, Mulan, The Princess and the Frog, and the blockbusters Frozen and Moana.

A Kid at Heart

As a child, West saw a picture of legendary animator Willis O’Brien animating “a triceratops and a tyrannosaurus fighting in the Lost World...To my second-grade mind, this was a man who had a gig where he could bring his toys to work,” he says. “That’s what I wanted to do.”

After years of experimenting with Super 8mm movies at home (often starring his G.I. Joe figures), the St. Louis native chose Columbia College Chicago for college. Gravitating toward animation classes early on, West discovered satisfaction in learning the tricks of the trade.

“I honestly think my career started at Columbia,” West says. “The people who were teaching [me] were professionals working in Chicago. I got an internship and a job from my teachers at Columbia.”

After graduating and completing a brief stint in the Chicago film industry, West left for Los Angeles with about $1,200 and a few friends’ offers to “sleep on their floors.”

His first big gig was a California Raisins commercial in which he animated the “pixie dust” swirling around a Claymation figure of Michael Jackson. Another memorable project was the video for the Beastie Boys’ song “Shadrach,” directed by the late Adam Yauch. Each project led to another, and by 1993, West had landed an effects animation position at Disney Animation Studios.

The Man Behind the Blockbusters

When The Princess and the Frog was released in 2009, it was the first hand-drawn Disney film since 2004. It was also the company’s first film featuring an African-American princess, an exciting prospect for West and his then-5-year-old daughter.

“This is probably going to be the first movie she sees in the theater, and for it to be an African-American princess is really cool,” West said at the time.

Recently, West served as effects supervisor on the animated movie Frozen, which received an Oscar for Best Animated Feature in 2014, and Moana, which was nominated for the same award in 2017. “Sometimes I can’t believe I work here,” he says of Disney. “I thought I was pretty good at what I did when I got this job, but I had to get so much better ... To me that’s the best thing about this job: You can’t rest on your laurels. It’s cool to be in an atmosphere where only the best will do.”