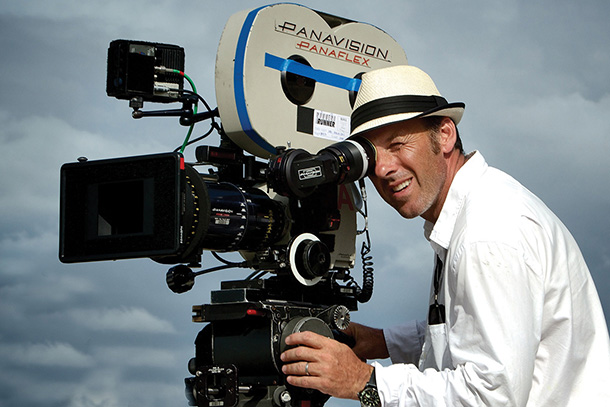 “[Avatar] was a challenging project—an incredible experience, but very difficult.”

Cinematographer Mauro Fiore worked his way up in Hollywood until he won an Oscar for the blockbuster hit Avatar.

Born in Marzi, Calabria, Italy, Mauro Fiore ’87 immigrated with his family to the Chicago suburb of Palatine in 1971, when he was 7. While attending film school at Columbia College Chicago in the 1980s, Fiore met fellow future Academy Award-winning cinematographer Janusz Kaminski ’87 and the friends worked their way up the Hollywood ladder together. Fiore was awarded the 2010 Academy Award for Best Achievement in Cinematography for James Cameron’s blockbuster Avatar.

Big break: Key grip on Not of this Earth (1988), starring Tracy Lords and produced by Roger Corman. “It sounds like it’s one phone call and then all of a sudden, you’re at the top of the world. But the amount of hours you spend not having much money, or looking for work, or wondering what you’re going to do next … It’s a really long process.”

Second big break: Lost Souls (2000), starring Winona Ryder. “Janusz [as director] gave me the opportunity to be cinematographer on the movie. It was a good-size budget, and that put me in another category as far as studios taking me more seriously.”

Proudest accomplishment: Training Day (2001), starring Denzel Washington and Ethan Hawke. “My vision really came across—every part of that little visual language is on the screen. It’s pretty unbelievable that [director Antoine Fuqua] interpreted things very similarly visually. I really liked the process of sculpting the film, the amount of care that went into it.”

On Avatar: “Avatar required a lot of experimentation, and a reinterpretation of how I deal with composition and lighting. [Cameron] is at the height of technology. He’s a very technical director [and] so specific about every little detail. There was a sequence, for instance, where all the flying vehicles were in a motion-capture environment. Jim hired helicopter pilots to come in for the day and operate those tiny helicopters, holding them on a stick and making sure that that helicopter did exactly what a helicopter does. You realize how huge a project can be and how much involvement a person can have to really put a vision across. That was a huge lesson. It was a challenging project—an incredible experience, but very difficult.” [Ed. Note: Avatar became one of the highest-grossing films in history.]

On winning the Academy Award: "What I think is interesting is how it affected people in my hometown in southern Italy. That moment was so much bigger than the moment in my own life. All of a sudden, you’re like the president that people want to see. It was more like the Beatles were coming to town."