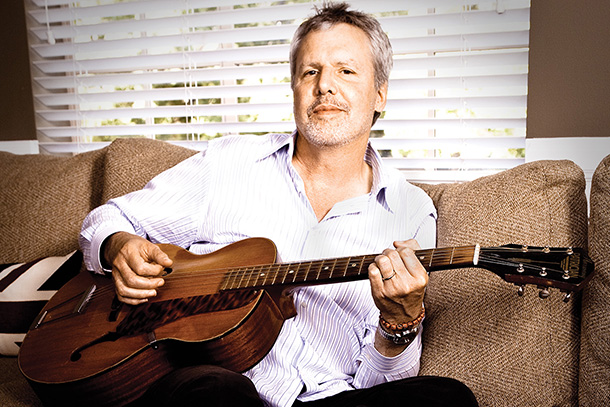 “Columbia was by far my best educational experience. You get a sense of confidence from being at Columbia.”

Paul Broucek has produced music for legendary films such as Harry Potter and Lord of the Rings, and he credits Columbia with building the foundation for that success.

Paul Broucek, president of music at Warner Bros. Pictures, graduated from Columbia College Chicago in 1974 with a focus on creative writing and music.

His film-school education came a few years later, though, while working with one of Hollywood’s best sound designers for 10 months on the groundbreaking movie Apocalypse Now.

Since then, he has gone on to produce the music for films such as The Lord of the Rings, Harry Potter and Austin Powers. And he credits his experiences at Columbia with building the foundation for that success.

“Columbia was by far my best educational experience,” Broucek says. “I just loved the vibe. It left a big impression on me in terms of expressing yourself, getting your ideas down on paper. You get a sense of confidence from being at Columbia.”

A few years ago, Broucek got a call from Andy Hill, who was starting an MFA program in Music Composition for the Screen at Columbia. Hill encouraged Broucek to come back to Chicago for guest lectures and workshops.

“I was amazed by the South Loop,” says Broucek, who was born and raised in the suburb of Oak Park, Ill., but left for California soon after graduating. “It’s every bit as vibrant as the area around NYU in Manhattan.”

Reconnecting with Columbia forged the groundwork for Broucek’s significant contribution to the construction of the school’s Media Production Center, which opened in 2010 and is the first new construction building in the college’s history.

Broucek says he loves that students have access to the state-of-the-art production center. “They can really up their production values while working on their projects,” he says. “It’s deceptively simple in design, and that’s on purpose. Like a good production facility, it can become so many things so quickly. It’s a really exciting place.”

Before becoming president of music for Warner Bros. Pictures in 2009, Broucek spent 12 years working on music for New Line Cinema, including four years as president of the music division. He served as executive music producer on The Lord of the Rings film trilogy.

“The big story in my career is and will be Lord of the Rings,” he says. “That was a tremendous experience, exhausting and all-encompassing. It’s the biggest and probably most expensive music project in the history of cinema because of what we did and how we did it.”