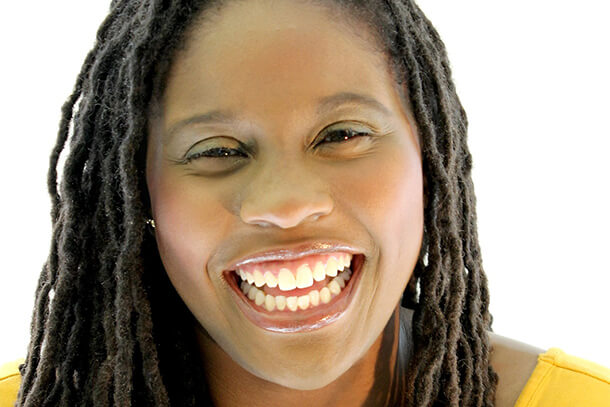 "Your path may not be what you think it is, but if you trust your gut you’ll always end up where you need to be."

Rachel Russell channeled her passion for dance into nonprofit pursuits.

Rachel Russell wanted to dance hip-hop, but in order to take that class at her hometown’s dance studio, she had to start with ballet. “I ended up going there and taking everything,” she says. “I took ballet, I took modern, I took hip-hop, I took tap. If they had a class, I took it.”

Today, Russell lives, works and dances in New York City, where she channels her passions into public school classrooms with non-profit organization Public Allies. She also harnesses her creative energy by dancing with two companies in Harlem and Brooklyn.

While in Chicago, Russell wondered about ways to bring dance to a wider audience. So when she moved to New York, she started researching non-profits.

“I was going through things online and Public Allies came across my radar,” Russell says. An off-shoot of the AmeriCorps program, Public Allies sponsors leadership training for young people. “I really liked their principles, the vision, the mission, the goals,” she says. She applied—and was accepted—to the site in New York, where she now works as a leadership trainer.

As a leadership trainer, Russell works in New York City schools helping with administrative work, workshops, social justice training—her work changes day-to-day. The job isn’t specifically about dance, but she likes to incorporate stretching, breathing and movement workshops into her training sessions. Through Public Allies, she’s also gotten to know New York better—including the discovery of two companies she now dances with in Brooklyn and Harlem.

“Even on the days when dance is hard or I don’t feel like dancing, dance always makes it better,” she says. “It’s a love and a passion that doesn’t go away.”

A Body in Motion

Russell danced formally and informally all through childhood while throwing herself into a combination of musical and athletic pursuits. In school, she got involved with band, swimming, basketball and gymnastics, which she says improved her dancing.

“Being able to hear music, to see rhythm in the body … breathing, moving throughout space. All those develop an awareness which I think contributes to dance,” she says.

Even when she’s not dancing, this knowledge informs Russell. During her training with Public Allies, she found herself leaning on a lifetime of athletic training. “I didn't hide my tendency to process with my body, and use my body when speaking,” she says.

Russell leans on her Columbia College Chicago degree, whether she’s dancing professionally or working with Public Allies. “I can speak about dance, write about dance, talk critically about dance,” she says. “You name it, I’ve learned it. You graduate and you have a full breadth of the possibilities in the world.”

She advises current dance students to follow their passions, but always keep an open mind: “Your path may not be what you think it is, but if you trust your gut, you’ll always end up where you need to be.”