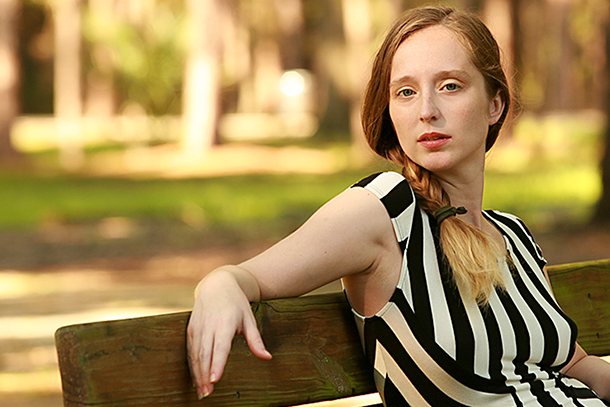 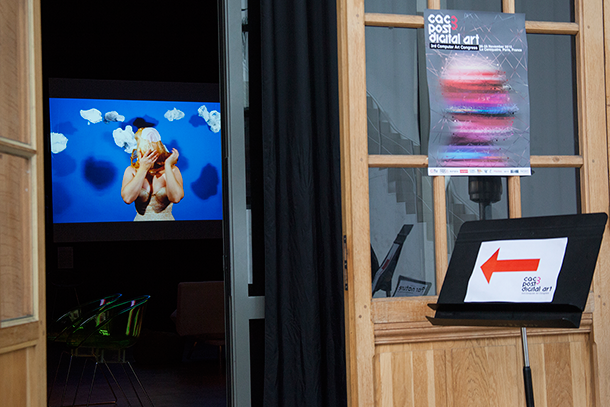 "My work explores body, consciousness and connection to the environment."

The arts have stirred the soul of Stacey Stormes since her childhood days in Indiana and Florida. With a drama teaching mother and a photographer father, she started seeing the world through multiple lenses. Now, as both an adjunct professor back home in the sunshine state and an interdisciplinary artist with international exposure, Stormes is sharing her perspective with an ever-widening audience.

In 2013, Stormes’ exhibit Plastic Ok? landed her a spot at Le Centquarte in Paris in the Computer Art Congress 3. In response to the BP/Deep Water oil spill, the video shows a nearly breathless Stormes, a Gulf Coast resident, in an endless battle with plastic bags—putting them on her head and tearing them off.

Along with the validation of presenting work overseas is the chance for artistic development. “Art doesn’t exist in a bubble,” Stormes says. “The international experiences have been huge growth opportunities for me. The more informed you are, the more connections you have beyond your border, the more you can grow.”

Back in the States, Stormes has kept Columbia College Chicago connections intact through work with Core Project Chicago, an interdisciplinary dance company. “Squelch,” her archival print, showed at the Hyperlink Gallery show Dashing and Crashing in fall 2014 at Chicago’s Zhou B. Art Center.

After earning a BFA in printmaking at the University of Florida, Stormes says Columbia provided the perfect fit for earning her MFA—she applied nowhere else. “Jeanine Mellinger, [a former professor in media arts] was an amazing mentor to me. I feel like she was the reason I was supposed to be in Chicago.”

And from student to teacher, Stormes remains committed to lifelong learning and hopes that’s a takeaway for students in her classes at the University of South Florida and the International Academy of Design and Technology. That and discovering the myriad ways of storytelling. “I want [students] to learn how to work from a concept-driven point,” she says, “to take the idea for a piece and the vision they have in their heads and find the right medium for it.”