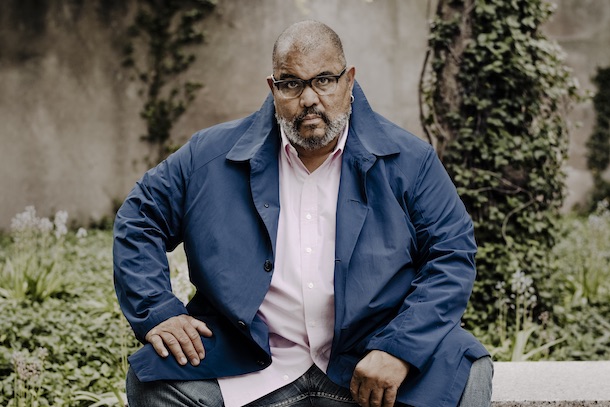 “To know that my efforts to visualize and elevate the conversation regarding the lives of ordinary and often marginalized peoples through my work has been recognized at the highest levels is deeply gratifying.”

Five things to know about the Photography professor and world-renowned artist who has taught at Columbia College Chicago for more than 20 years.

He began his career in 1975, photographing in the streets of Harlem, New York. The five-year project was later exhibited in his first solo exhibition, Harlem, USA, at the Studio Museum in Harlem in 1979. His Birmingham Project, a group of works that memorialized the six young black people tragically killed in Birmingham, Alabama, in 1963, has received widespread critical acclaim. It was most recently exhibited at the National Gallery of Art in Washington D.C. and will be at Columbia College Chicago’s Museum of Contemporary Photography from April to July 2019.

Photography Professor Dawoud Bey received a 2017 MacArthur Foundation Fellowship for his accomplishments in the field of photography. The Fellowship is awarded to individuals in a variety of fields who have shown exceptional originality and dedication to their creative pursuits.

About the honor, Bey said, “To know that my efforts to visualize and elevate the conversation regarding the lives of ordinary and often marginalized peoples through my work has been recognized at the highest levels is deeply gratifying.”

Bey’s exhibition Night Coming Tenderly, Black opened in Cleveland in 2018, before coming to the Art Institute of Chicago in 2019. This series of black-and-white photographs reimagine sites along the last stages of the Underground Railroad. They are intended to depict the paths that fugitive slaves took to freedom under the cover of night. By positioning the camera from the slave’s point of view, we see the journey through their eyes.

Bey’s work is in the permanent collections of leading museums in the U.S, including the Art Institute of Chicago, the Museum of Modern Art in New York, and the Whitney Museum of American Art. His work was exhibited at the National Portrait Gallery in London, and a mid-career survey of his work traveled throughout the United States and Europe.

A monograph retrospective of his work, released in 2018, is titled Dawoud Bey: Seeing Deeply. Says the publisher: “Seeing Deeply demonstrates how one man’s search for community can produce a stunning portrait of our common humanity.” In 2020, the San Francisco Museum of Modern Art and Whitney Museum of American Art will give him a full retrospective.

At Columbia, Bey takes advantage of Chicago’s bustling art scene, often bringing his classes for behind-the-scenes tours at museums and galleries. Since coming to Columbia in 1998, Bey has mentored many students who’ve gone on to great success—including Jess Dugan MFA ’14 and Brian Ulrich MFA ’07. In 2018, Columbia awarded him with an honorary degree.