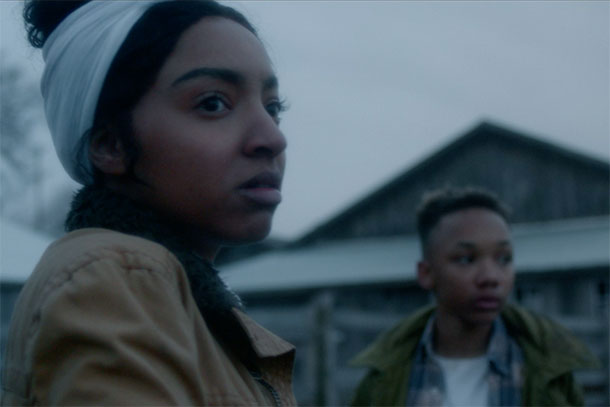 Columbia College Chicago 2018 Advanced Practicum film, "A Wolf Comes at Night," to be screened at film festivals across the nation.

Columbia College Chicago is proud to announce that CTVA Alum Nathan Marquez, ’18, has had his film, “A Wolf Comes at Night,” accepted into the following film festivals:

“A Wolf Comes at Night” follows two siblings, Lucy (Whitney Tate) and Leo (Taureen Shambee Jr.), who struggle to protect their Grandfather (Cedric Young) and his livestock amidst unprecedented dangers.

The screening details and tickets for the Beloit International Film Festival can be found at the link above. For updates follow Nathan Marquez on IG @nathanlmarquez.