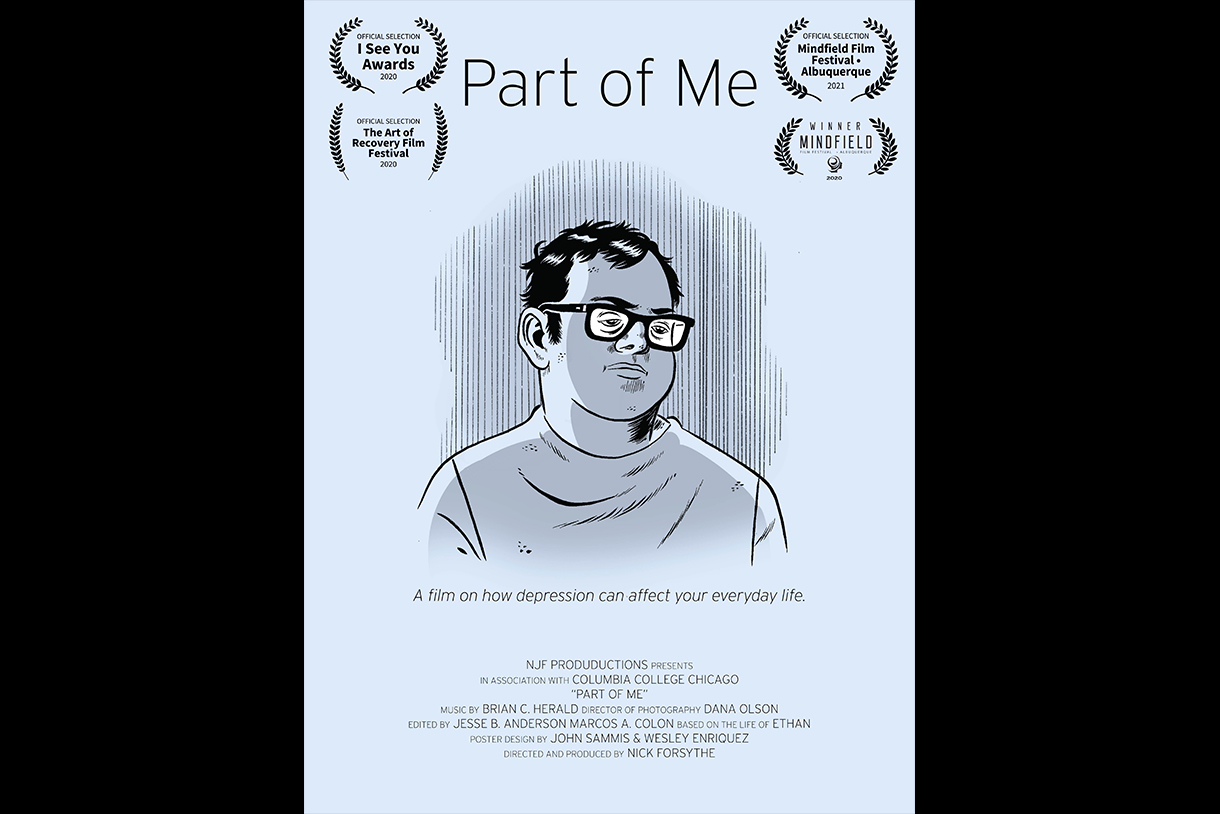 The film, which was supported by Columbia College Chicago as a Film Launch Awardee, has been screened at film festivals across the country and won in Midfield Film Festival Abuquerque's Bi-Monthly Competition.

The film follows a 21-year old college-student, Ethan, who navigates his daily life as he struggles to co-exist with his depression. "Part of Me" was directed and produced by Columbia Cinema and Television Arts and Journalism alum Nick Forsythe '20, who has said of the film, "Through [Ethan's] story and everyday life he demonstrates that depression and all other forms of mental illness are a 'part' every person that never goes away. The only thing that sets people apart from one another is how or if they choose to co-exist with it or not."

You can find out more about the film by clicking here. The trailer for the film is available here. You can follow the film on Twitter @njfproductions and Instagram: njfproductions.