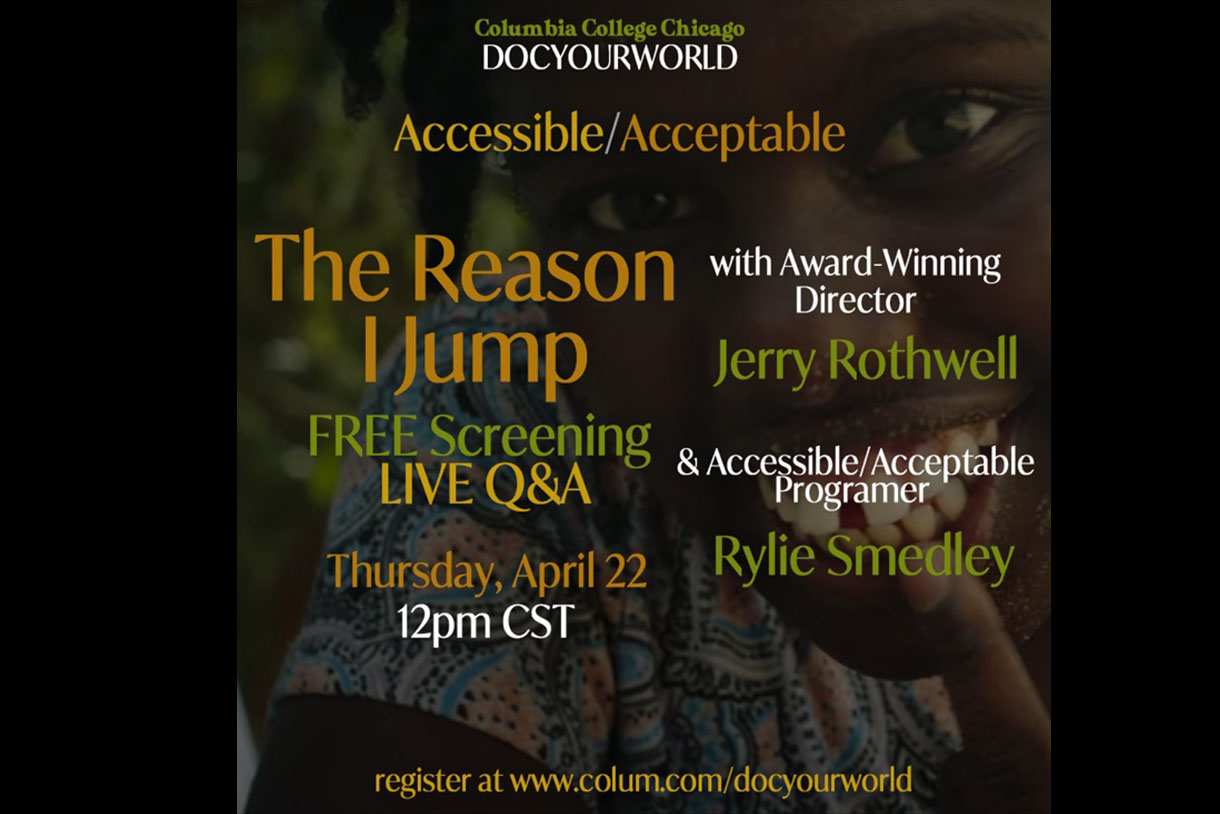 DocYourWorld, the annual student-run documentary film festival at Columbia College Chicago, will be hosting events throughout April 2021 on the theme "Justice for All."

This year, the weekly subjects that will be explored in the festival are the following:

There will be additional programming offered in encore presentations from April 26-30, 2021.

DocYourWorld offers an impressive selection of content available to the public, which can be seen on the schedule for the festival, here. Notably, on Friday, April 9th, DocYourWorld offered a conversation between student programmer Nadeen Alwan and best-selling memoirist Mohamedou Salahi, whose memoir was re-envisioned in the film The Mauritanian. "Through this event, I hope that viewers will learn more about the ways we use storytelling as a tool of expression and how powerful that tool can be," said Alwan.

On Friday, April 16th at 5pm CST, DocYourWorld will be screening Marlon Riggs' Tongues Untied and offering a conversation with Brian Freeman, Alan Miller, and Cornelius Moore along with Come As We Are programmer Julien Otto. Registration for the free screning and conversation can be found here. People registering will be sent a Vimeo link with a special code on Thursday, April 15th, around noon and will have until Friday at midnight to watch Tongues Untied for free. They will also be given the Zoom link for Friday’s conversation between Julien and three of the people who collaborated with Marlon Riggs on the film.

During week 3 (April 19-22), DocYourWorld will offer a screening of The Reason I Jump, a film which won the 2020 Sundance World Cinema Documentary Audience Award. The Reason I Jump is a cinematic exploration of neurodiversity and the experiences of non-speaking autistic people world-wide. This screening was born from student Rylie Smedley, who saw the film and reached out to the director who agreed to do an introduction to the screening and a live conversation which will take place at 12pm CST on Thursday, April 22nd. Registration for the free screening and live Q&A can be found here.

Inquiries about further DocYourWorld events and programming should be directed to Cinema and Television Arts Associate Professor Dan Rybicky at drybicky@colum.edu.