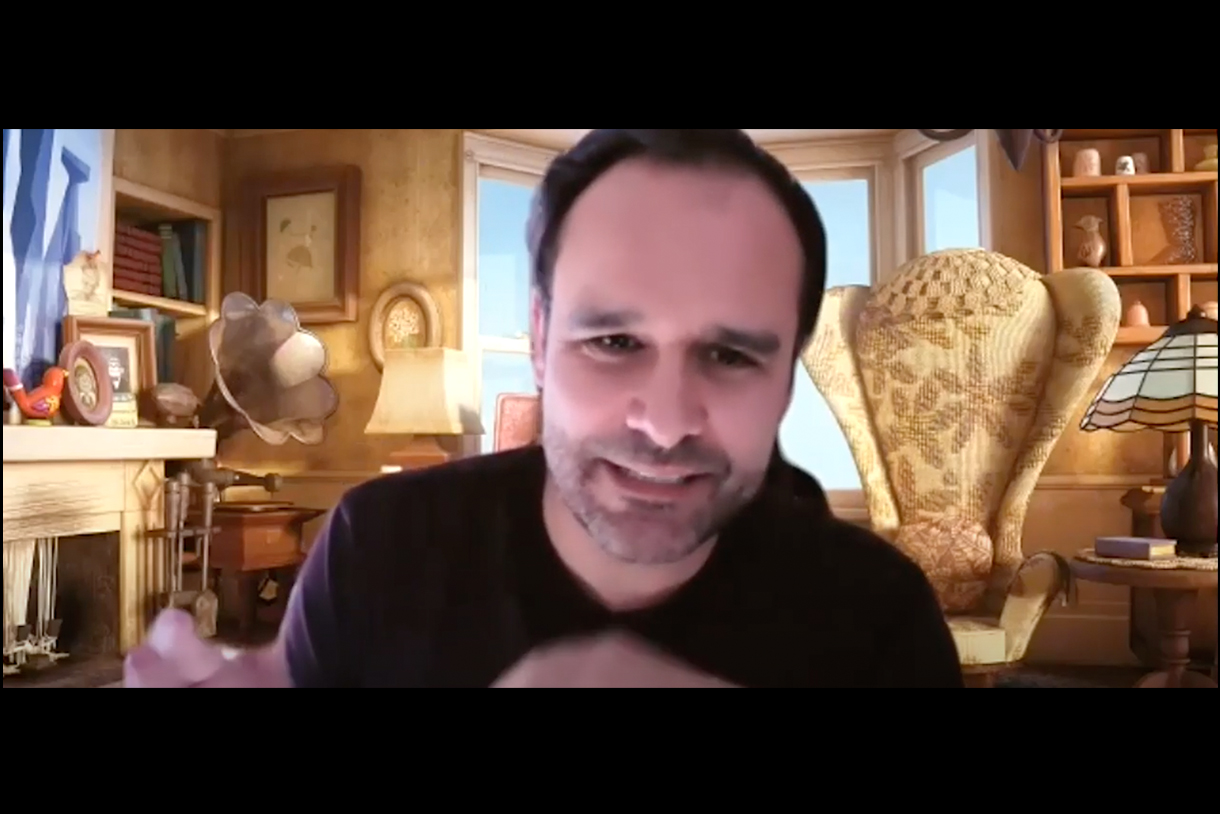 Pixar’s 2020 animated film Soul hit all the right notes. The film took home accolades from the Academy Awards, BAFTA Awards, NAACP Image Awards, Producers Guild of America Awards, Blimp Awards, Golden Globes, and Critics Choice Awards. From almost moment one, the film encouraged viewers to examine their own dreams, their own persistence, and their own expectations and judgements of others in their relationship with the animated protagonist, Joe Gardner.

Gardner’s humanity, joy in musical performance, and interactions with others are all embedded in his physicality, a physicality that the character owes to Columbia College Chicago Cinematography and Film Production alum Daniel López Muñoz ’96. Muñoz, who started in art direction in 1996, has extensive experience in the field. He worked as a freelancer for Blue Sky Studios before more recently taking his talents to Pixar, where he was on the team that created The Incredibles 2 (2018) before starting to work as a Lead Character Designer and Character Stylist on Soul (2020).

In this interview, Muñoz sits down with Animateducated channel host and Animation alum Jim Richardson '87 to discuss his career trajectory.