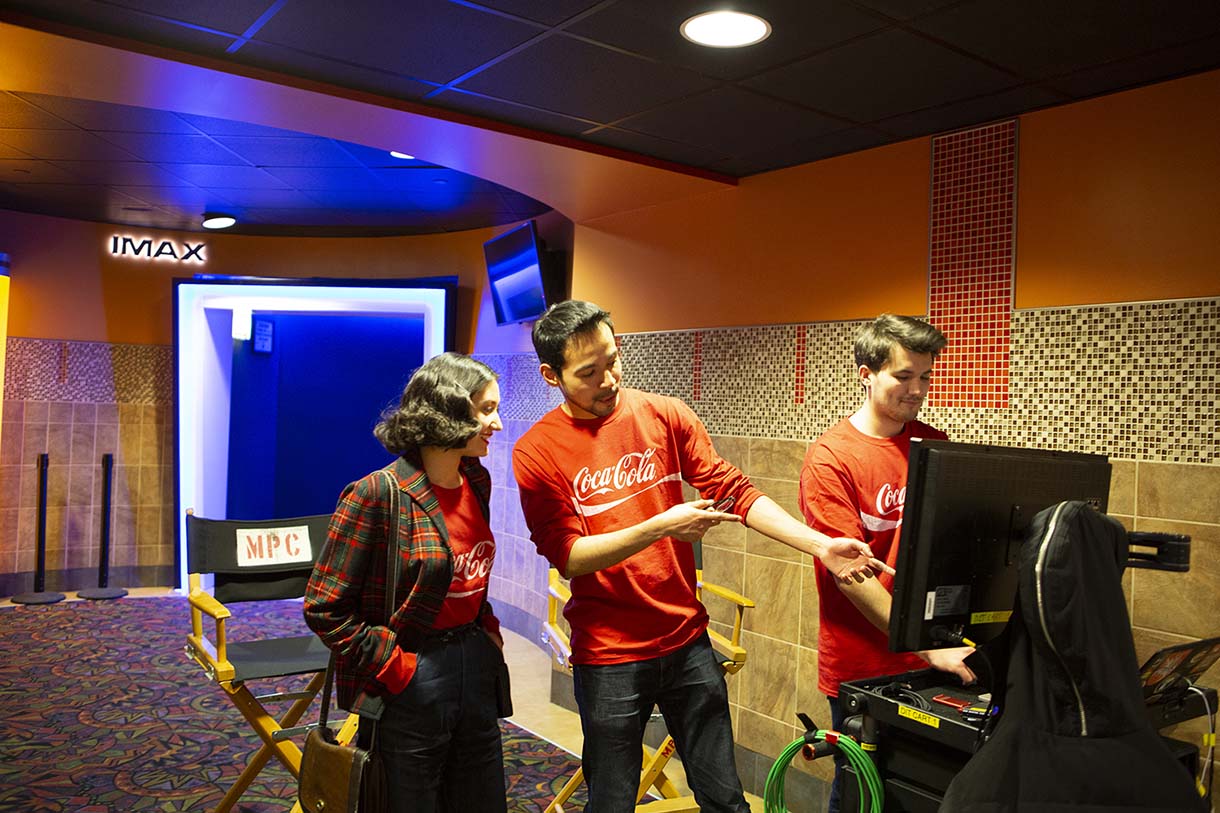 If you are checking out a film at a Landmark Cinemas in Canada this Fall, chances are that, before your feature starts, you’ll see a Coca-Cola Refreshing Film spot written, directed, and produced by Columbia students. In 2020, Columbia’s Miguel Garcia and Mia Elliott were named finalists in that year’s program and received $15,000 to write, direct, and produce a 35-second spot called “Magic” that is now playing in theaters throughout Canada. The effort involved not just Garcia and Elliott but many other Columbia students as well. In this Making of“Magic” video,  Garcia, Elliott, and other Columbia students who worked on the film discuss the lessons learned while creating the spot and why it was such a valuable, hands-on experience.

For the 2023 challenge, Coca-Cola Refreshing Films is looking for scripts that celebrate the big screen experience as the ultimate break opportunity. The grand prize-winning spot will run in Coca-Cola partnered theaters across the United States and Canada, including AMC, Cinemark, Cineplex, and Landmark. More information can be found here.