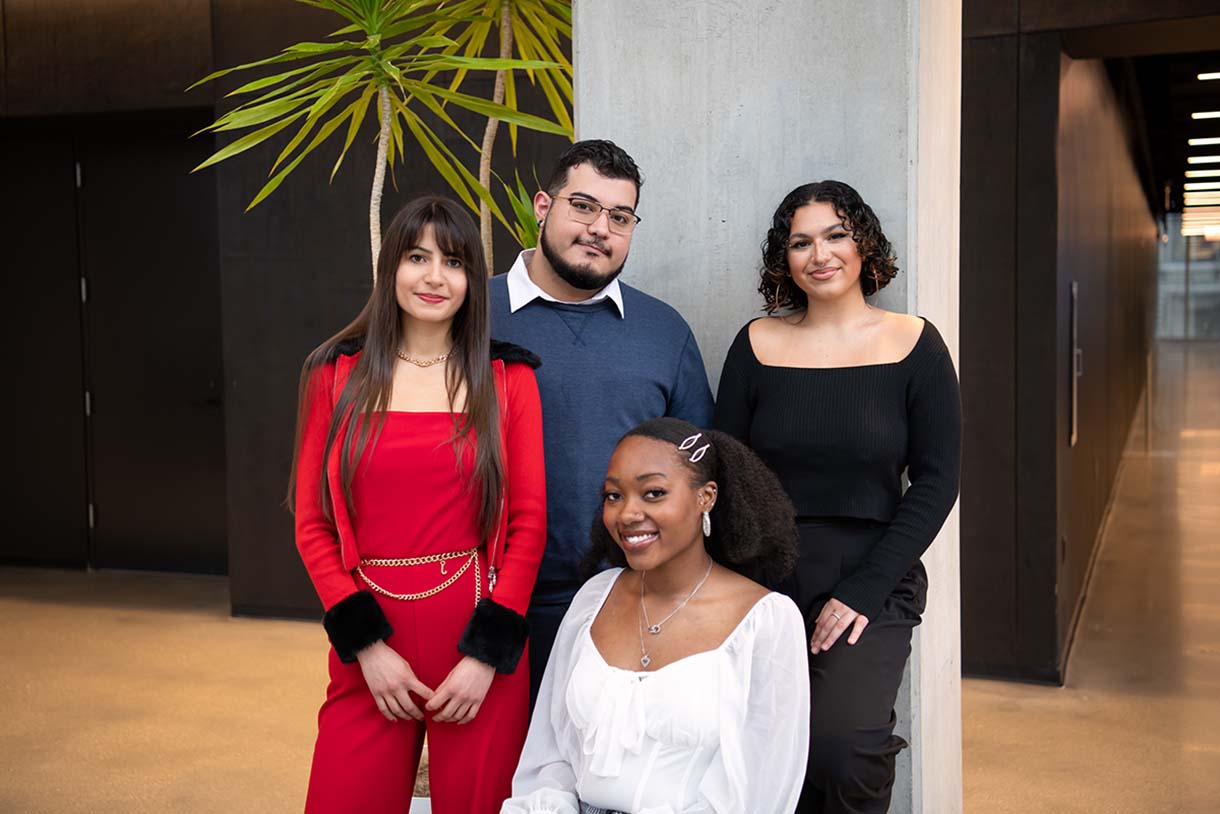 Once again, Columbia College Chicago students have been named finalists in the NRF Foundation’s Student Challenge, an annual team business competition designed to give undergraduates real-world experiences and earn scholarships. The Columbia team is among three teams from a national competition that will go to New York City in January to present their pitches to leaders from retail’s biggest companies.

When the students heard the news, they were elated. “It was one of the nicest experiences, having your phone blowing up,” Osorio says. “It was like, ‘Wow, we made it finally after all this work.’”

For the challenge, teams were asked to research markets for a new concept store from Dick’s Sporting Goods called Public Lands. Each team identified and researched three locations and then landed on one for their new store concept. “It was fun to be able to get out there and conduct our own research,” Norris says.

The creative collaboration surrounding planning a grand opening proved especially rewarding for Wright. “When we were throwing out ideas,” she says, “it just felt like really a comfortable space for me because it was an open area for creativity.”

Columbia students participating in the NRF Foundation Student Challenge come together from different departments at Columbia to compete, with this year’s finalists representing both the Communication and Fashion Studies departments. They are led by Dana Connell, director of scholarship initiatives and associate professor in Fashion Studies, and Peg Murphy, associate chair and associate professor in Communication.

Throughout the experience, Connell and Murphy saw their students develop important skills.“Teamwork is number one—being able to bring students together who are from different disciplines and yet really appreciate each other's knowledge and perspective and be able to still work together,” Connell says.

Students also learn about careers in the retail industry, Murphy says. “It's an opportunity to learn there's all kinds of things that go into it and (retail) needs really so many different kinds of talents, whether it's analytics or it's creative content creation or it's merchandising or it's thinking about what we're going to do in the metaverse next week,” she says. “(Retail is) just such a great field for so many people.”

With Fall classes over and students beginning to enjoy their winter breaks, the team looks forward to their January trip to New York City.