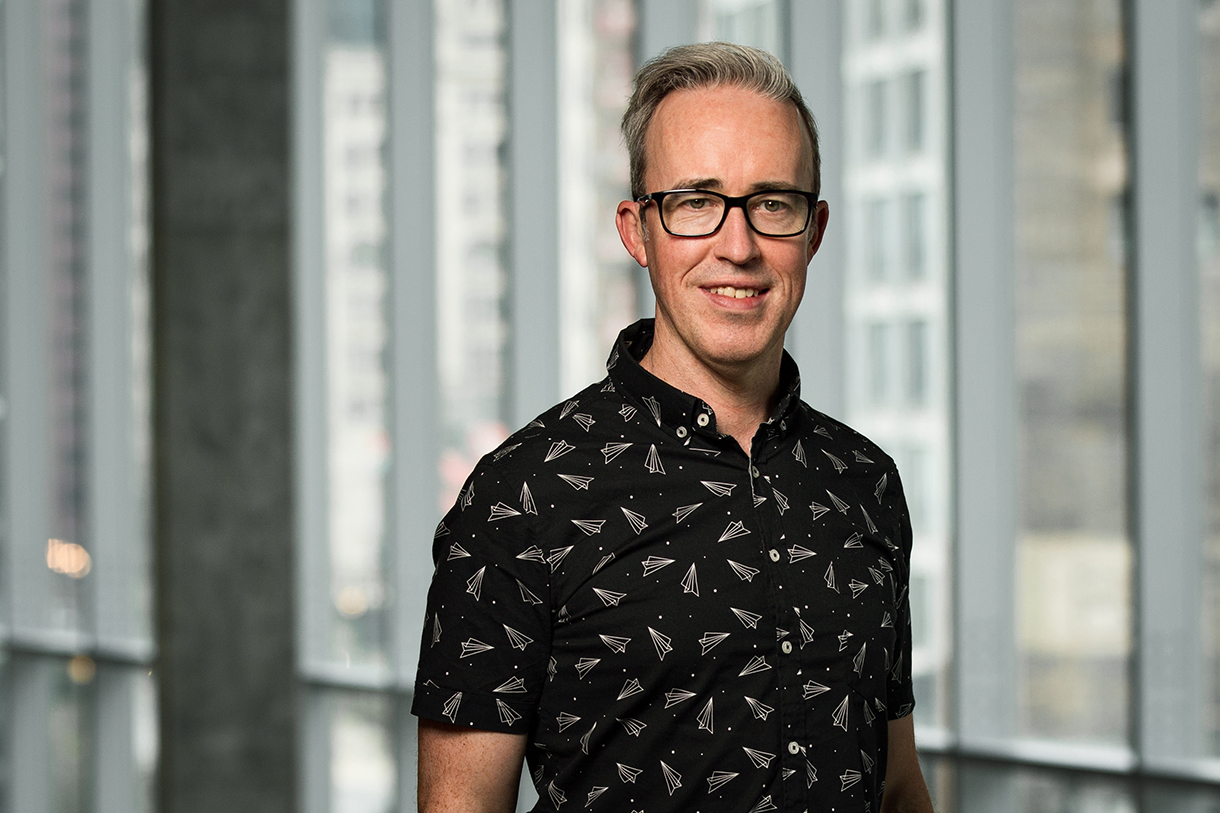 His first job was working in public relations and development for the Catholic Charities of Fort Worth, where he commuted to graduate school at Texas Christian University on a road that spanned two heavily-segregated sections of the city: one predominantly white and wealthy, the other poorer people of color. He knew early on that he wanted to teach, so Andrews planned to pursue a master’s degree in English. However, when he started his master’s program one of his first classes was what he now understands to be cultural studies. When he first read Edward Said’s Orientalism – about the politics of representation and imperialism – he saw echoes of the divide he witnessed daily on his drive down Berry Street. Fascinated to learn more, Andrews worked with his professor to find similar courses that would help him follow this new interest, leading him to complete his masters and PhD in George Mason University’s Cultural Studies program.

“Cultural Studies is an interdisciplinary area of research that is concerned with understanding the way that knowledge and power relate to one another in a social totality,” explained Andrews, “It’s ultimately a study in the way that culture is used as a tool for both ideological repressions and political liberation.”

Andrews has spearheaded Columbia’s recent Cultural Studies BA program update as the Co-Chair (with LAS Dean Steven Corey) of an ad-hoc committee of faculty and staff across the college. With the relaunch, he will serve as Program Coordinator. The program now provides a very rigorous, critical focus, that unpacks the theories of cultural studies and helps connect them to the diverse creative and disciplinary fields throughout the college. Columbia’s Cultural Studies BA consists of a set of core classes that are taught by faculty who have a disciplinary background and theoretical commitment to cultural studies, as well as courses from other schools at the College, making it possible for students to combine their critical interests and creative work. It also gives students who are in cultural studies, the opportunity to take classes in Theatre, Fashion, Cinema and Television Arts, Dance, Art and Art History, Communications, and more.

Andrews is also working on a book project, exploring how recent movements including Black Lives Matter, Me Too, March for Our Lives, and others, have been fueled by the internet. “I’m looking at what have become real flashpoints in these discussions, such as safe space, cancel culture, triggered, and talking about why these are flashpoints and how they have become flashpoints, but also, to try and understand the way that trauma works in this environment,” said Andrews.