Pax Helgesen ’15 on the Road to Creating Audio for Games 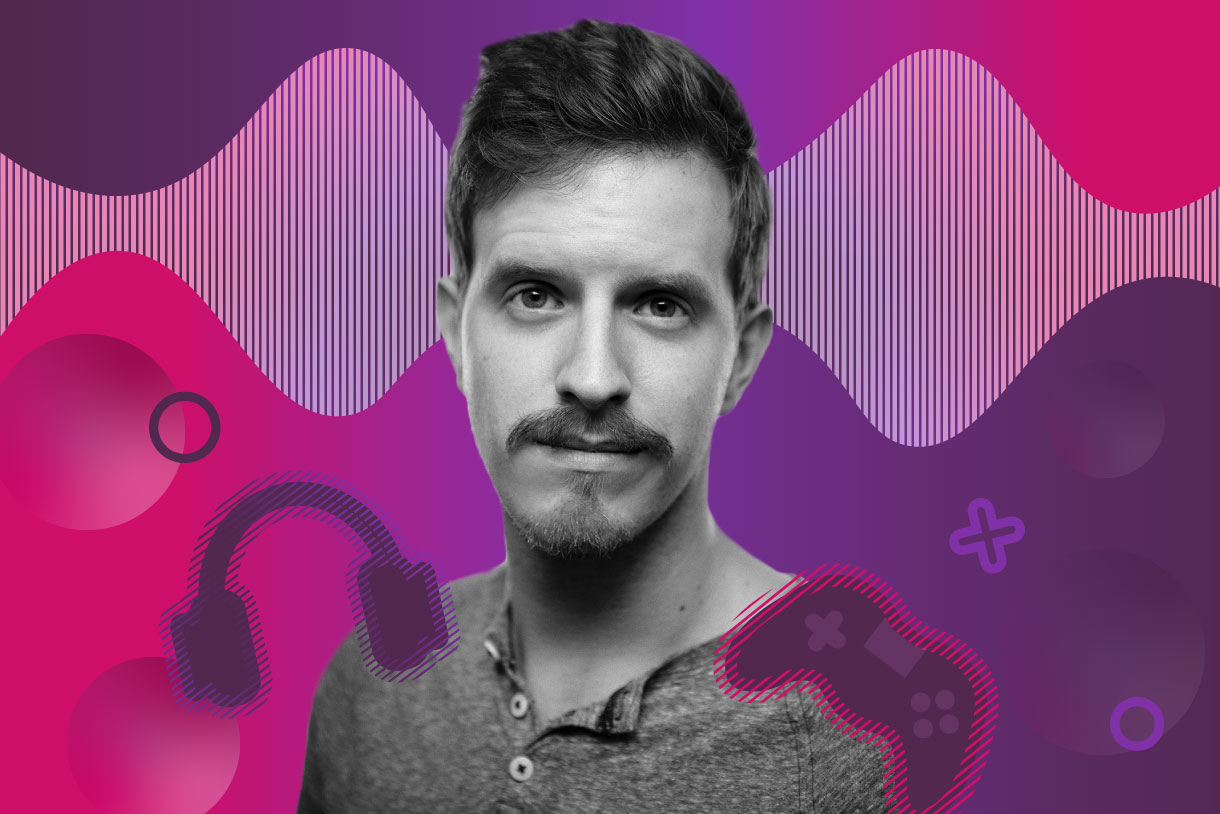 Pax Helgesen
Pax Helgesen ’15 has carved out a successful career in sound design. Now, he's here to pay it forward.

Growing up, Pax Helgesen would spend most of his free time in one of two ways: playing video games or playing music. Music has always been part of his life. As he says, “I come from a family of musicians, and I think this exposure early on became a large factor in wanting to pursue [music] as a career path.” Both his father and grandfather were instrumental in the music scene in Chicago: his grandfather as a jazz musician who was proficient in the drums and piano, and his dad as a drummer and show promoter. It wasn’t long before Helgesen himself began playing in his own bands and learning the ins and outs of recording. Still, he wasn’t sure how he wanted to take his proficiency in music and recording and channel it into a career. He did know, though, that he wanted to explore audio production, music, and sound design.

Helgesen decided to enroll at Columbia College Chicago after researching top schools in audio production. As he says, he originally wanted to pursue a career in post-production for film, and “Columbia’s programs offered a great introduction to the cinema workflow.” He considered his second love, gaming, something that would likely have to stay a pastime as he moved forward in his career. That was, he says, “until I learned about the middleware application Wwise and what it allowed sound designers to do to author content in an interactive way for games.” Suddenly, the path forward, seemed clear. This was a way for him to continue to build his skills, to dive into his love for creating content, and to work with other like-minded people. As Helgesen notes, “Current generation games are as cinematic as film and offer a host of unique challenges in an interactive format.”

Columbia offered a number of faculty members who acted as mentors and guides for Helgesen: Michael Coyle, Benj Kanters, Ted Uzzle, Howard Sandroff, Peter Zhang, and Diego Trejo, among others, all offered Helgesen support as he pursued his passion for audio production. Together, they prepared Helgesen for transitioning from a music-oriented sound background to audio post-production, stressed the importance of hearing health and psychoacoustics, and taught Helgesen the physics of sound. As he says, “All of these have useful lessons that can be put into practice daily in sound design.”

Still, after graduating, the road wasn’t easy. “Finding your first full-time gig is one of the most difficult hurdles to get over,” Helgesen says. “It’s a very saturated field with not enough of those staff positions to accommodate everyone looking for a role. I spent a lot of time working on demo projects and redesigns, student films, polishing up the reel—always working to improve.” He knows firsthand what it’s like to get rejection letters from literally hundreds of studios and post-houses. But he also knows what it means to truly persist. Today, he is a full-time sound designer for Bungie in Bellevue, Washington, and is working on the game Destiny 2.

“Working on Destiny is honestly my dream job,” Helgesen says. “I’ve loved this game ever since I first started playing the beta some 6 years ago, so it’s been such a privilege to be a part of this team. It’s a very unique game in that it blends elements of sci-fi, magic, and realism toa always make for exciting sonic opportunities.” Despite his full work-load, he also is dedicated to giving back to the audio community. “When time allows,” he says, “I like to offer reel and website feedback reviews for recent grads and those looking to get into game audio. Having a a reel and website are both essential for these, but having them packaged up to represent you in the best light possible is important. I was fortunate enough to have others help me in my journey when I first was getting started, so I try to do the same for others in the hopes they'll continue that cycle someday.”

And for those who hope to follow in his footsteps, Helgesen offers some advice: “[Learn] the fundamentals of audio middleware such as Wwise and FMOD, and practicing implementation in demo projects in Unreal Engine or Unity. Develop workflows in your DAW of choice (I recommend Reaper!) that enable you to work as efficiently as possible. Continue to develop your craft by studying games and film with sound design that you admire, and practice creating similar sounds.” And to those who are committed to the work, who persist, and who can remain kind to themselves on the journey, Pax says, “Enjoy your audio adventure, and I hope to see you along the way!”