Teena Sloane-Hendricks ’20 Continues Legacy at Columbia With Her Children 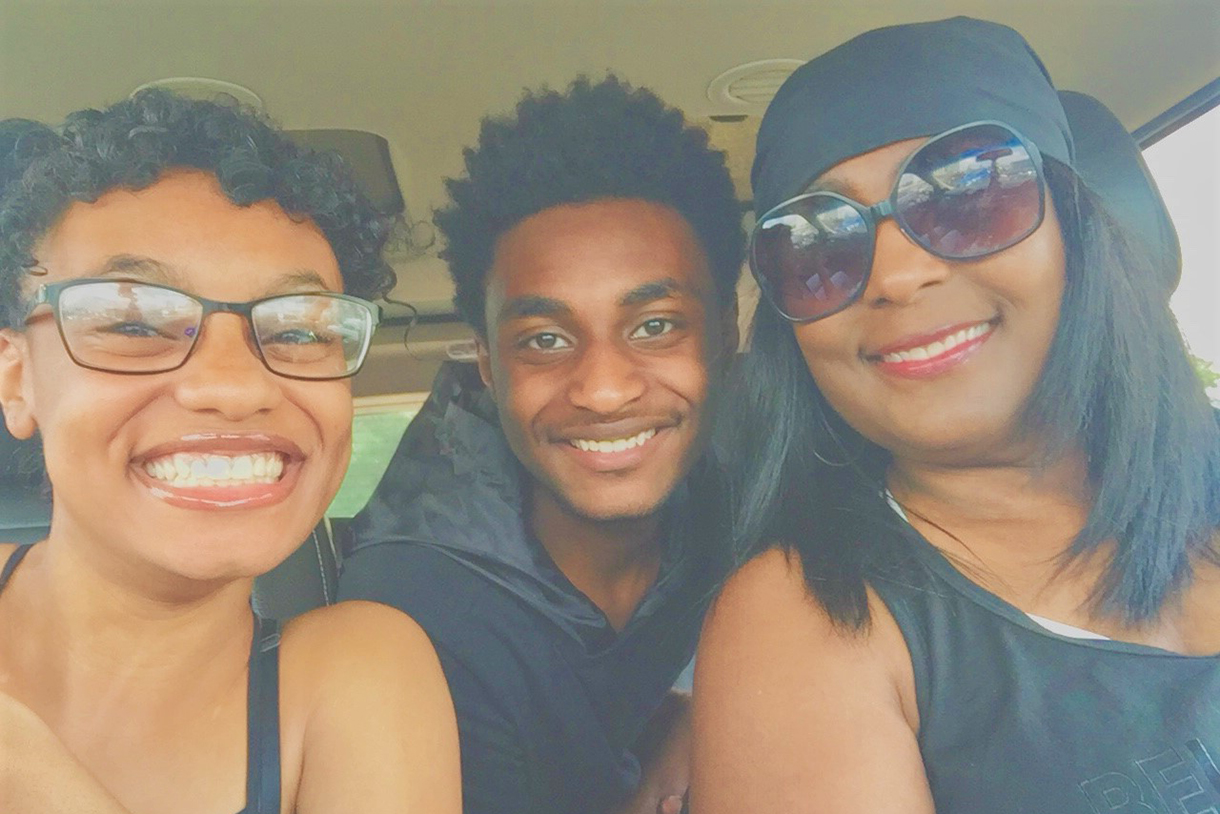 The first time Teena was on campus, in 1984, she knew that she would return – and encourage her future children to do so too.

For Teena Sloane-Hendricks ‘20 Columbia College Chicago is more than just a school. The first time Teena was on campus, in 1984, she knew that she would return – and encourage her future children to do so too.  Sloane-Hendricks first received a BA in Communications from Columbia, and later returned for a BA in Integrated Marketing Communications, and most recently has graduated from Columbia with an MA in Civic Media. “Columbia has always been the ideal place for creatives to find themselves and cultivate their passions and purpose. I knew I definitely would encourage my children to do the same,” Sloane-Hendricks said.

Ceeana Hendricks came to Columbia first, closely followed by her mother Teena. Teena has enjoyed bumping into Ceeana while they have both been on campus. “It was quite interesting for my classmates and her classmates to see us accidentally cross paths. I would hear her friends say, ‘that’s your mom? She looks like a student.’ I would say, ‘I am a student.’ Ceeana would go on to say...she’s in grad school.”

Since graduating in Fall 2020, Sloane-Hendricks is now working on a project called Generation Z. The Civic Media project has now elevated to an opportunity for the youth to produce media programming along with building a brand, including merchandising. “Having all of us involved with this project is both unconventional an exciting at the same time. I am looking forward to our continued growth,” Sloane-Hendricks added. Sloane-Hendricks is also working on two research articles with Assistant Professor Yonty Friesem on Developing Trust for Civic Engagement Creation and Management.

Sloane-Hendricks’ advice for current and future grad students is to start working on your masters before you start your program. Sloane-Hendricks hopes to be able to continue to work with the Civic Media program.