James Jiang’s capstone project his senior year helped land him his first professional gaming job after leaving Columbia. This images shows how Jiang made a Columbia classroom into a postapocalyptic game environment using the Unreal Engine. 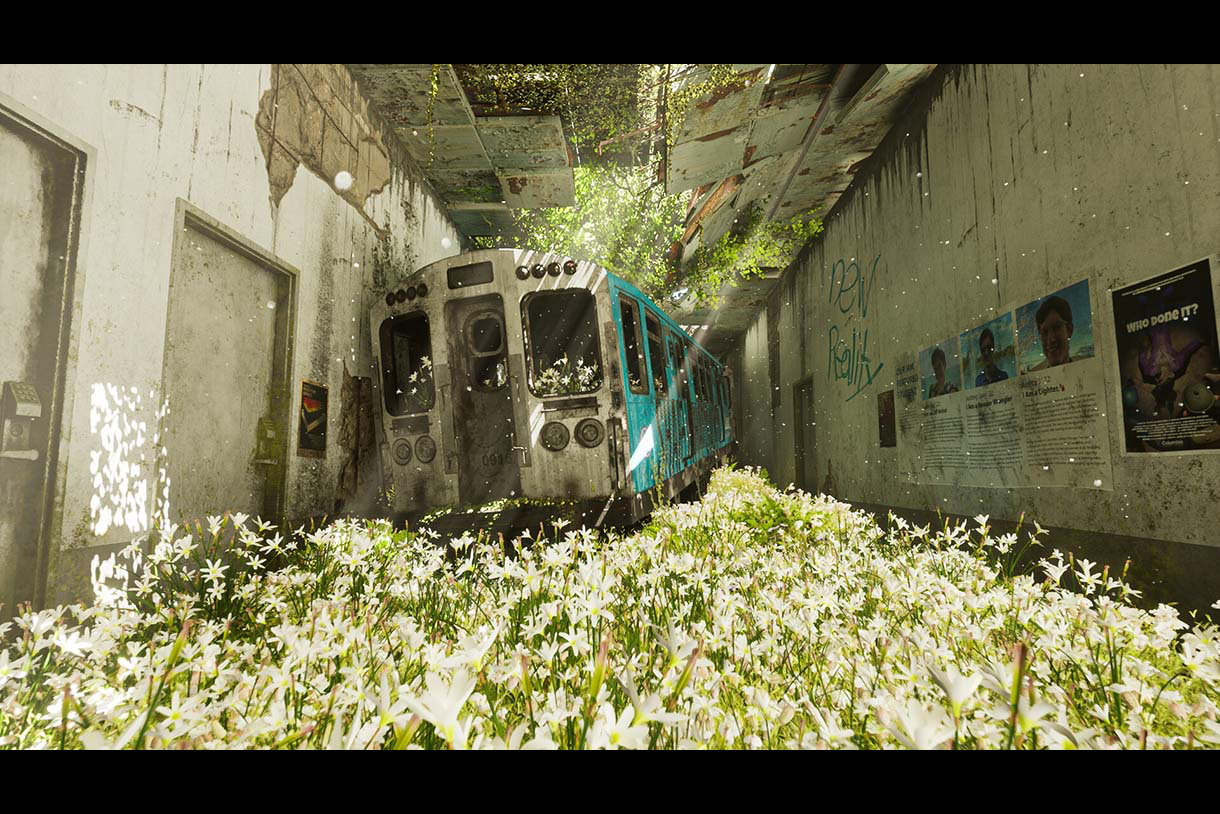 Sometimes at Columbia, you take a class, and a thunderbolt strikes. For James Jiang ’22, then a film student, that moment came while taking Introduction to Computer Animation his sophomore year.

Jiang had wanted to work on special effects. A degree in Computer Animation offered him the opportunity to learn about that work and its applications to the gaming industry.

“Gaming is my passion. I've been playing games since I was a kid. Seeing the beautiful images rendering in real time as I move my camera is magical and satisfying,” he says. “And that's why I wanted to work in games.”

And just like that, a 3D artist was born.

“As I learned more about it, the more interest I developed because there's so many different aspects of it,” he explains. “There’s the modeling, there's the texturing, and then the rendering. I was just interested in every aspect. I wanted to learn how to do everything.”

Jiang, a native of China who learned about Columbia at a college recruitment fair, soon switched his major to Computer Animation, joining the Interactive Arts and Media department. The program allowed him to merge his artistic talents with his aptitude for mastering software.

He initially kept the change a secret from his parents who still live in southern China where he was raised. Their reaction, once he did tell them, was not initially enthusiastic. But that soon changed.

“They were mad at first, but then as they saw the stuff I created over time, they were like ‘Wow,’ this is actually neat,’” he says. His parents were even more pleased when his degree translated into a job not long after graduation, allowing him to remain in the United States to grow his career.

Jiang found that job thanks to an online community of Columbia IAM students and alums. There, he met Jonathan Boyes ’21 who found Jiang’s portfolio interesting and showed it to his manager. The portfolio was his senior capstone project in which Jiang created a postapocalyptic world that included his classroom overrun by nature. That portfolio helped Jiang land his first job at the gaming company where Boyes works: Crystal Dynamics, creator of popular Tomb Raider games.

As an associate environment artist at Crystal Dynamics, Jiang is currently working the environment team to build the future of Tomb Raider

Today, he is grateful to Columbia for encouraging him to be a life-long learner outside the classroom to keep pace with an ever-changing industry and for creating an academic environment where he could easily cross over from one discipline to another.

“Columbia gives you that option to explore classes in other fields,” he says. “Then you get to meet new people from different majors and learn even more.”