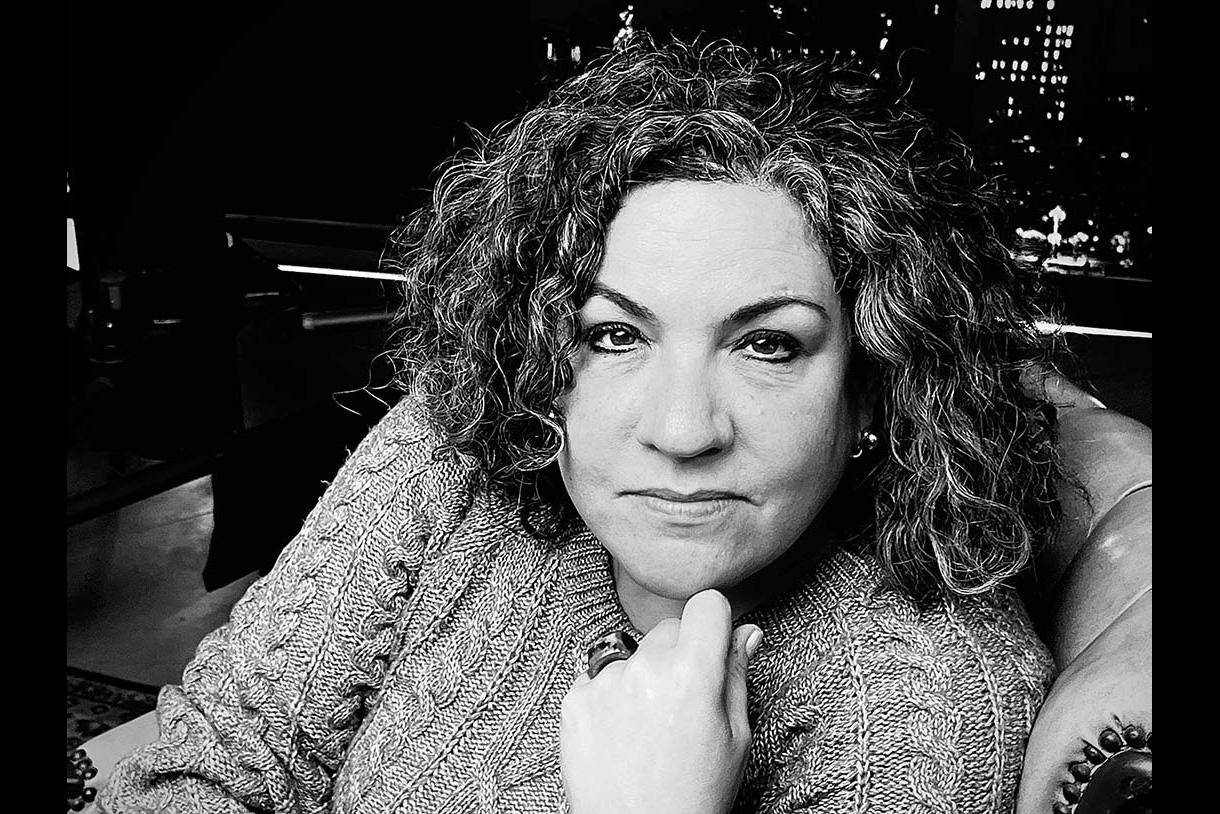 As a young girl in Colombia, Cinema and Television Arts Associate Professor and Associate Chair Carolina Posse ’97 accompanied her grandmother to the cinema every Wednesday and Sunday where they’d watch international films. And like her grandmother, she fell in love with movies and began to see them as an art form.

But could she make a career making movies? Her parents didn’t understand it.

“The idea of studying filmmaking in South America, it's not something that was necessarily common or understood,” says Posse.

But that didn’t stop Posse. A neighbor who had studied animation at Columbia College Chicago told her about the school. So, at age 19, Posse trekked to Chicago to study film at Columbia as an international student. And in one magical moment, she began to see herself as not just a student but as a filmmaker.

“An instructor was impressed with my work, and he introduced me as a ‘filmmaker’ to another of his colleagues. I had never referred to myself as a filmmaker, as an artist. And that really made it real for me at a very young age,” she recalls. “That small moment is something that I carry with me every day, especially as a teacher.”

Upon graduation with a BA in Film and Video, Posse immediately began working in big-budget commercials as a production manager, taking on clients such as McDonald’s, Mastercard, and AT&T. While the intense work paid well, it wasn’t a love match.

“I just didn't feel like I fit in the commercial world … I was seeing myself as really interested in doing more cinema.”

While she wanted to create her own films as a storyteller, she faced significant hurdles, such as financing. To satisfy her craving for cinema, she began to volunteer at the Chicago Latino Film Festival, then housed at Columbia. When a paid position became available, she grabbed it. One thing led to another, and she began programming shorts for the festival, then became programming director for features and shorts, and eventually was named interim director.

“My interest in working in international cinema was really becoming more of a reality but as a curator,” she says. During her decade-long tenure with the festival, she travelled extensively and enjoyed bringing international films to Chicago screens all while honing her eye as curator.

“It all came together in so many different ways,” she says. Funding started to become more readily available, she found more creative work collaborating with colleagues at Columbia on film projects, and the international connections she had made via film festivals began to pay off.

She owns a production company with her husband, and she has produced films such as “The Quiet” and “The Francis Ellis Mysteries.” She just completed the feature “American Parent,” which follows a lesbian couple raising a toddler during the COVID-19 pandemic. And she has several other projects in the finishing stages and in development, including an international co-production.

Posse’s career at Columbia also took off while earning her Master of Arts Management from the school. She became a tenured associate professor last Spring and is associate chair as well as producing area coordinator of CTVA. She currently teaches the BFA thesis course in which students produce their own films. Part of her role: Helping students submit their films to festivals.

“Festivals give opportunities for new voices — for the next generation of filmmakers to screen their work, which is a great platform for the students,” she says. “And then networking is very big in film festivals. You meet so many other filmmakers from around the world in many cases.”

As a teacher, Posse enjoys helping students achieve the same dream that she had when she was younger: To take an idea and make it tangible on film. “If you're interested in exploring your creative voice, mastering your skills, and pursuing a dream in filmmaking, Columbia is the right place for you.”