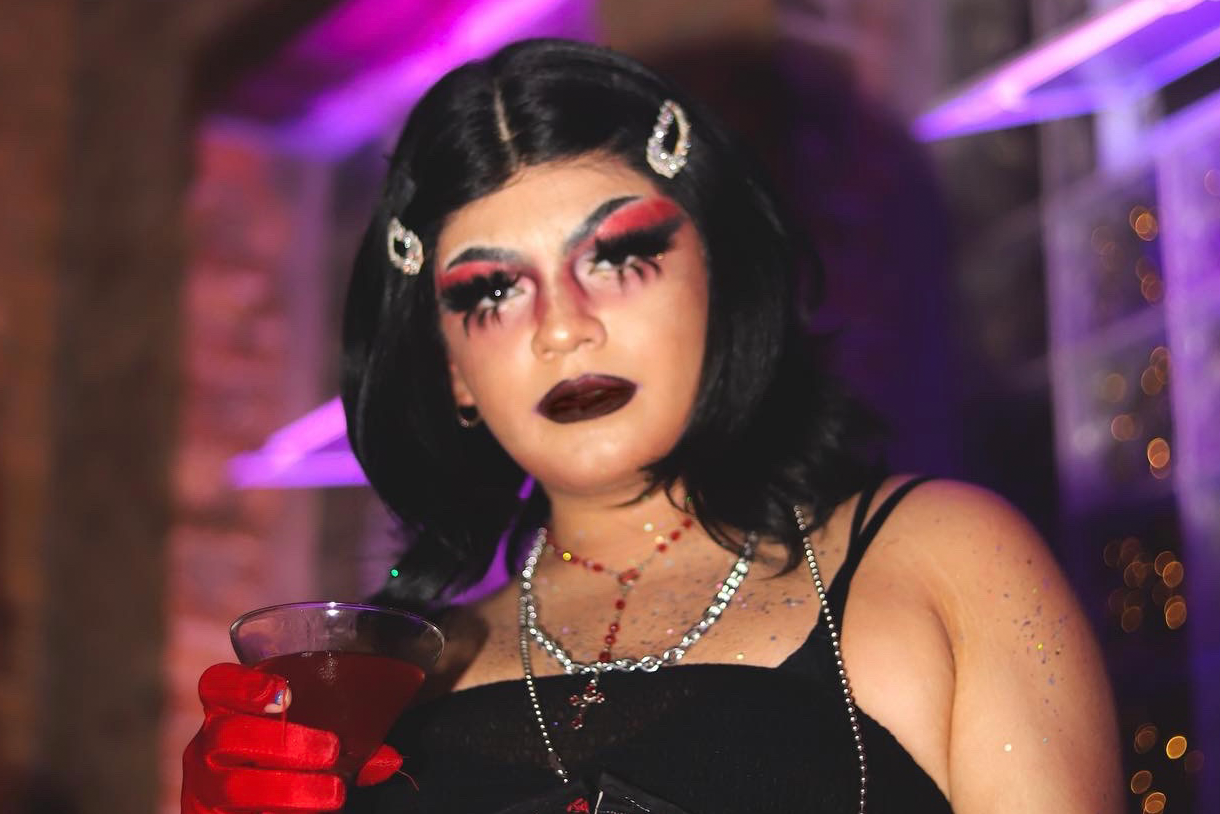 Edgar Flores on their journey to directing, performing, and finding new paths to an equitable future.

For Edgar “Cléo” Flores, the journey to Columbia College Chicago was not a straight line. In fact, they say, it wasn’t until they visited the city that they knew Columbia would be home. “I fell in love with it,” Flores says, remembering their first trip to Chicago. “I loved that the campus was spread around south loop, and I felt like I could explore so many different areas of Chicago.” For Flores, that diversity of experience was key to finding a supportive community in which to live, work, and create.

Flores’ journey began in the Theatre Design and Technology major, a BA that emphasizes design as a collaborative process and which includes courses in set, lighting, costume, and sound design to provide students with hands-on learning experiences. For a student with a strong portfolio in scenic design, it was a good place to land. However, after working in and out of the department, Flores realized that their true passion was directing. Soon, they switched to a degree in Theatre with a concentration in Directing.

In Directing, Flores pursues storytelling that aligns with their values. They are currently working on their Directing 3 project titled Revolt. She Said. Revolt Again. by Alice Birch, a piece of theatre Flores describes as “experimental and feminist.” Directing projects like Revolt, which was honored by Columbia College Chicago’s Alfred Berkowitz Award, are important correctives to a discipline marked by whiteness and heteronormativity, and are crucial to reframing the narrative boundaries of what is deemed worthy of audience attention and consideration.

Flores plans to instill values of Diversity, Equity, and Inclusion in their storytelling and art in a way that is actionable and sustainable. While much of their work thus far has been at Columbia, they also bring their feminist, queer, and BIPOC-centered approach to their drag performances. “I am also a drag performer known as Cléo,” Flores says, “and you can find me performing in various venues around the city…  I think a lot of my directing work is rooted in queer performance so it's inevitable that these two art forms intersect.”

By extending their life as a performer and creator outside the walls of Columbia, Flores has successfully challenged the center/periphery relationship regarding their life as a student at Columbia and life as a performer in Chicago, and hopes others find the opportunity to take a similar leap. “Take [your] works outside the boundaries of Columbia and get your name out in the real world,” Flores advises. “Look for internships and shows that you can work on with theatre companies around Chicago (there are so many!)” After all, they note, advocating for yourself is the only way forward. “If you want something to happen, really push for it,” Flores says. It takes advocacy, they know, to be the change they wish to see in the world. And yet, those changes are coming to fruition, one show at a time.

Flores’ production of Revolt. She Said. Revolt. runs November 1st, 2nd, and 3rd at 8 pm in The Classic Theater at 72 E 11th St Chicago, IL 60605. Tickets are free and available on the theatre programs website: https://theatre.colum.edu/ You can also follow the production on Instagram @revolt.ccc for more info.You can follow Flores’ drag performance on Instagram @cleolamuneca.