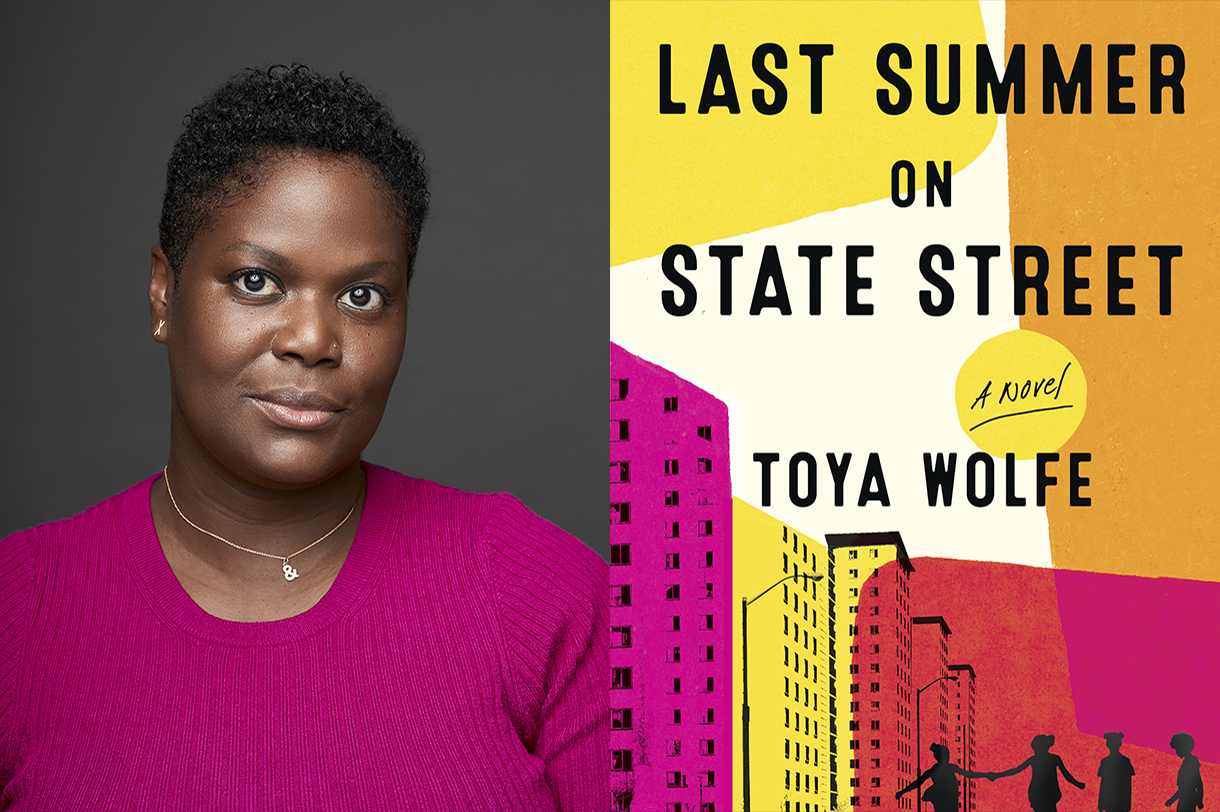 On Saturday, September 10, Chicago Writers Association board member and author Sandy Colbert will interview Wolfe, as well as, Eric Charles May, author of Bedrock Faith and associate professor of creative writing at Columbia.

The story is inspired by Wolfe’s own experience in the city and explores the impact of racist institutions, gentrification, relationships, and the power of owning one’s past. Wolfe, who grew up in the Robert Taylor Homes on Chicago's South Side, is the recipient of various literary awards for her short stories, which have appeared in African Voices, Chicago Journal, and Chicago Reader.

Attending Columbia for her graduate education in creative writing, Wolfe says the biggest draw to the college was its faculty, who are working artists and experts in their field. "I knew that they would know our struggles as writers and could also invite us into their professional networks," she says. "I was right!"

Previously a featured student writer at Columbia’s 2016 Creative Writing Reading Series, Wolfe says her time at Columbia helped jump-start the journey of completing her first novel. "So much of Last Summer on State Street began in classes as homework assignments," she says. She recalls that her homework for class often consisted of turning in 'story starts,' generating a minimum of sixty pages of writing each semester. From there, Wolfe's novel continued to take shape after graduation.

Now, after seven years in the making, Last Summer on State Street is finally having its moment in the spotlight. Published in June by William Morrow, Wolfe's novel has been recognized with a "starred" review from Booklist, featured in NBA superstar Stephen Curry's Literati book club, and named Best Book of Summer by Publishers Weekly, Good Housekeeping, Chicago Magazine, The St. Louis Post Dispatch, Chicago Tribune, Veranda, The Milwaukee Journal Sentinel, and many others. It has been reviewed and recommended by many as "a must-read for Chicagoans."

On Saturday, September 10, Chicago Writers Association board member and author Sandy Colbert will interview Wolfe, as well as, Eric Charles May, author and associate professor of creative writing at Columbia. May’s debut novel Bedrock Faith was selected as Chicago Public Library’s One Book One Chicago program in 2021. Saturday's event is free and open to the public. You can find out more information and register for the event here.

One piece of advice Wolfe has to share with current and future creative writing students: "Keep hanging out with your story. Believe in your work; only you can see and feel what’s trying to come out of you."