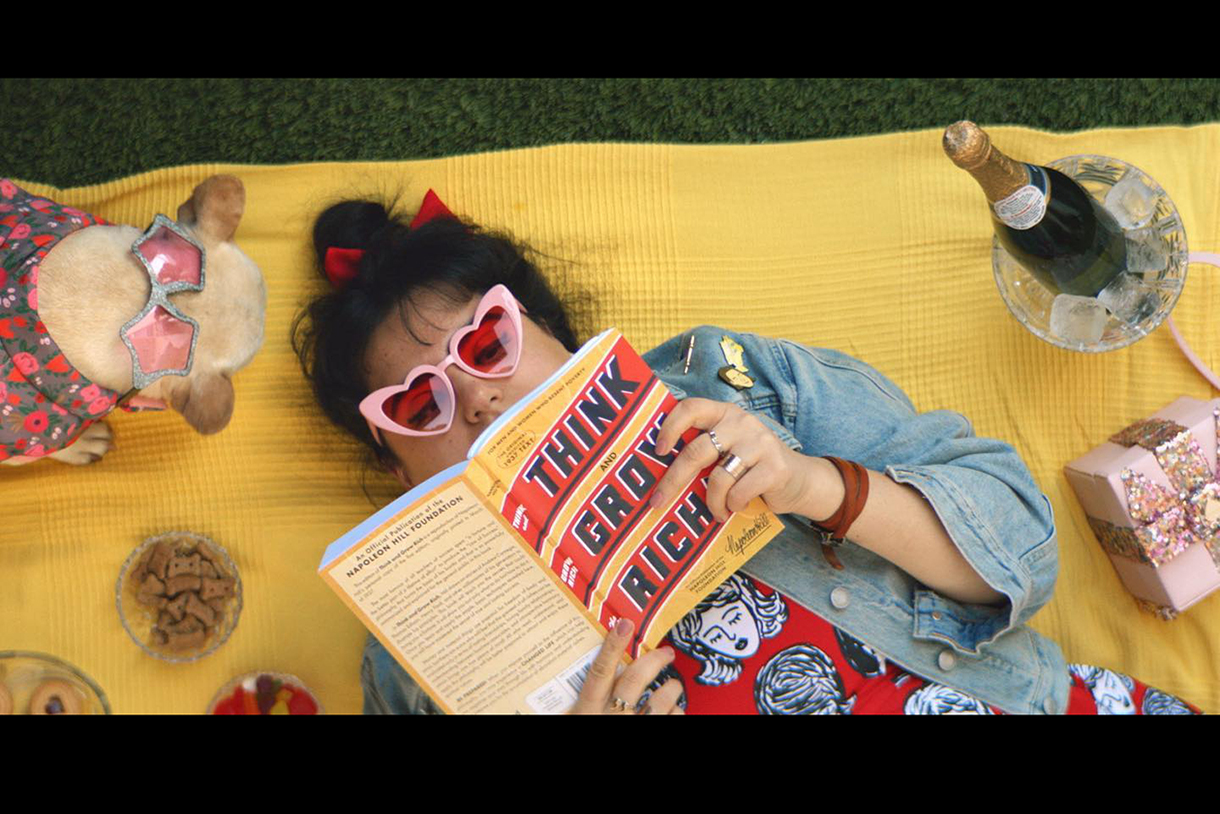 Close Ties to Home Country was written and directed by Akanksha Cruczynski, an MFA Cinema Directing student, and produced by Felicia Ferrara ’20, who received her MFA in Creative Producing. The film was made as part of their graduate thesis film project.

Oscars® voting is underway for the 94th Annual Academy Awards®. In the running is a short film by Columbia College Chicagostudents that is getting critical acclaim at festivals across the country.

A tragicomedy, Close Ties to Home Country, features Akanksha, a young Indian immigrant who finds employment as a dogsitter to Timothee, whose owners are themselves traveling to India. Meanwhile, Akanksha’s sister is scheduled to visit the U.S. soon. While she waits, Akanksha bonds with Timothee, enjoys the spoils of white money, has her friend Sophia over to engage in judgy hijinks, and muses over why she stays away from her home country.

The film was written and directed by Akanksha Cruczynski, an MFA Cinema Directing student, and produced by Felicia Ferrara '20, who received her MFA in Creative Producing. The pair made Close Ties as part of their graduate thesis film project.

Close Ties will also be featured at the 2022 Sundance Film Festival in January. The film is one of 59 short films featured at Sundance this year; 14 are from the United States.

Born in India and raised in Saudi Arabia, Cruczynski draws on her personal experience as an immigrant and international student for her role in the film which uses humor to convey some uncomfortable moments for the character, as well as the struggles often faced by people from other countries living in the United States.

“This is a moment I could have only dreamed of,” Cruczynski said. “Winning the Student Academy Award already felt beyond incredible. Now getting to go to Sundance, having the film be an Oscar-contender—I'm pinching myself all the time. Historically people like me haven't gotten to go to film school or make movies. I'm so grateful that we're getting to prove that immigrant stories matter, and the time for them is now."

“On behalf of Columbia College Chicago, we congratulate Akanksha and Felicia on their incredible success, as well as the Columbia alumni who collaborated on the film,” said Thelma Vickroy, Chair of the Department of Cinema and Television Arts. “These women are an asset to the film industry and they have so much more to share and contribute.”

Located in the heart of downtown Chicago’s Cultural Mile, Columbia College Chicago is a private, nonprofit college offering a distinctive curriculum that blends creative and media arts, liberal arts, and business for nearly 7,000 students in more than 60 undergraduate and graduate degree programs. Dedicated to academic excellence and long-term career success, Columbia College Chicago creates a dynamic, challenging, and collaborative space for students who see the world through a creative lens.

Echo Lake Entertainment, founded by CEO Doug Mankoff in 1998, is a management, production and finance company based in Beverly Hills, California. The company has produced and financed over forty films, earning 8 Academy Award® nominations and 1 Academy Award® win. Echo Lake’s management division represents established and emerging actors, writers, IP creators and directors from all over the world and is led by former MGM chief Mike Marcus.

Echo Lake’s television series THE GREAT starring Elle Fanning and Nicolas Hoult is currently streaming its second season on Hulu. Echo Lake recently produced ALL THE BRIGHT PLACES for Netflix. Adapted from the New York Times bestselling book of the same title by Jennifer Niven, the script was written by Niven and Liz Hannah and stars Elle Fanning. The company has numerous TV projects set up at studios and networks.