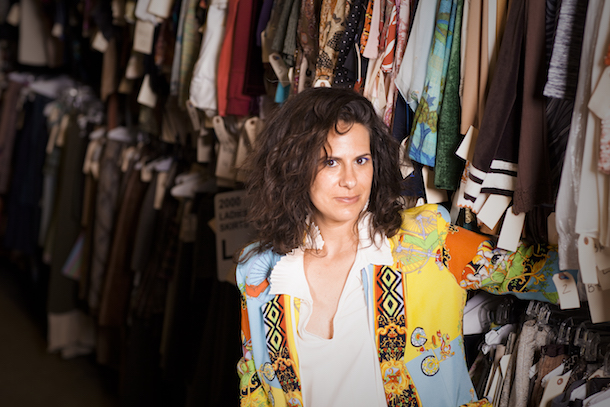 Glittery red leotard studded with military stars and straps, tall red boots, and big hair teased into a mass atop her head. Zoya the Destroya struts around the ring, arms raised in victory. The ultimate villain of the Gorgeous Ladies of Wrestling (GLOW) has just snagged the crown in the franchise’s first-ever televised match. Over the melee, a hot blonde in the crowd stands up to challenge Zoya—she’s a small-town housewife who will do anything to save America from Cold War destruction. And with that, she rips open her blouse to reveal a shimmering white leotard emblazoned with silver, red, and blue stars. Liberty Belle has come to take the crown. As the two women headlock and body-slam their way through Pat Benatar’s “Invincible,” their spectacularly theatrical costumes light up the screen.

For Beth Morgan ’02, costume designer for Netflix’s hit show GLOW, this scene in the season-one finale was absolute perfection. 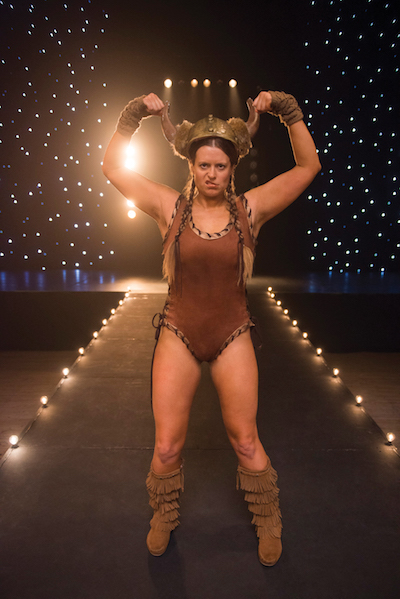 “We’d taken all season to establish and refine [the characters]. It looked so great,” she says. “To be able to stand back and watch these girls doing badass wrestling moves—it really felt like a culmination of all of our hard work. It was exactly what I wanted.”

Fascinated with performance, clothes, and styling since childhood, Morgan took fashion and theatre courses at Bradley University before transferring to Columbia College Chicago.

Through Columbia’s Semester in LA program, Morgan met Hollywood costume designer Maggie Morgan (no relation), who hired her for some local theatre shows, which then led to a full-time job as wardrobe supervisor at the Pasadena Playhouse. Soon, a friend connected Morgan to rising-star costume designer Janie Bryant. “I don’t want to say I stalked her,” Morgan says with a laugh, “but I called her consistently. So I was fresh in her mind when she needed an assistant really quickly.” That was for HBO’s soon-to-be-a-hit western Deadwood, which earned Morgan an Emmy nomination in 2004. 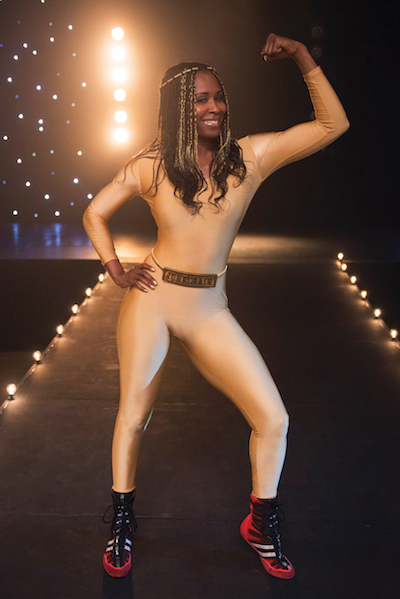 Choosing the right fabrics is important, says Morgan: “We all had to be very mindful about stunts and stretching ... and that the [costumes] don't scratch the person they’re wrestling. A lot goes into that as far as functionality.”

GLOW tells the fictionalized origin story of the wrestling TV show GLOW (Gorgeous Ladies of Wrestling), which ran from 1986 to 1989. As costume designer, Morgan defines, executes, and refines every character’s look. This means designing and creating clothes and accessories from scratch, hunting down items in stores, assembling and managing the costume team, fitting the actors, and making sure everything works with the vision of the production designer, director, and producers—all within strict budgets and often tight timelines. 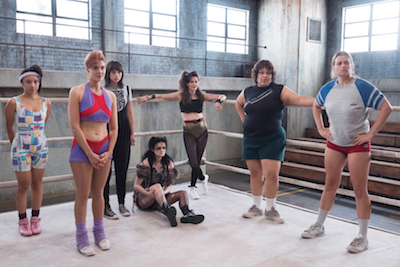 Morgan crafted a distinct wardrobe for each of the show’s 15 characters. Teen punk Justine (third from left) wears the same rock T-shirts over and over. Sheila the She-Wolf (center) lives her identity inside and outside the ring.

“I had no question of how I wanted the show to look,” says Morgan. Because most of the characters are struggling to make ends meet, for everyday looks “a dusty color palette was so important,” she says. “The story is really grounded and gritty … then when you get to the fantasy of the wrestling, it really does pop.” 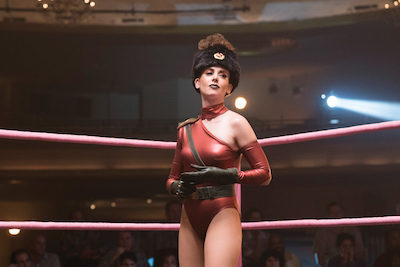 As Zoya the Destroya, actress Ruth (Alison Brie) completely embodies her character. According to Morgan, every detail on GLOW matters. “I had a 45-minute conversation with Ali Brie about if [Ruth] should have leg warmers on,” she says.

Morgan’s next project is American Princess, a Lifetime series about a New York socialite who abandons her upcoming wedding to join a Renaissance faire. The project requires Morgan to outfit the entire festival cast, immersing her in yet another new world and time period.

“My goal in life and my goal as a designer is for my brain to always hurt a little bit by challenging it,” Morgan says. “That is what gets me creatively fulfilled.”