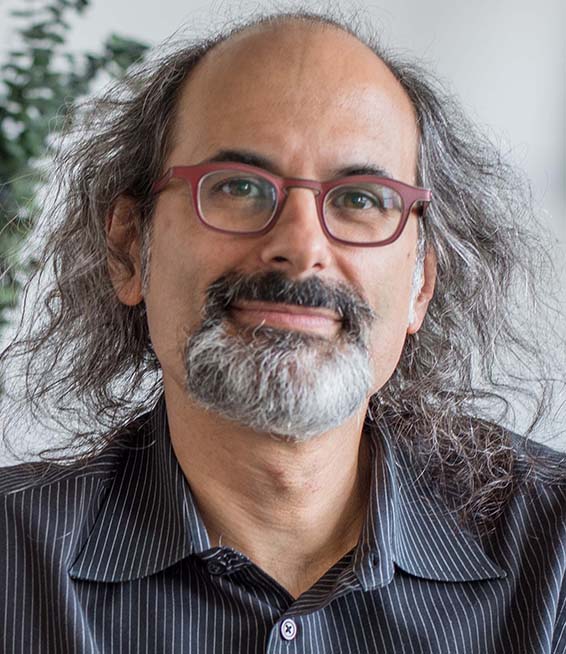 Tony Trigilio is a Professor in the English and Creative Writing Department. He teaches courses in Creative Writing, Literary Studies, and Cultural Studies. He is the author and editor of fourteen books, including, most recently, Proof Something Happened, selected by Susan Howe as the winner of the Marsh Hawk Press Poetry Prize (forthcoming, 2021), and Ghosts of the Upper Floor (BlazeVOX [books], 2019), the third installment in his multivolume poem, The Complete Dark Shadows (of My Childhood). His selected poems, Fuera del Taller del Cosmos, was published in Guatemala in 2018 by Editorial Poe (translated by Bony Hernández). His books of poetry also include Inside the Walls of My Own House (BlazeVOX, 2016), White Noise (Apostrophe Books, 2013) and Historic Diary (BlazeVOX, 2011), among others. Trigilio is the author of Allen Ginsberg's Buddhist Poetics (Southern Illinois University Press, 2012) and "Strange Prophecies Anew": Rereading Apocalypse in Blake, H.D., and Ginsberg (Fairleigh Dickinson University Press, 2000). He is editor of Elise Cowen: Poems and Fragments (Ahsahta Press, 2014), and coeditor of Visions and Divisions: American Immigration Literature, 1870-1930 (Rutgers University Press, 2008). He coedits Court Green, and is an associate editor for Tupelo Quarterly. A musician as well as a writer, he played in Pet Theories from 2012-2016, and he recorded and toured as a member of Drumming on Glass. He received a 2009 Illinois Arts Council Fellowship in Poetry, and is a past recipient of Faculty Development Grants, a Technology Fellows Grant, and a Curriculum Diversity Grant from Columbia College Chicago. He was Columbia College Chicago Distinguished Scholar from 2009-2011. Trigilio chaired Columbia's Creative Writing Department from 2015-2017, and he directed Columbia's Poetry Programs (BA and MFA) from 2006-2009 and 2012-2015. He holds a Ph.D. in English from Northeastern University.