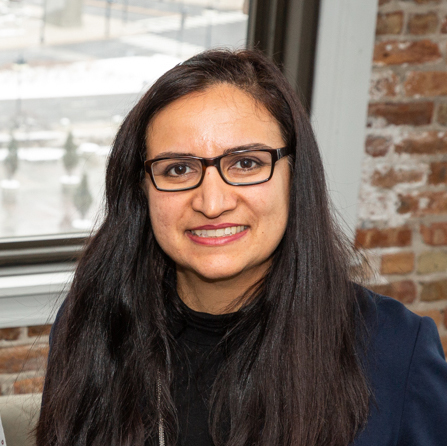 Visda Goudarzi is a music technologist working at the intersection of audio and human-computer interaction. She is an Assistant Professor of Audio Arts and Acoustics at Columbia College Chicago and works as the principal investigator (PI) for the Austrian funded project COLLAB (Collaborative Creativity as a Participatory Tool for Interactive Sound Creation) at Institute of Electronic Music and Acoustics (IEM) in Graz, Austria. Prior to Columbia College she worked as an artistic and scientific researcher at IEM Graz, Center for Computer Research in Music and Acoustics (CCRMA) at Stanford University, and Vienna University of Technology. Her research interests include auditory interfaces, interactive and participatory design, sound and music computing, live coding, and data sonification.

You can find many of her academic publications in the field of sound and music computing and book chapters on Sonification and HCI here. Visda also performs live electronics as a member of intra-sonic electronic duo.