Columbia College Chicago’s television major produces professionals with job-ready portfolios in four key concentrations: Writing/Producing, Directing/Production, Post-Production/Effects, and Internet and Mobile Media. You’ll create television in your first semester, immersed in a curriculum that emphasizes the future of storytelling and surrounded by like-minded and passionate students and faculty members. 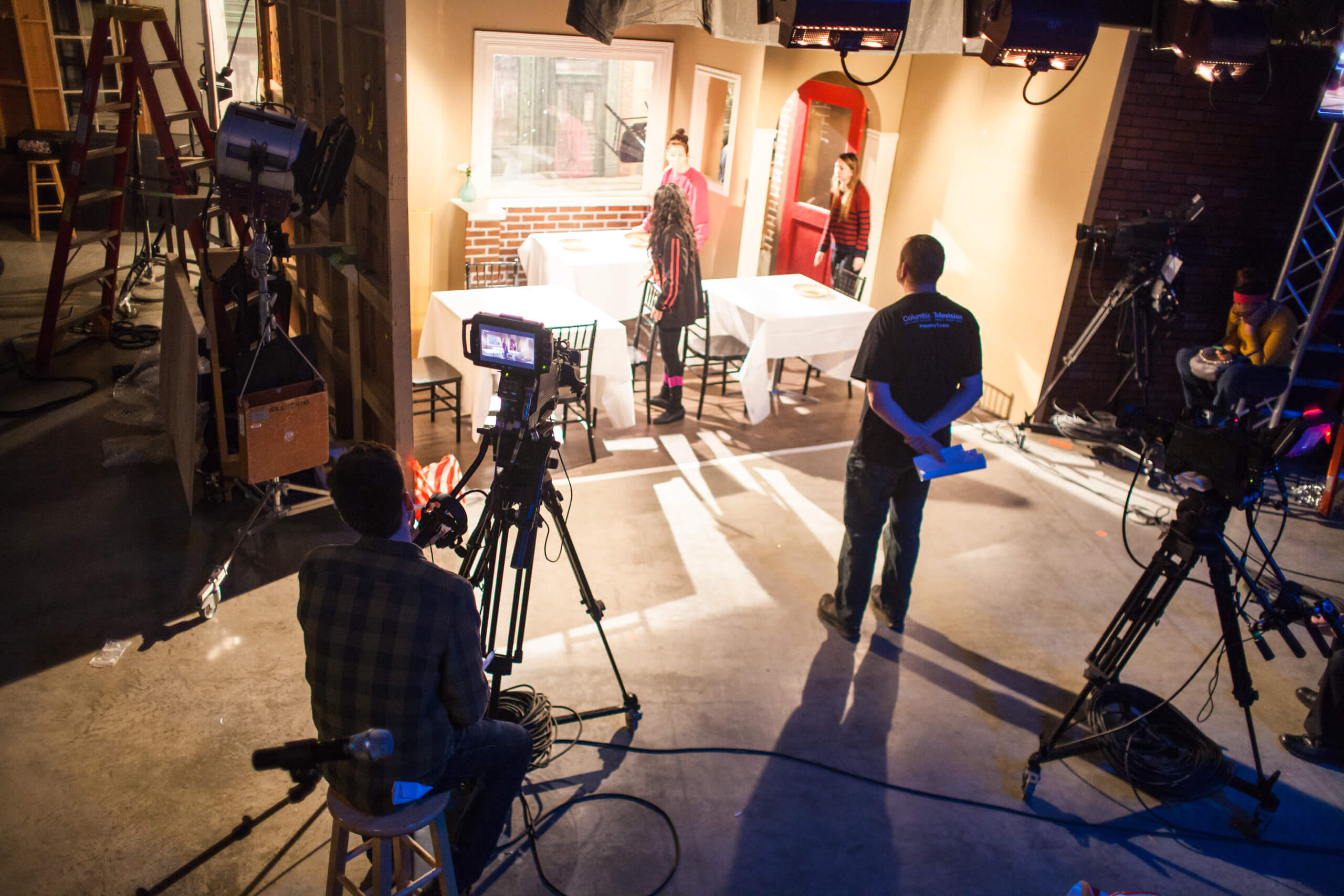 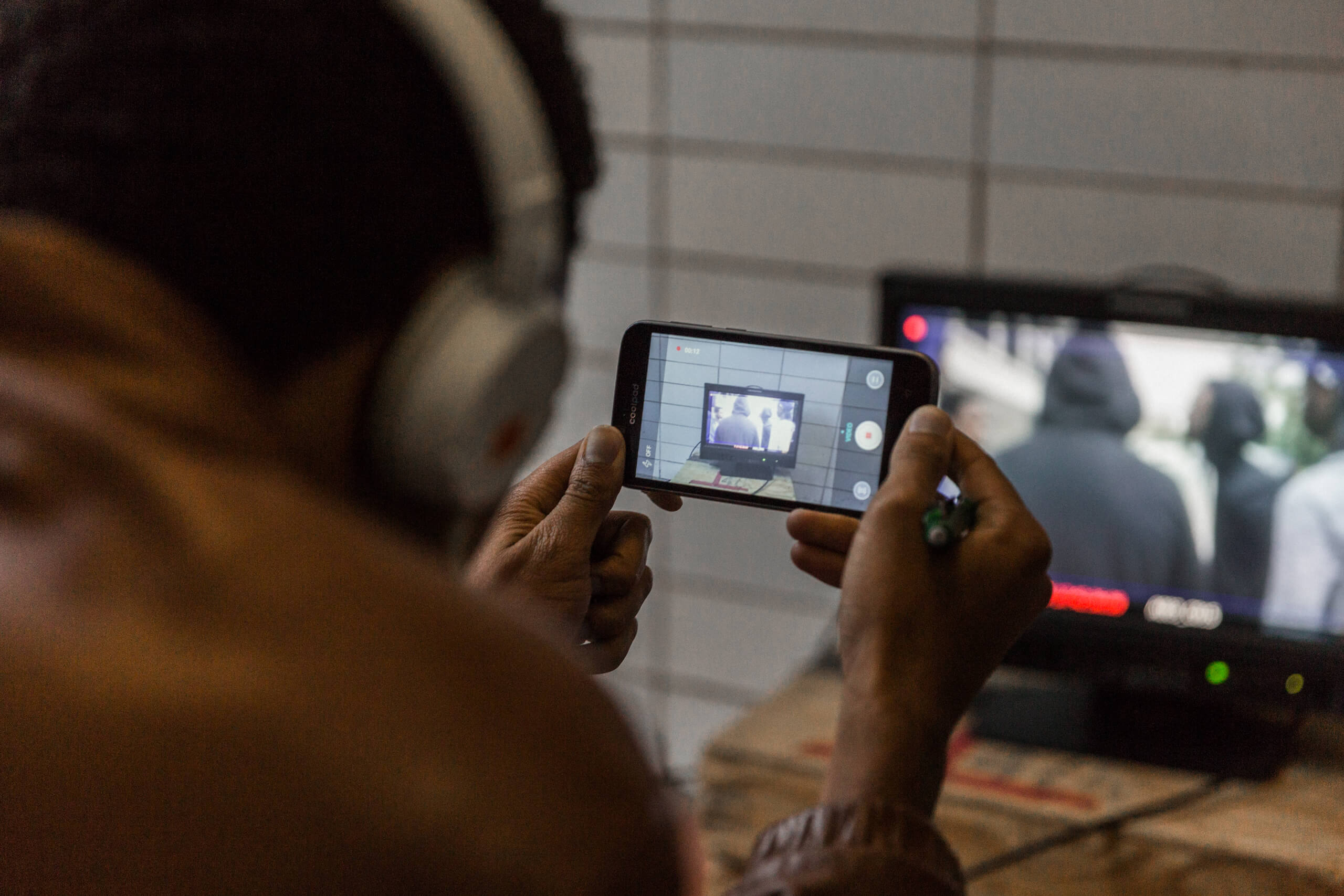 Our Internet and Mobile Media program is ideal for students with self-directed vision and drive—DIY media-makers whose projects don’t fit the mold of traditional television production. We offer a blend of theory and practice in an environment that allows you to broaden the work you already do. You’ll study how to use YouTube and emerging media platforms for branded entertainment, webisodes, and interactive video. You’ll learn how to enhance your social media brand and use analytics to discover new ways to reach your audience. If you’re an entrepreneur, a writer, or a performer, you can customize an academic path with this concentration. 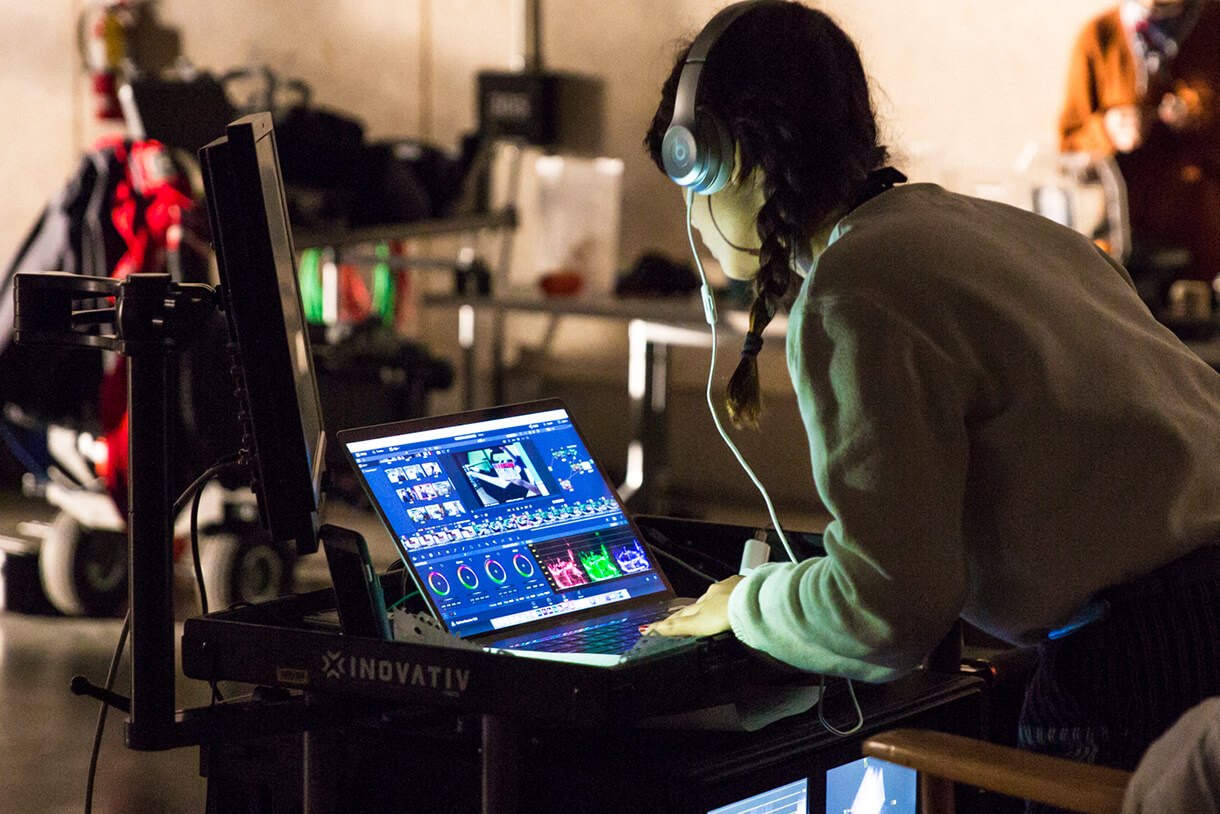 In the Post-Production and Effects concentration, you’ll learn to make television look and sound as good as it can. You’ll use principles of art and design along with digital technologies to create special effects and visual style. This program focuses on advanced editing, motion graphics, and visual effects for a variety of genres, formats, and platforms. You’ll build expertise with software and with techniques that are relevant to broadcasting, internet, and mobile media. You’ll also study camera techniques, which are key to understanding and executing motion graphics. Along the way, you’ll learn to collaborate with directors and producers.

This concentration emphasizes both the artistic and technical aspects of single- and multicamera shoots. You’ll learn to direct live TV broadcasts, calling the shots in a studio or in our state-of-the-art remote truck. You’ll also gain experience directing scripted shows and working with producers and actors to create serial dramas, sitcoms, and programs in other genres. 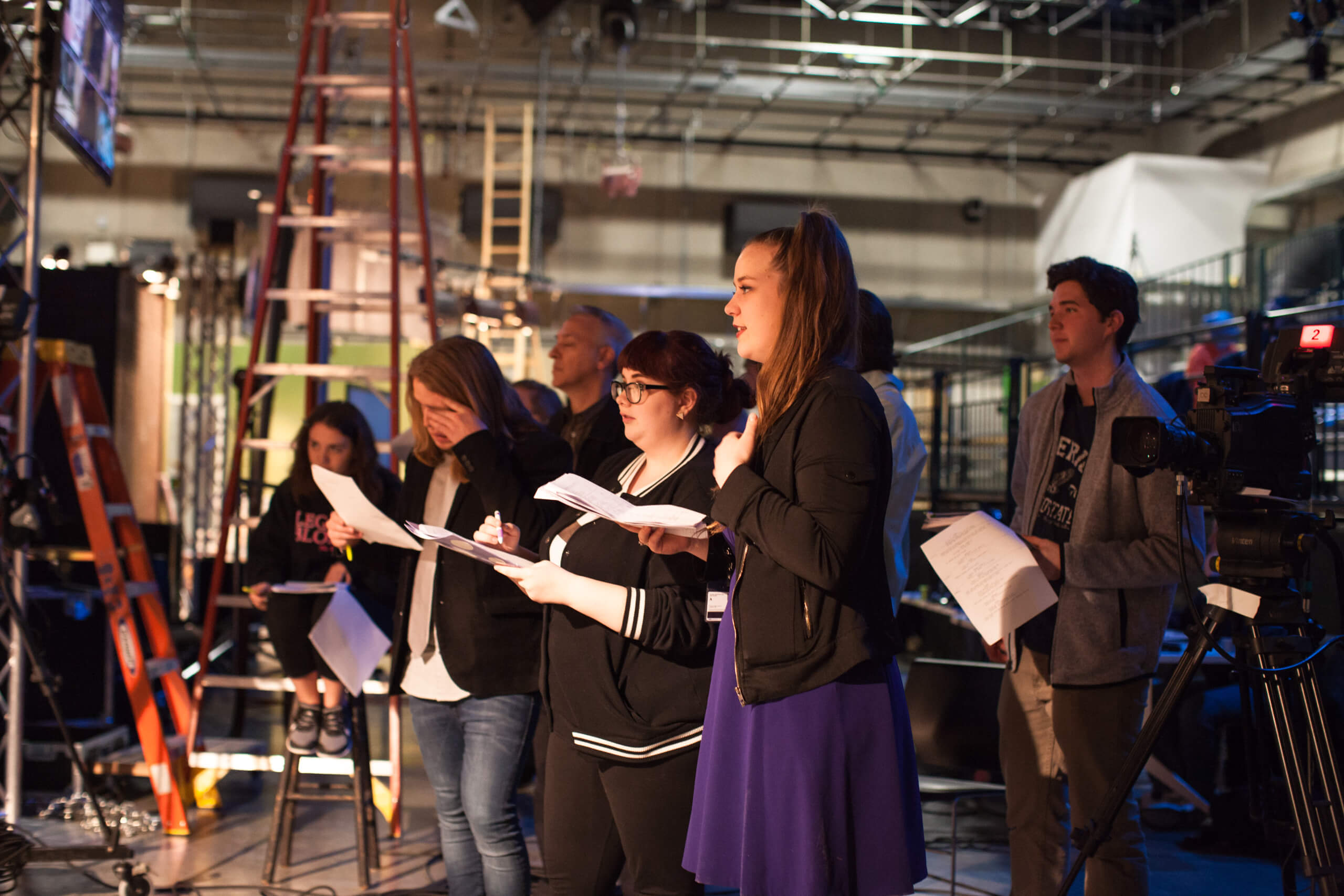 In today’s media landscape, some of the most sophisticated storytelling happens on television. It’s a medium that allows us to create complex worlds and idiosyncratic characters in long-form narratives. As a Writing and Producing student, you’ll develop your own creative voice and the practical knowledge to bring it to the screen.

You’ll begin by taking core courses that provide a strong foundation in all aspects of television production. You’ll learn the history and aesthetics of television and the cultural and ethical responsibilities you’ll have as a media-maker. You’ll pitch, write, direct, shoot, and edit live and scripted shows, using both single- and multicamera formats. As you progress in your major, you’ll likely gravitate toward either writing or producing, but it is essential to understand both.

As a first-year student, you’ll complete a series of core Learning Community courses that’ll introduce you to each phase and role in a TV production, including writing, producing, directing, lighting, editing, camera operating, and graphics/effects. Through these courses, you’ll explore the aesthetics and techniques of television and learn how to use them. Our students progress through these classes with a small cohort, learning how to collaborate and build a strong network from the start. You’ll develop, pitch, and translate ideas into a visual medium.

In the fall, you’ll work in a multicamera studio setting, focusing on live TV production. In the spring, you’ll expand that knowledge by writing and producing a scripted show. First-year students often volunteer as assistants for department-produced shows on Columbia’s own television station, Frequency TV.

What you do in your final year depends on your concentration. Internet and Mobile Media students will take advanced courses in writing for web video and refine production techniques specific to internet and mobile TV. Post-Production and Effects students spend much of their last year editing student-produced capstone television shows as part of an advanced post-production course. Students focusing on motion graphics take a practicum course and create entire campaigns for on-campus clients or local nonprofits. Advanced Post-Production and Effects students are particularly poised to take advantage of internships and entry-level jobs in the field.

As a Production and Directing or Writing and Producing student, you’ll get behind the camera by directing capstone shows, both live and scripted. You’ll likely gravitate toward specializing in a particular form of technology (such as cameras and lighting) or working with actors. Television is a collaborative medium, so you’ll work with your peers in the department and across the college, creating with directors, editors, costume designers, musicians, and actors.

All of our Television students are encouraged to apply for Semester in LA, an immersive 15-week program that allows juniors and seniors to intern in the field and attend classes on a historic Hollywood lot.

Want to see what Hollywood is all about? As a Television student, you can take part in Semester in LA, an intensive 15-week course that puts you in touch with industry professionals and gives you unparalleled experience in the area of your choice. Visit the SiLA website for information about this on-site study experience and the kinds of classes offered each semester.

As a TV student, you’ll learn to make television in cutting-edge studios, postproduction suites, soundstages, and a state-of-the-art remote media truck. You’ll also have the opportunity to study in Hollywood in our intensive Semester in LA program. Here are a few other examples of opportunities available to TV students:

Learn more about how Columbia’s Career Center can help you find the right internship. 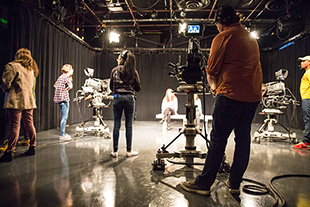