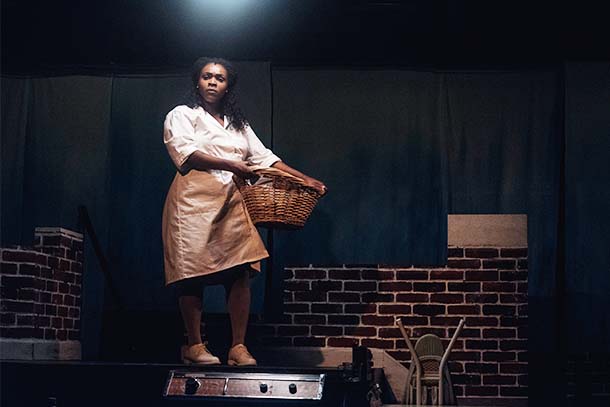 “On day one, I asked the cast and crew to consider: How do we generate change?”
Adam Goldstein, director

Voices from the cast and crew of Columbia’s production of Caroline, or Change

Caroline, or Change is a Tony Award-winning musical set in 1960s Lake Charles, Louisiana, during the American civil rights movement. Caroline Thibodeaux, a middle-aged black woman, works as a housemaid for a white Jewish family when news of the Kennedy Assassination strikes. Faced with the ensuing tides of change, Caroline and her family must choose between remaining complacent or fighting for a better world. 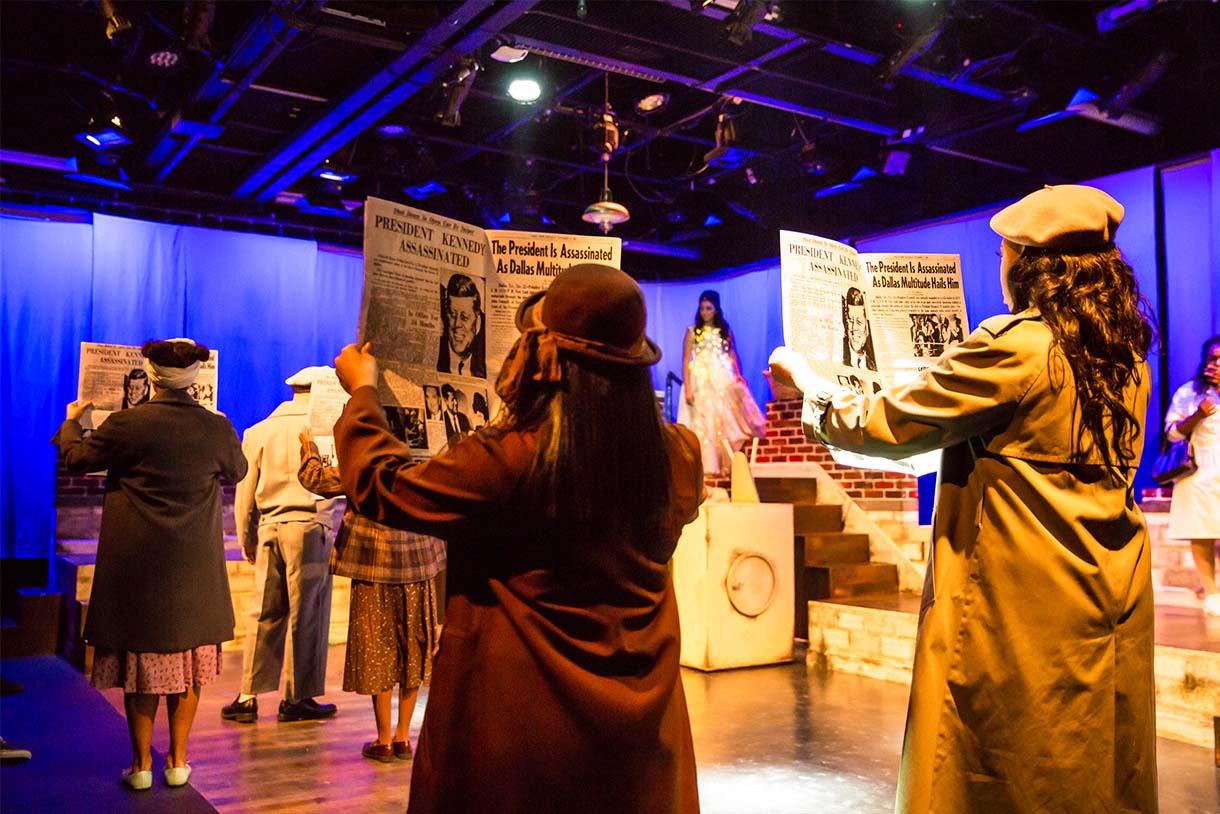 In 2017, Columbia College Chicago produced and performed Caroline, or Change as part of the Mainstage season.

“On day one, I asked the cast and crew to consider: How do we generate change?” says director Adam Goldstein, a faculty member in the Theatre Department. “The original production features a small plot point of a Confederate statue being toppled. But in our production, that moment is highlighted. Because it’s happening now—we must speak to the now.” 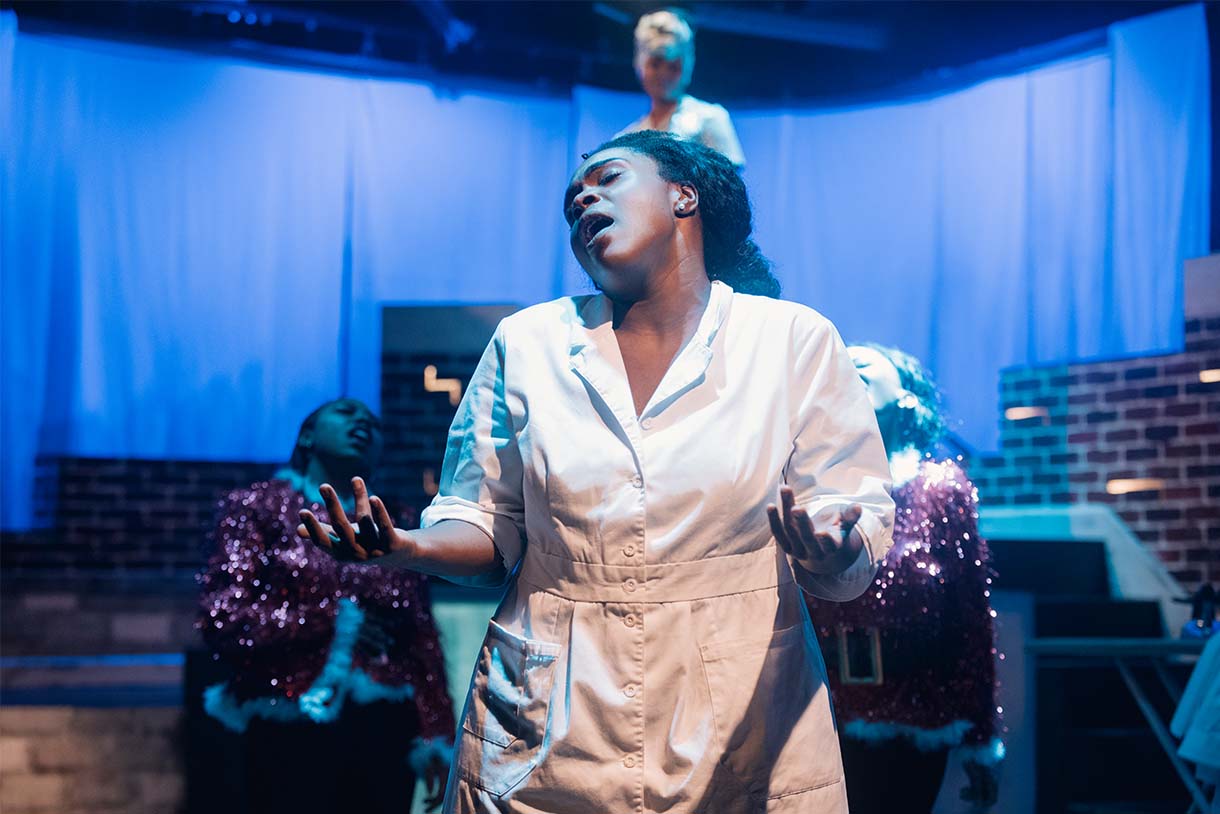 “The show moves through a ton of different musical styles,” says De’Jah Perkins (above), a senior Musical Theatre major. “As Caroline, I sang in a lot of R&B and gospel styles, because she’s more traditional at heart. Other characters, like Caroline’s daughter, Emmie, sang with more of a Motown, 1960s girl group style.” 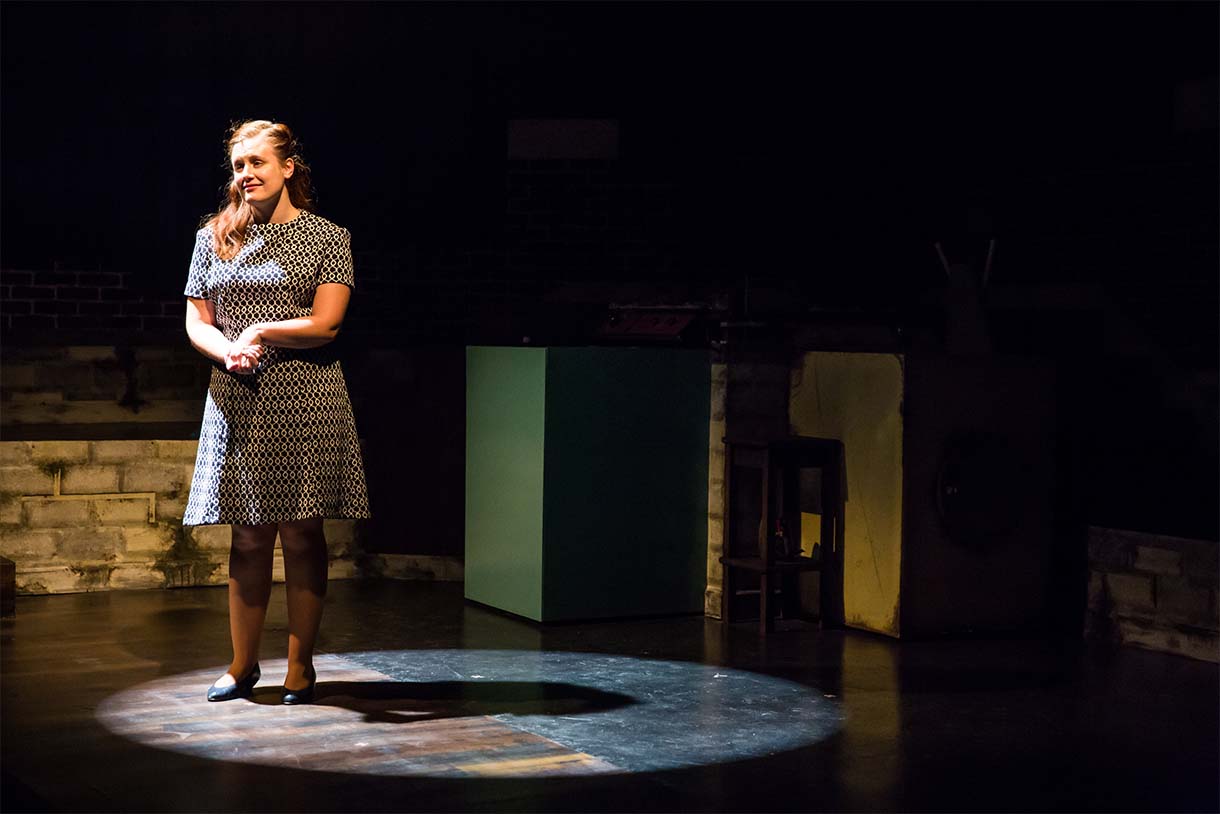 “The music itself can be very difficult,” says Katy Campbell (above), one of two senior Musical Theatre majors who shared the role of Rose Stopnick Gellman, one of Caroline’s employers. “There’s virtually no dialogue—it’s a sung-through musical. One second, the music is blues, then its vaudeville, then jazz. It’s challenging, but it’s fun.” 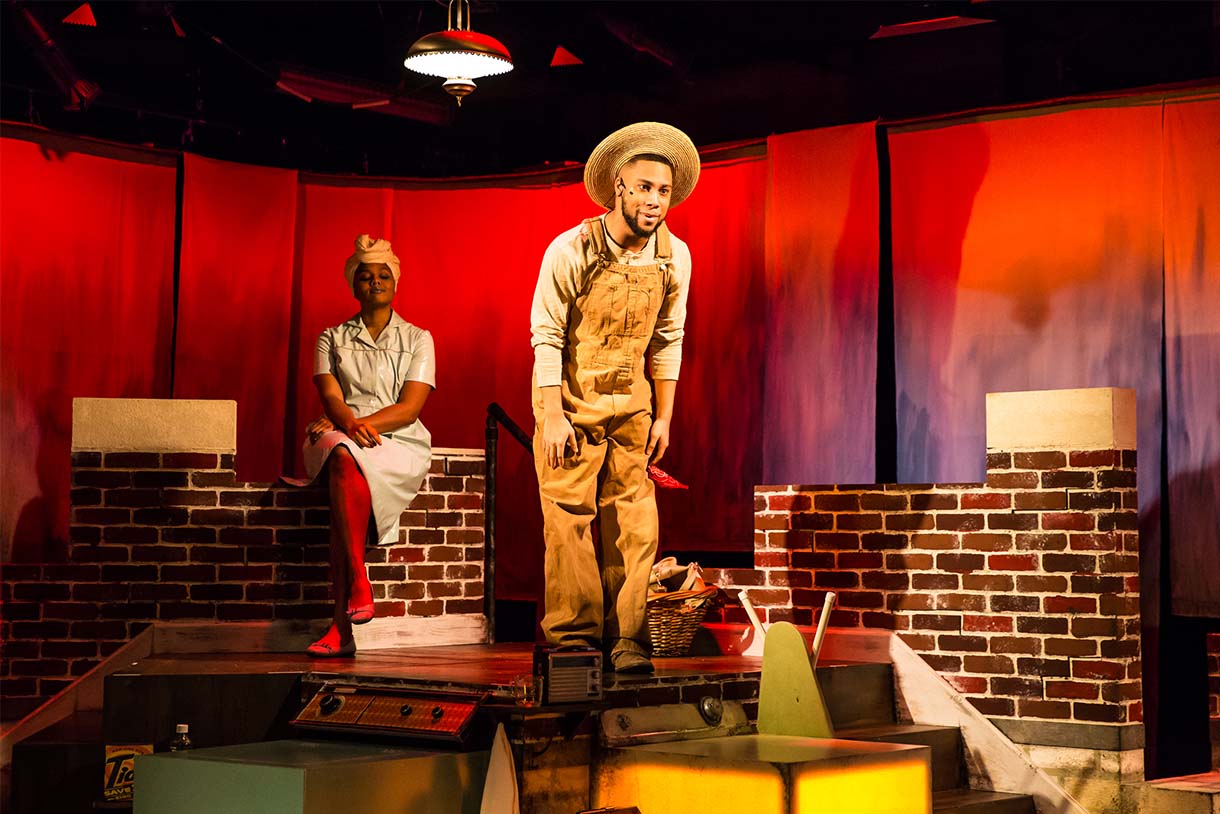 “Caroline gives life to the appliances and objects she encounters every day,” says Juwon Tyler Perry (above right), one of two actors who shared the roles of The Bus and The Dryer. “The Dryer sings to her in the Gellman’s basemen with a jazzy, R&B voice.” 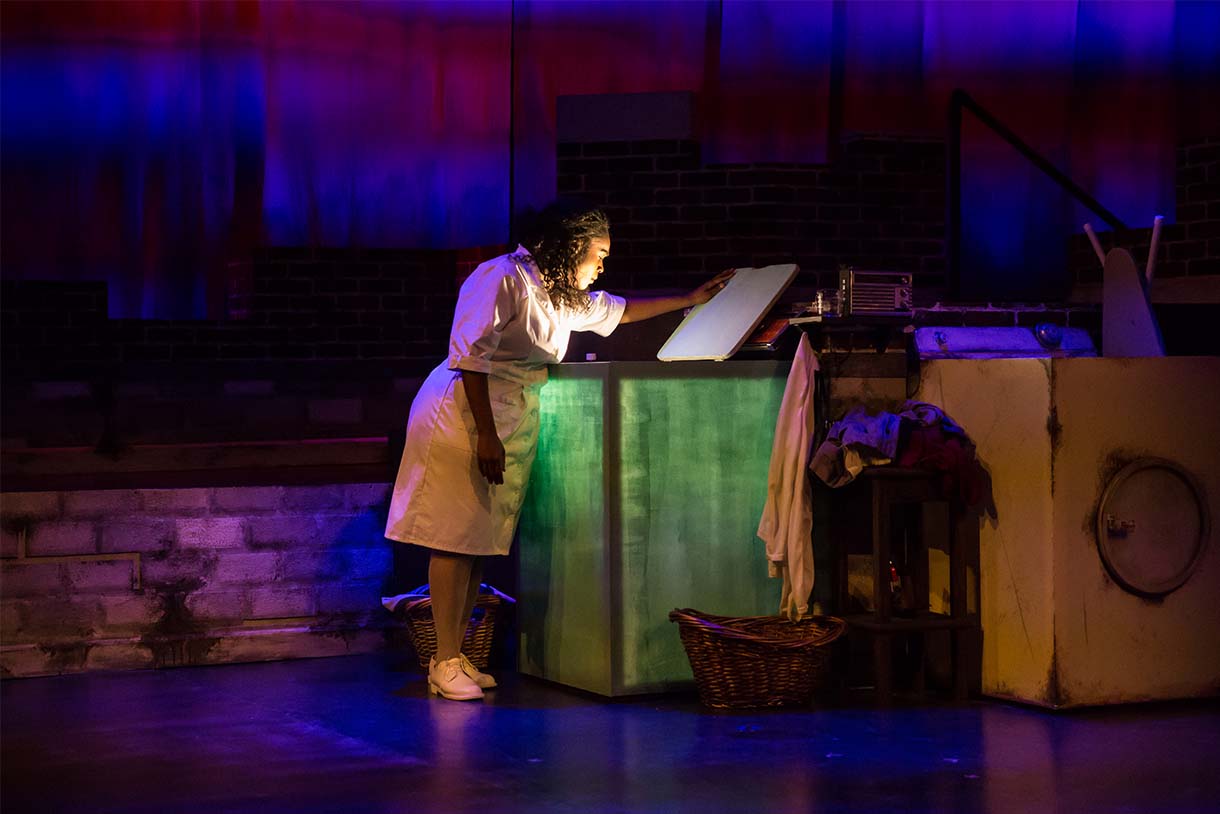 “I play The Washing Machine, one of Caroline’s best friends in the musical,” says Natalie Savoy, a senior Musical Theatre major. “Every time I sing, the washing machine on-stage glows, and an actor inside of it shadows my words.” 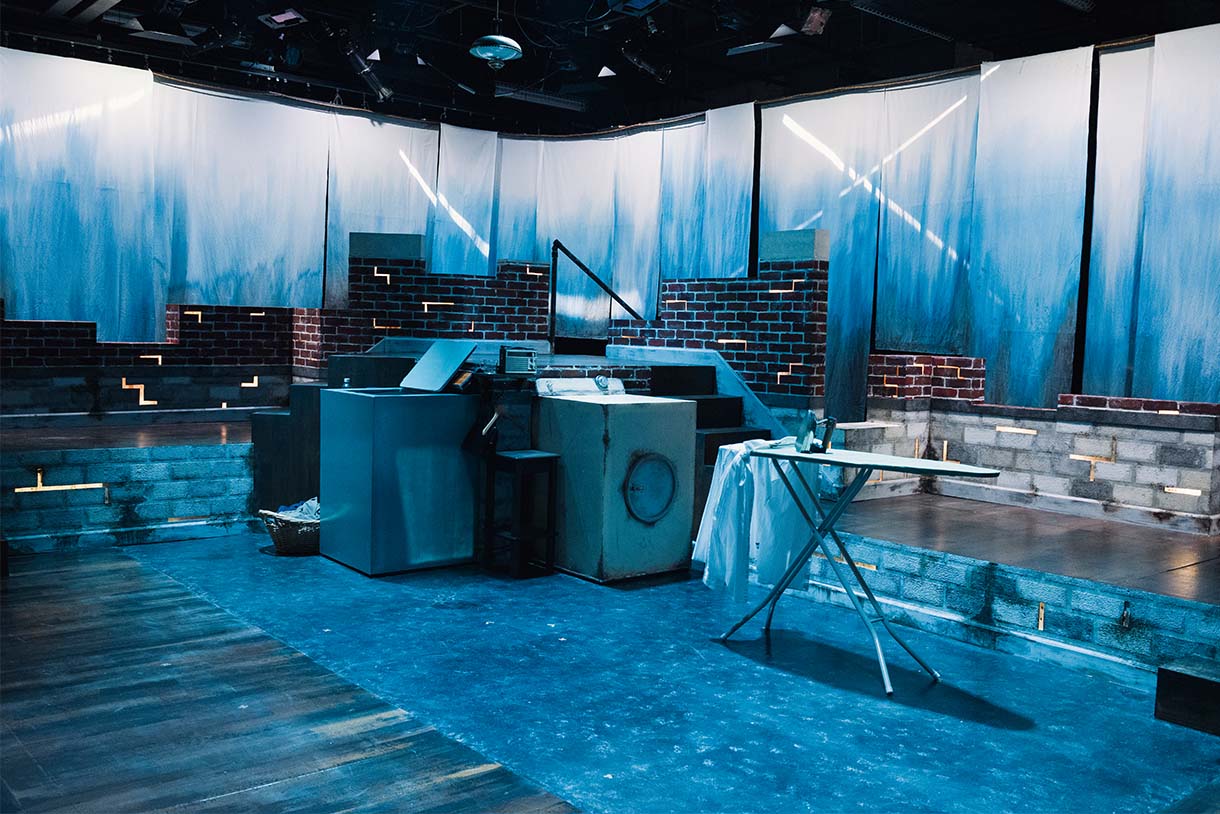 “We hung cloth around the set to represent walls,” says senior scenic designer Therese Ritchie. “Caroline spends so much time in the Gellman’s basement. In my mind, I pictured a girl stuck at the bottom of the ocean. That’s why I decided on blue-painted cloth to surround her.” 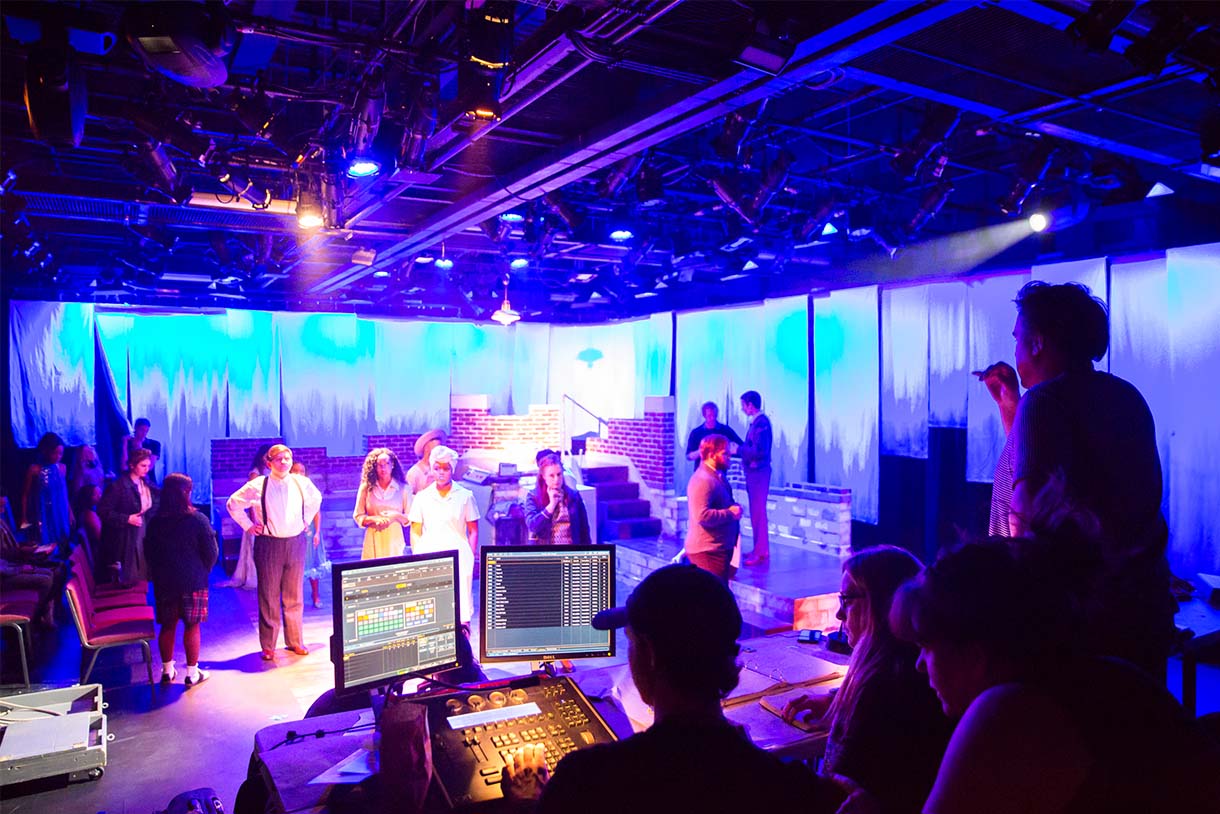 “There are so many coins and clothes in the musical,” says junior Directing major Matthew Masino, who worked as the stage manager. “I had to create a tracking sheet for each item, just to keep the props in-check. And because there are young kids in the show, I fine-tuned schedules and made sure everything ran smoothly.”