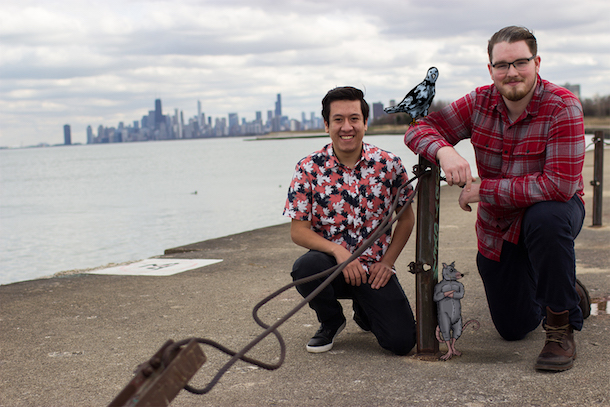 “It’s a story about a pigeon and a rat and their adventures through the known and unknown parts of Chicago.”

Two Illustration students transformed an exhibition at the President's house into a full-color book.

When Luis Colindres '16 and Tom Molloy '16 were invited to create an illustration exhibition for President Kwang-Wu Kim’s residence, they settled on telling the story of two quintessential Chicago creatures: a rat and a pigeon. They followed 24 hours in the intersecting lives of their characters, splitting the work in half: Colindres illustrated the pigeon scenes and the front cover, while Molloy created the rat scenes and back cover.

Together, the 26 original illustrations form the book Hours, which they released locally. Even though Hours is their first official collaboration, Colindres and Molloy have been drawing together ever since they met as children. They hope to continue collaborating as a team--and continuing the narratives of their beloved urban dwellers.

Hours is for sale at shop.colum.edu. 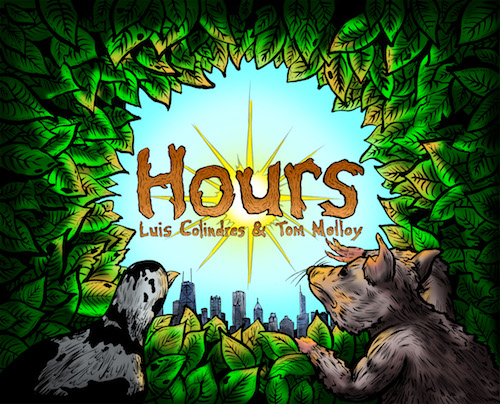 The rat and pigeon look out from their shared apartment: a bush at Welles Park in Lincoln Square. The avian protagonist was inspired by an actual black-and-white pigeon the pair spotted in Welles Park. 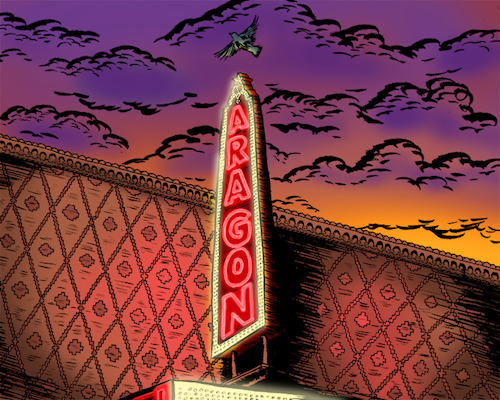 Colindres highlighted his favorite concert hall: The Aragon Ballroom. "When you see a pigeon, you only see them there for a couple seconds or a minute or two," says Colindres. "This is my expectation of what a pigeon would do in his daily life." 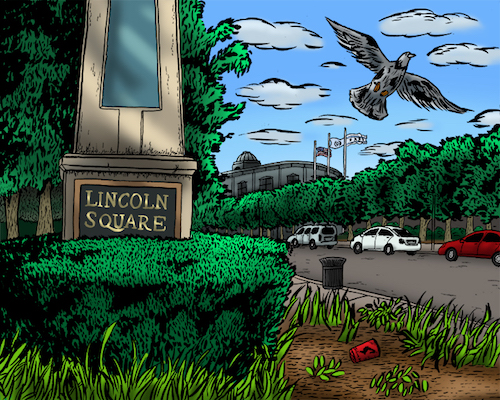 Hours features places that Colindres and Molloy frequent. The pigeon travels to Montrose Beach, Oz Park in Lincoln Park, the Wilson Red Line stop, and even a Cubs game for a date. 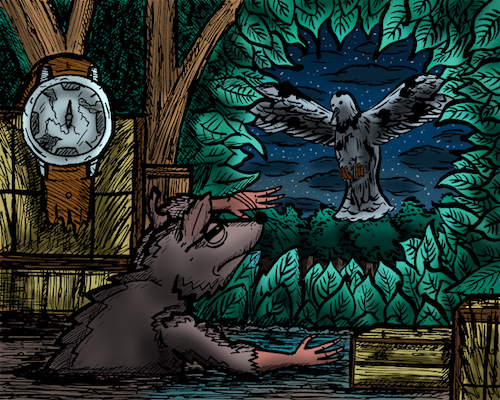 "8 PM" from Hours; Illustrated by Luis Colindres and Tom Molloy, 2016

Colindres and Molloy worked together on two images: "8 AM" and "8 PM," the two moments where both characters appear. According to Colindres, the illustration of the two scenes was seamless, with one illustrating the first half and the other completing the image. 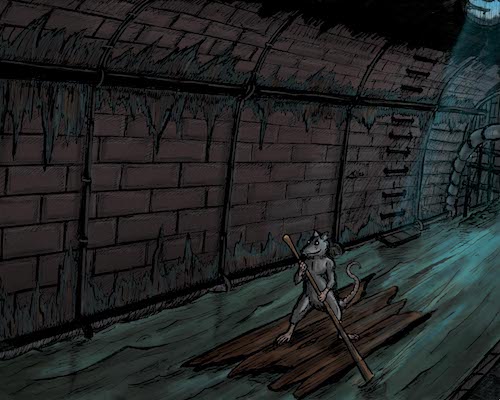 "He's rowing down this sewer stream, and I think that tells you everything you need to know about this rat," says Molloy. "As soon as he gets away from people, he turns into this cool, humanoid rat because he walks on two legs; he doesn't crawl." 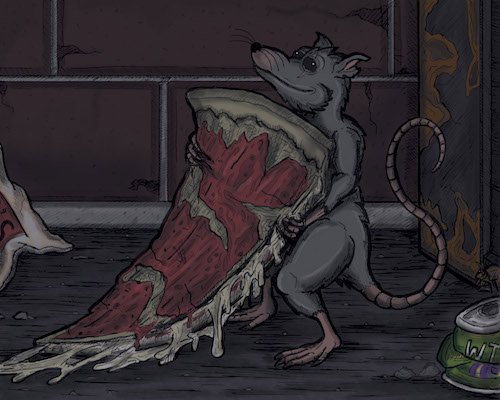 "Essentially, it's a story about a pigeon and a rat, and their adventures through known and unknown parts of Chicago. We really wanted it to be a story for Chicagoans," says Molloy. 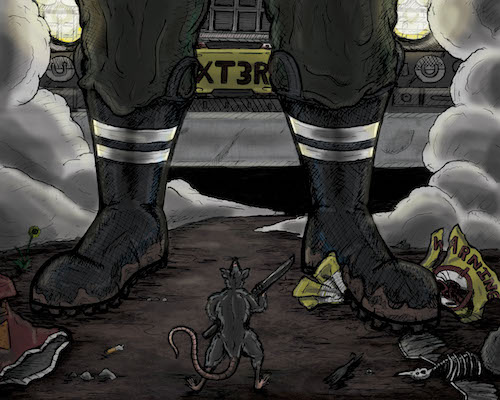 This illustration of Rat facing off with his nemesis (the exterminator) also includes the infamous Chicago rat "Warning" flyer, a Doritos bag, a pigeon skeleton, and the exterminator's clever license plate: XT3RM. "Nine times out of ten, [rats and pigeons] are more terrified of us than we are of them," says Molloy. "I almost sympathize with them a little more."