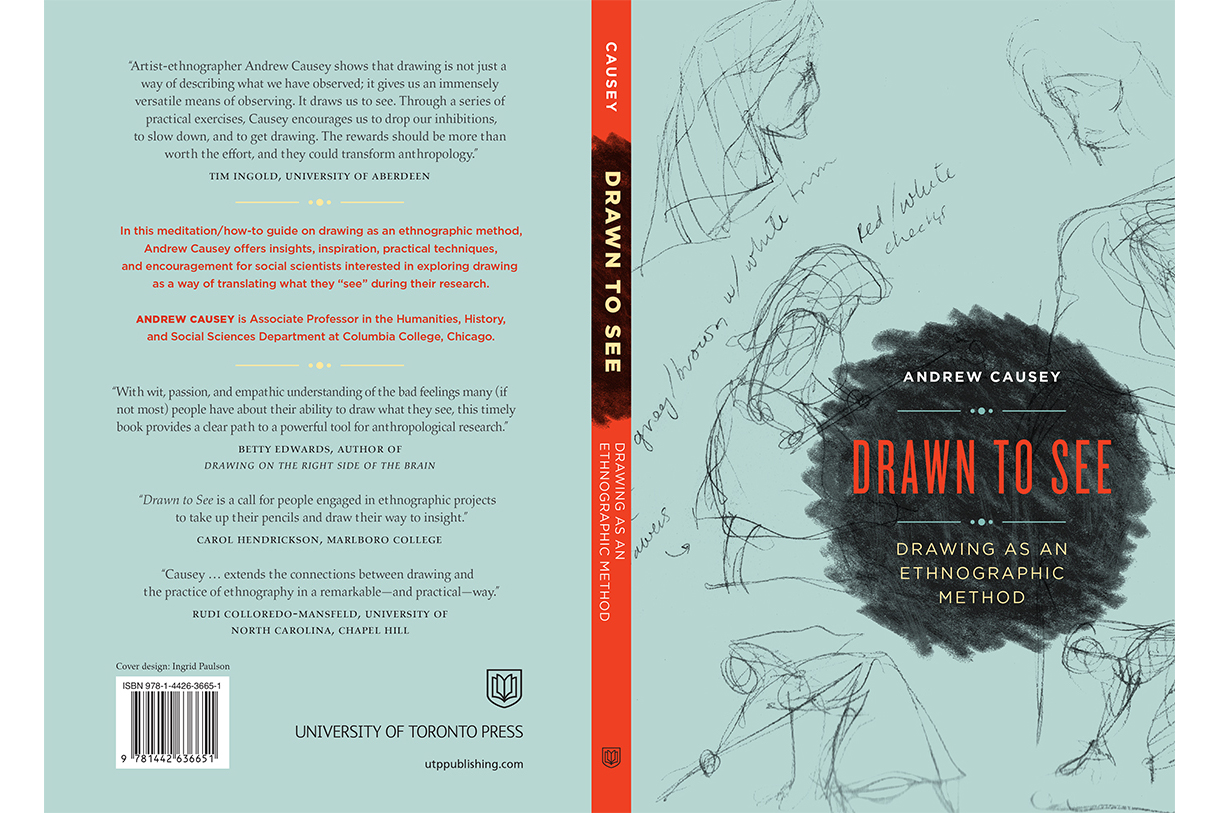 Associate professor of Humanities, History and Social Sciences Andrew Causey's new book Drawn to See: Drawing as an Ethnographic Method comes out in mid-November. This introductory text encourages researchers (particularly social science undergraduates) to learn and practice seeing the surrounding world more clearly by using line drawing to focus their perceptions. Published by University of Toronto Press as the inaugural volume of their new series "ethnoGRAPHICS," his book will be presented and discussed at the Visual Anthropology Review's new book forum which will take place on Saturday, November 19th at the American Anthropological Association's annual meetings in Minneapolis.

In addition, Causey recently returned from a week-long conference in Hangzhou and Beijing, China. The 34th World Congress of Art History was organized by Chinese members of Comite International d’Histoire de l’Art (CIHA) and it was the first time this quadrennial meeting has convened outside of Europe or North America. The theme of the Congress was “Terms” and each of the 370 papers presented in the 21 panels addressed one of the discipline’s contentious notions in the context of a specific case study or historical moment. Causey’s paper, entitled "’Primitive’ Yet ‘Civilized’: Toba Batak Carvings in the Western Canon of Art,” discussed why it took 200 years for the “ethnographic art” of this North Sumatran culture to be accepted as Art in the west. One of only a handful of non-art historians invited to speak at the Congress, Causey’s work brought a divergent perspective to the conference. The paper will appear in the proceedings, currently being prepared for publication.