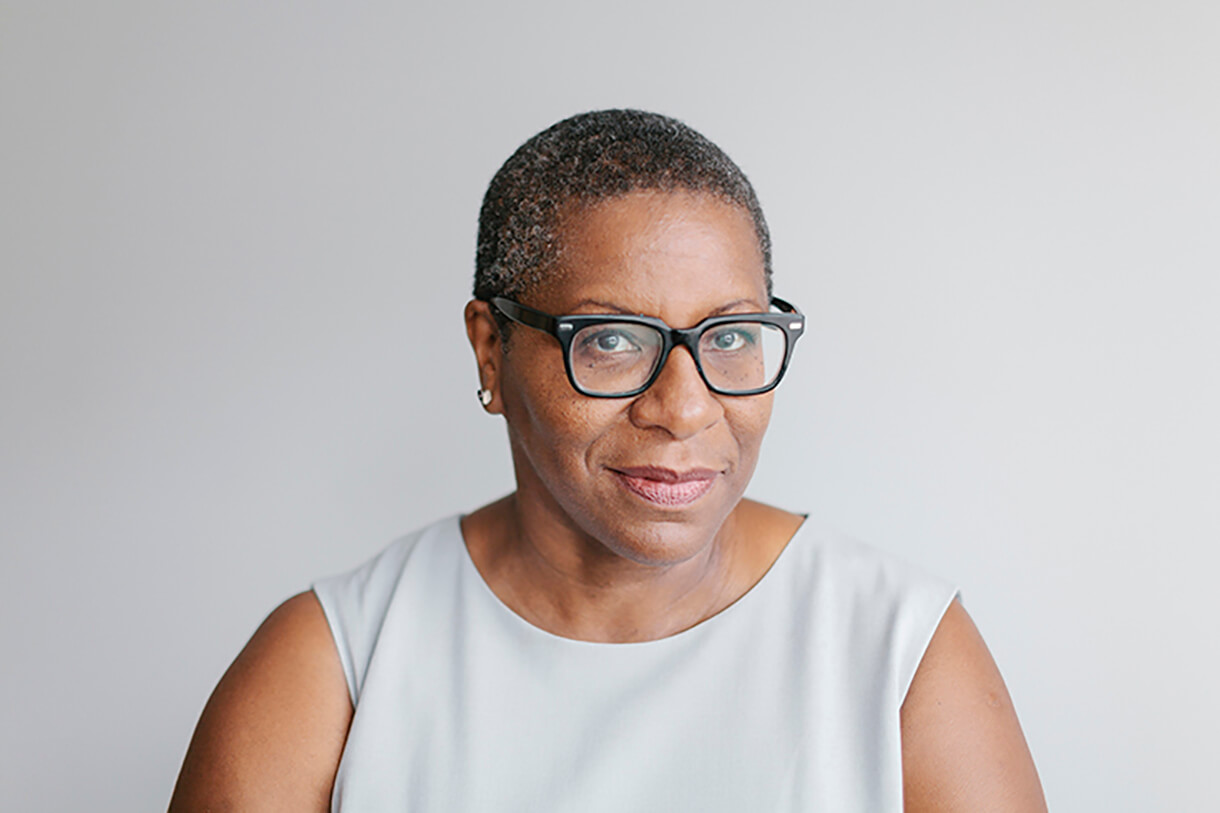 Folayemi Wilson is an associate professor in Art and Art History as well as serving as the co-director of Columbia's Academic Diversity, Equity, and Inclusion office. Photo: Jacob Boll. 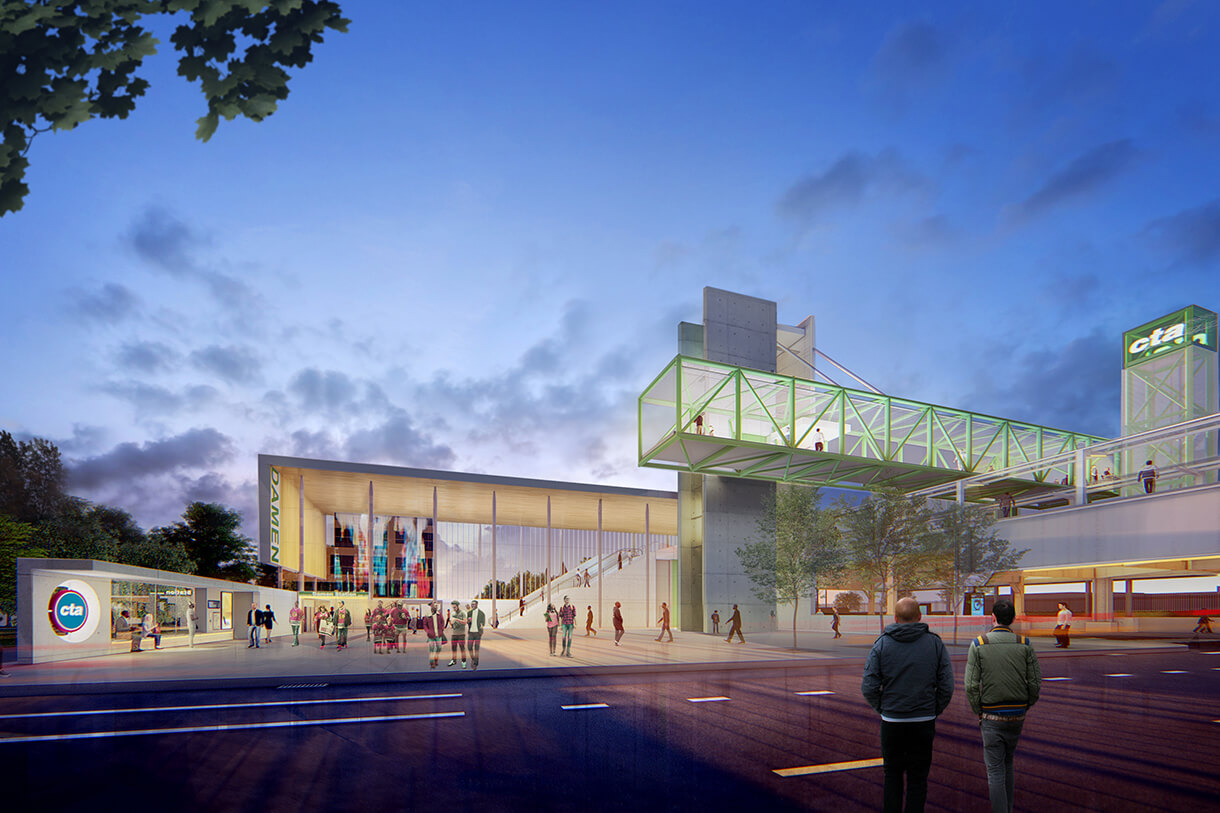 A rendering of the new CTA Green Line at Damen Avenue and Lake Street. Image courtesy of Chicago Transit Authority. 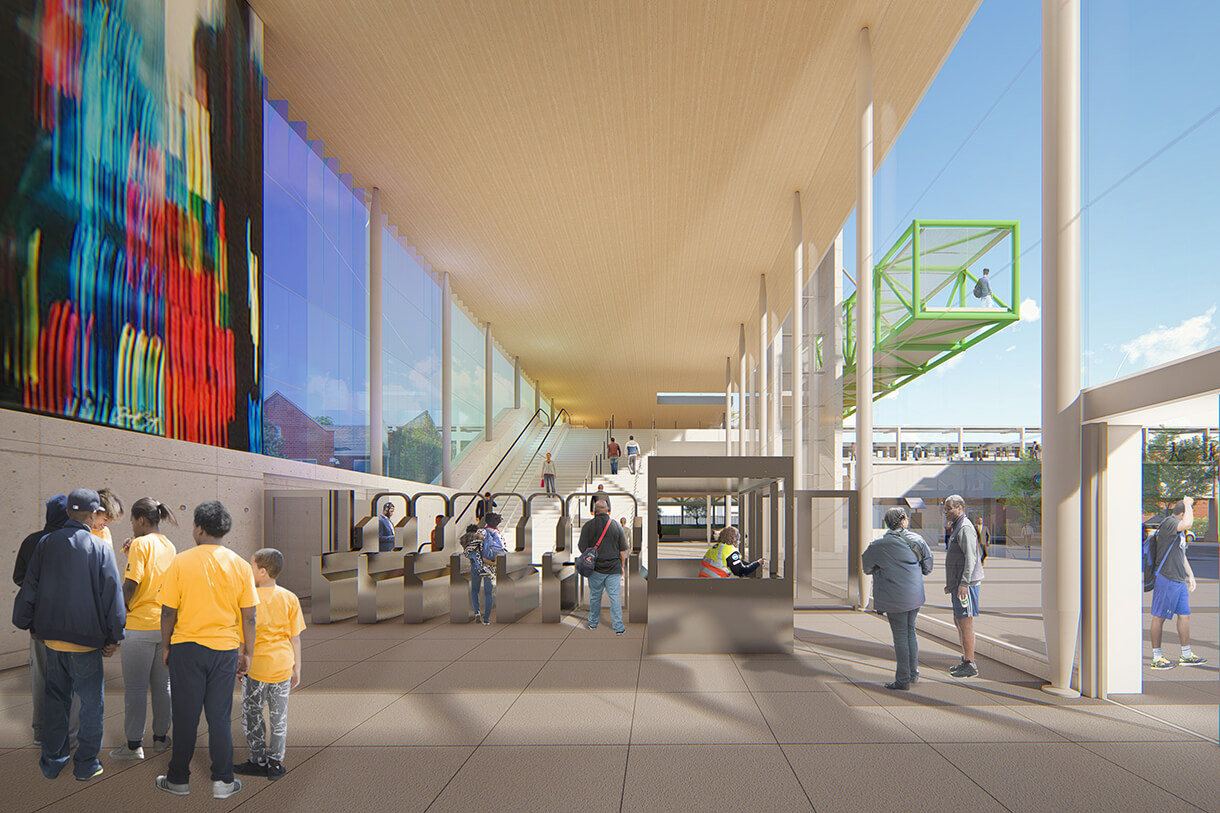 A rendering of the new CTA station that includes the space that artist Folayemi Wilson will create art for. Image courtesy of Chicago Transit Authority.
Co-Director of Academic Diversity, Equity, and Inclusion and Art and Art History Associate Professor Folayemi Wilson was named the artist for a new CTA station and was awarded a Graham Foundation Grant for her solo exhibition at the Hyde Park Art Center.

Co-director of Academic Diversity, Equity, and Inclusion and Art and Art History Professor Folayemi (Fo) Wilson was chosen to create art for a new CTA station to serve the Green Line at Damen Avenue and Lake Street which is expected to open in 2021. The announcement about Wilson was made at the groundbreaking for the new station on Friday, May 3, 2019 with Mayor Rahm Emanuel, Alderman Walter Burnett (27th) and the heads of the Chicago Department of Transportation (CDOT), and Chicago Transit Authority (CTA).

Watch the coverage from ABC-7 here:

Wilson was also awarded a Graham Foundation Grant for her solo exhibition Dark Matter: Celestial Objects as Messengers of Love in These Troubled Times at the Hyde Park Art Center. According to the grant website, Dark Matter “presents slip-cast vessels as cosmic orbs, with other media to create a dynamic environment as a celestial Afrofuturist landscape. Soundscapes, NASA video and the orbs landing from space from a shotgun house-like structure that appears to have come from another realm, embodies the artist’s desire to infuse love and restore dignity to a culture that is troubled with unfortunate manifestations of fear, hate, greed, shame, and a disregard for others. The project, is to produce a unique 12” LP catalogue that will document the exhibition and a live performance as a closing event and response to the work by musician Ben LaMar Gay and visual artist, poet, and alum Krista Franklin MFA '13. The LP catalogue will be produced as a limited-edition artist book and will include images of the exhibition and writings by the artist and others.” More information on Dark Matter can be found here.

The Graham Foundation awarded over $460,000 for 63 new grants to individuals worldwide that support projects on architecture for 2019. The grant projects “represent diverse lines of inquiry engaging original ideas that advance our understanding of the designed environment.” Grants awardees are selected from over 500 proposals, and the funded projects include exhibitions, publications, films, and performances that “promote rigorous scholarship, stimulate experimentation, and foster critical discourse in architecture.” More information about the Graham Foundation can be found here.