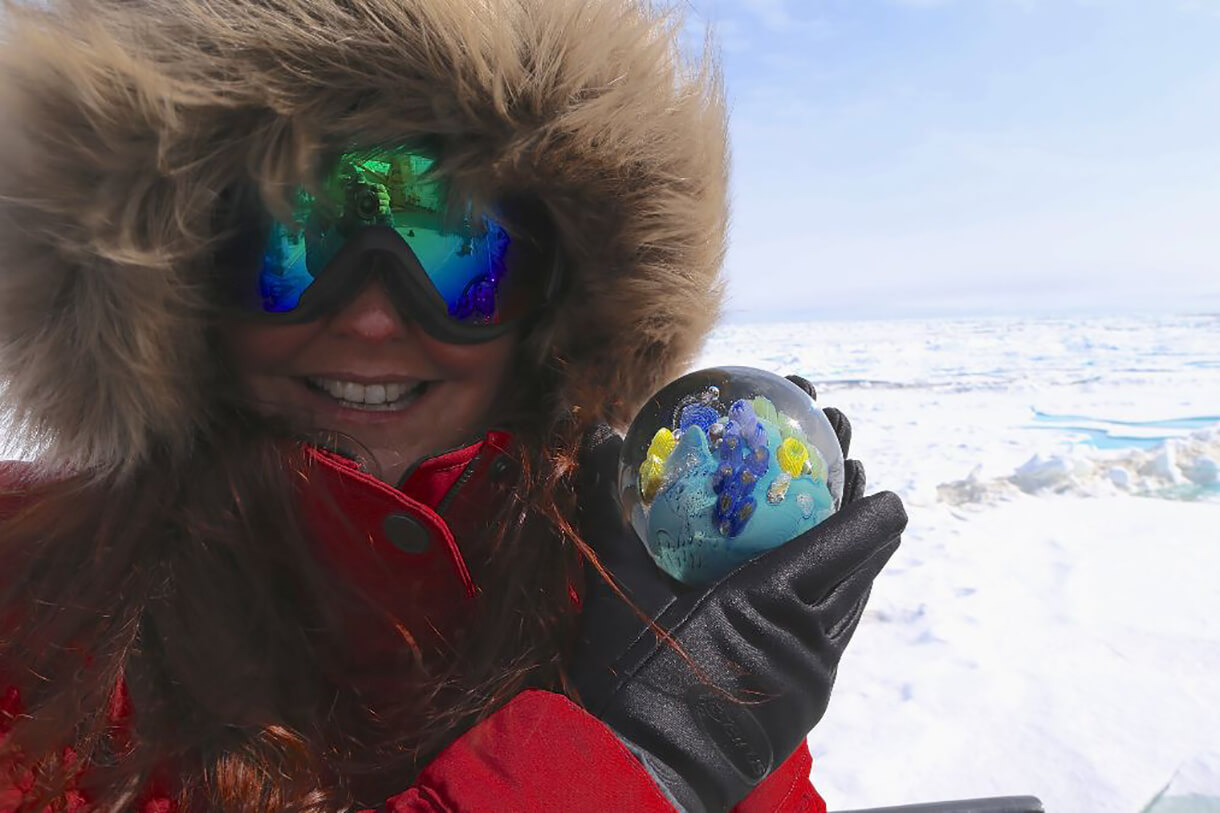 Image courtesy of Michele Hoffman Trotter
Hosted by Lyric and Lecture, this event—a collaboration between faculty members, alumni, and students—will present ideas about the hidden universe within oceans.

The making of Microcosm involved Trotter, Caplan, cinematographers Katherine Brennan, Frazier Nivens, Annie Crawley, Mathew Broughton, and coordinator of education and outreach and Cinema and Television Arts alum Carlee Belt '16. All cinema pieces being shown during the event were edited by Columbia interns and alumni, including Cinema and Television Arts alum Donna Marie Siegel ’18 and student Hannah Vanderkooy. Visuals were captured in the Arctic, Hawaii, Florida, the Socorro Islands, and other locations. In addition to filming Microcosm, the team sent out daily news, interviews, lesson plans, and updates to educators across the country for a virtual classroom experience.  Free classroom material created can be found here.

The Enter the Microcosm: A Hidden Universe within Our Oceans event invites audiences “inside the pitch,” as Microcosm’s team seek to pitch their story to potential network partners. This presentation will be complete with Trotter’s photography as viewers become acquainted with the microscopic ocean universe and learn about the ways people might help solve some of the world’s most pressing environmental challenges.

The event will take place on Wednesday, February 20 at the Gorton Community Center. The event begins at 7 p.m. and tickets can be purchased here.