Truth to Power: Documentary Filmmaking as Catalyst for Change

There’s a spirit to the Spitz family style of documentary filmmaking that’s distinctively grounded in the Chicago tradition of storytelling.

There’s a spirit to the Spitz family style of documentary filmmaking that’s distinctively grounded in the Chicago tradition of storytelling. Like the eminent voices of the past now woven into the city’s fabric —Sinclair, Algren, Wright, Brooks and Terkel, among others—they take an intimate, informed and impassioned approach to social justice issues. Yet, this Chicago tradition is ever evolving, and in some cases, increasingly active. Storytellers today aren’t limited by the lines between artist and activist. They are one and the same.

In the world of documentary filmmaking, these artist-activists are creating new models for storytelling and social impact at Groundswell Films, a Chicago non-profit organization founded by Cinema Art + Science faculty member Jeff Spitz and his wife and business partner, Jennifer Amdur Spitz. Working across cultures and with other notable, award-winning filmmakers, Groundswell has produced acclaimed films and public engagement campaigns, garnering Sundance Film Festival, Emmy and PBS honors while breaking news and influencing public policy. Projects range from exposing the impact of uranium mining in the Navajo Nation’s Monument Valley (The Return of Navajo Boy) to exploring de facto segregation in Chicago’s public housing projects (The Greens), among many others, but their chief aim is to speak truth to power. 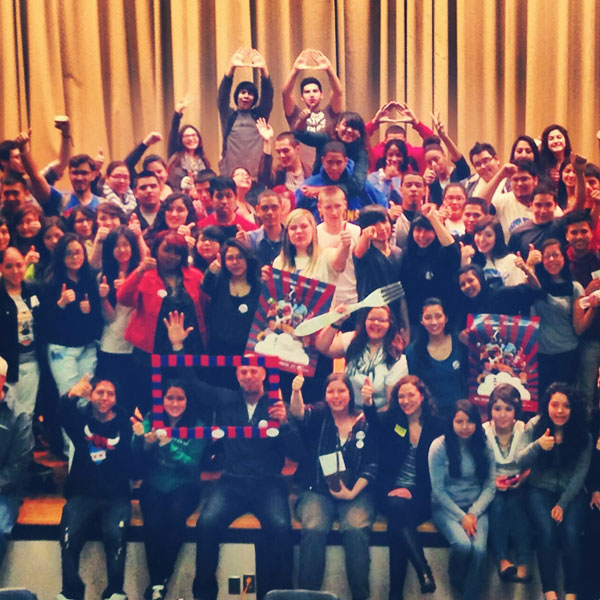 As an associate professor at Columbia College, Jeff embraces this same practice and brings interconnectivity between the classroom and larger communities. For example, his Topics in Documentary (a.k.a. “The Doc Unit”) class challenges students to get out of their comfort zone, explore a constellation of subjects and unearth voices and stories waiting to be told.

“Columbia College is a powerful incubator for documentary filmmaking,” said Jeff. “There’s a natural authenticity to the documentary process, which requires inquiry, storytelling, legwork, networking, and real face-to-face conversations that can't be substituted by a virtual experience or Kickstarter campaign. That real-world process and real-world community begins here in our classroom.”

For his current film, Food Patriots, now screening at film festivals and colleges nationwide, Jeff hired former students Mitch Wenkus, cinematographer, and Arlen Parsa, associate producer. He also hired Columbia alumnus John Farbrother as editor. This new film is a personal and political odyssey, documenting the Spitz family’s struggle to grow food in the wake of their son’s (Sam) bout with a food-borne illness. Food Patriots exposes the proliferation of antibiotic use in poultry, a practice that has led to more resistance and virulent strains of bacterial infection, otherwise known as “superbugs.”

The Spitzes not only reveal a food revolution as the film unfolds, but in true Chicago social activist form, Jennifer partnered with Change.org to collect more than 174,000 signatures to remove the risk of superbugs from the school lunch program. It was the first time Change.org partnered with a mom/filmmaker to lobby for a policy change. Jennifer and Sam have also personally lobbied Congress on the issue as part of the Supermoms Against Superbugs campaign.

For Sam, growing up with parents involved in arts and activism opened a creative pathway for him, even though his primary area of study wasn’t film. He holds history degrees from Colgate University and Oxford University (M.A. forthcoming June, 2014). While an undergraduate, Sam took a semester off in 2012 and decided to take a course in documentary filmmaking at Columbia College. It so happened that Jeff, that semester, was teaching “Topics in Documentary: Chicago – My Kind of Town.” As a student in that class, Sam started developing The Greens—about Chicago’s Cabrini Green housing projects—which is now screening as a companion to piece to CNN’s Chicagoland series.

“I wanted a different perspective on the changes that were taking place in my hometown,” said Sam. “So, I got inspired when the dean of students told us to treat Chicago like a classroom at orientation.”

Sam first started his project focusing on the Red Line train that connects Chicago’s most southern and northern neighborhoods. He wanted to review “the landscape that shaped one of America’s most segregated cities.” Sam took to exploring more of the city, and soon met a local barber. While getting a “fade with a line,” Sam told the barber, Teddy, about his project, and Teddy told him about Cabrini Green. They soon discovered they had spent most of their lives just four blocks from each other on Division Street, where Sam went to private school while Teddy lived on the other side of the Chicago River, in the high rises. Teddy offered to take Sam for a walk down his side of Division, and the rest is history.

The Spitz family members are currently screening their respective films, and continuing to engage audiences in the issues at the heart of their films.

“We like the idea of a film extending beyond the end credits,” said Jeff. “Stories that emerge in the documentary process, can move seamlessly into the space of advocacy, and become a powerful catalyst for change.”

For more information and upcoming screening for The Greens, visit: www.thegreensdocumentary.com.

Update on The Return of Navajo Boy: In April 2014, a $5.15 billion settlement, the largest ever recovered for environmental enforcement, will go to 22 states impacted by one corporate polluter.  Exposed by Spitz’s documentary the Kerr-McGee corporation will pay nearly $1 billion to the Navajo Nation to help clean up 50 abandoned mines. The story continues to unfold at www.navajoboy.com/webisodes.